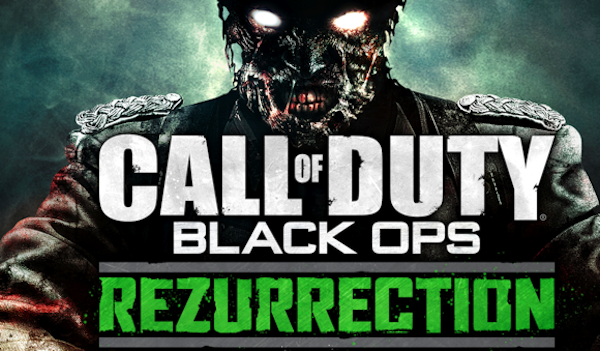 “Moon, the first Call of Duty level to catapult players into orbit, delivers outrageous new weapons, high-tech gear and unstoppable hordes of low gravity zombie beasts, delivering the most epic, challenging and otherworldly Zombies experience yet. Rezurrection also brings back four of the original maps that spawned the Zombies phenomenon. Amplified by the firepower and visual fidelity of Black Ops, players can relive the nightmare of “Nacht der Ãœntoten,” escape the Zombie madness in the asylum of “VerrÃ¼ckt,” battle back the undead Imperial Army of “Shi No Numa,” and pull the plug on “Der Riese,” the zombie factory that started it all.

To toast the release of Rezurrection, Treyarch will host Double XP from September 23-25.”