Developed by Codemasters, Operation Flashpoint: Red River is a FPS military ‘simulation’. They were kind enough to send us a copy for review, and I was lucky enough to have the opportunity to give this game a once over. I can say, I’m glad that I had the chance to play this! So on to the review.

So lets start start at one of the coolest intro videos I have seen in a long time, it’s gritty, it’s humorous, and its got some facts in there about past issues, conflicts, and political unrest. They put quite a spin on it, the intro really had me hooked and I then became invested in the story. It has a certain style, to which I can’t name, but there are commercials that follow the same style. 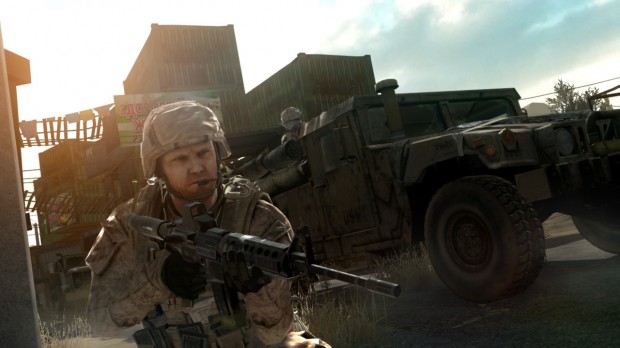 Now let me start by saying, this game is nothing like your typical, cookie cutter, generic FPS shooter, with over the top, “I’m a super hero, watch me kill an entire army on my own”. No, this game requires, strategy, cunning, teamwork and patience. It’s squad based gameplay sees you commanding a squad of battle hardened, bad ass marines. Codemaster tried to recreate realism as much as possible. The marines are supposedly modeled after real life marines, and from a few videos, and talking to a few military buddies, they are pretty accurate, as far as lingo, slang, language and attitudes. At times it does seem a bit far fetched, but when you think about it, it doesn’t seem so far fetched.

The main character of the game SGT. Knox, is quite a talk box, it’s like this guy runs on fission batteries. He never shuts up. He has A LOT to say. You start or end a mission with a bit of a ride in a vehicle, and thats where it becomes a bit trying on the nerves, but in all honesty the trips don’t take too long and before you know it, it’s time to get to shooting! 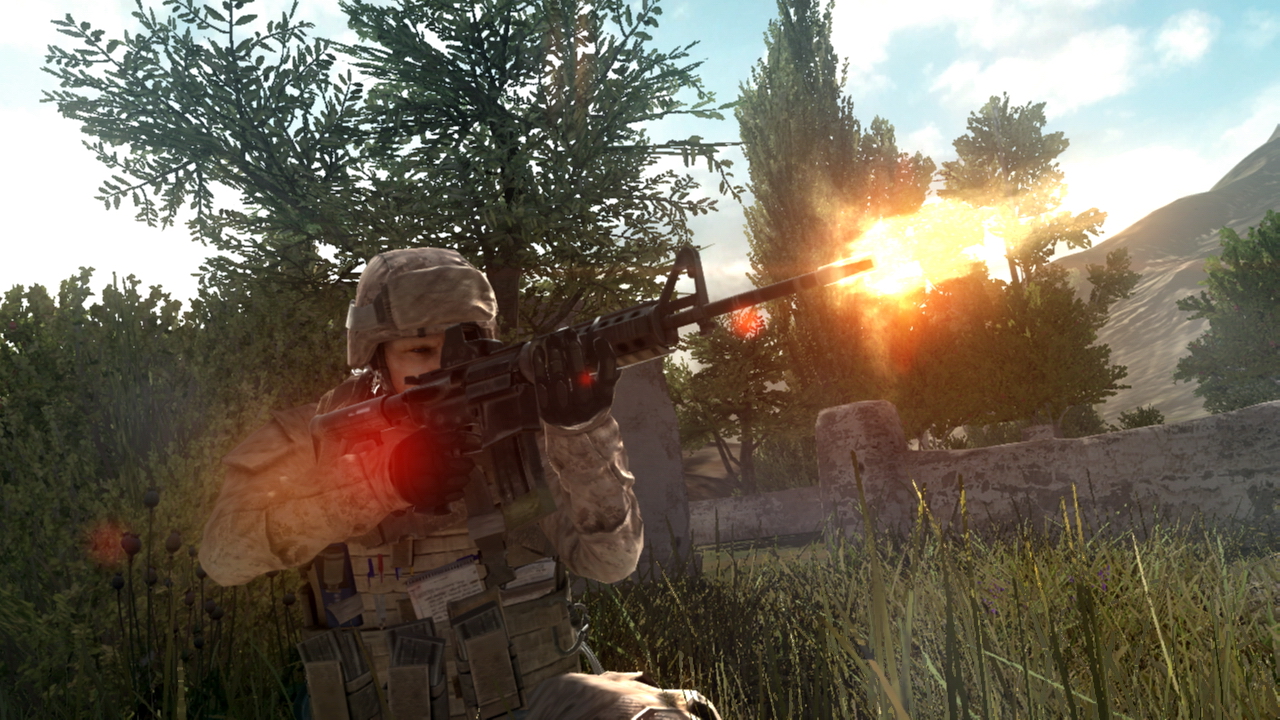 The game is story based and has no online multiplayer, other than co-op story mode, it also has fireteam missions that seemed more arcadey. Once the mission, kicks in you are given instructions on how to command your squad mates to complete your objectives. Here is where things become apparent that this is not your typical shooter, I made the mistake of thinking this was just another over budgeted shooter, I ran out to be a superhero and was quickly shot dead by a terrorist I never even saw, at that point I was impressed, finally an FPS with a degree of difficulty and realism. Missions take you through a variety of locations, which I found to be well detailed and quite vibrant, even for desert terrain and plain run down shacks.

The AI is quite robust, they will stop at nothing to kill you and your foul mouth buddies, when you use suppressing fire the enemies will use cover to move to a safer spot and continue trying to kill you, they will also use teamwork to pin you down or a teammate while a few of their buddies move to a better spot to shoot you dead from. That’s where the game gets a great deal of its challenge from, you can’t just drop your squad mates at any old spot, there are a lot of variables to consider when planning engagements, or even movements for that matter. On that note there are times when the AI does fall a little short, and seems to glitch out, but I found those instances were few and far between. It only takes a couple of bullets to bring you or a friend down, but fear not, you can always be revived, or if you’re really in a bind you can bleed yourself out. 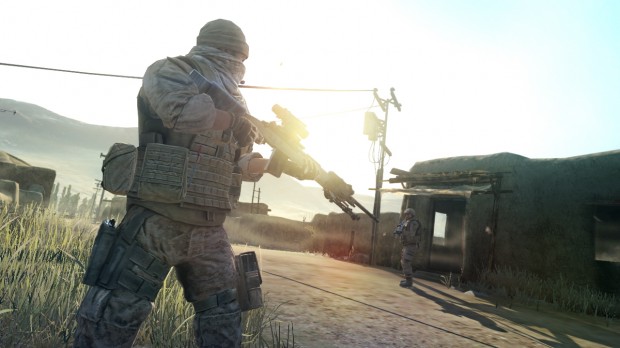 Tension is thick in the game once you get more into it, with having to command a squad to make sure they don’t die, explosions, radio traffic, and other battlefield happenings make the game a unique experience. The fact that the enemies in this game are some of the most dangerous I have ever faced, just adds to this fact, step into a clearing without doing a little recon’ and BAM you’re dead, for me this is a big selling feature. Reality, it makes the game so much more enjoyable for me, may not be for everyone, but it’s something that everyone should experience just once, I found it to be well implemented, and something that ties the game together quite well.

The game features authentic weaponry and equipment for use that you can use in a variety of load-outs, and offers plenty of customization options leaving you with a wide range of variations on a handful of soldier classes. In closing I found this game a fresh change in a bloated genre and found it delivered on most areas, at times it falls short when the AI glitches out and acts pretty dumb, or when you have back to back vehicle rides, which can tend to slow the action down a bit. All in all I found more to love about this game than I found to dislike, I think Codemasters did a great job on this game and I really enjoyed playing this title, for shooter fans, this is a rent as you may not like the ‘realistic simulation’ aspect, as for simulation fans that enjoy more down to earth action and a real thinker of a game, pick this title up, I think you’ll find its worth the price!

[review pros=”Realistic simulation style
Challenging, strategy based gameplay
Challenging, intelligent AI” cons=”AI glitches out sometimes
At times vehicles rides are too long
Some may consider the dialogue too offensive
Gameplay may be too hard for some gamers” score=85]

This review is based on a retail copy of the PS3 version of Operation Flashpoint: Red River provided by Codemasters.