Post apocalyptic America, Alien invasion, viruses, slim chances for survival and one tough son of a bitch! Resistance 3 picks up with former Army soldier Joseph Capelli who was dishonorably discharged due to an unfortunate event with former Resistance protagonist Nathan Hale, that I dare not spoil.

After Joseph was discharged from the Army, he gave up fighting the Chimera and started a family of his own in a small underground outpost that housed a few of the surviving humans left on Earth. In the years that Joseph decided to give up fighting and lived as a family man the only way a hunted species could, he was later visited by a Russian scientist known as Fyodor Malikov.

Malikov was a scientist who formally used humans as test experiments by mixing Chimeran DNA with theirs in order to create a vaccine for the Chimera virus. Joseph was not exactly on the best terms with Malikov and didnâ€™t really lend him a helping ear. Malikov explained there was a Chimera tower in New York City that was opening a wormhole of sorts in the sky that was dropping the temperature of the planet drastically. He went on to say that if it wasnâ€™t taken out of commission, humans would not be able to survive on Earth anymore. Joseph, being the former Chimera killer of sorts, was Malikovâ€™s best bet in succeeding however Joseph turned him down immediately but only to be convinced shortly thereafter by his wife to do the right thing.

This is where Resistance 3 begins. Joseph reluctantly takes up arms and escorts Malikov north through several trials and tribulations involving alien Chimeran, criminal humans and one eyes jack in the boxesâ€¦with the goal of reaching New York City to destroy the Chimera tower.

On your adventures, you will obtain various Human and Chimera weapons with upgradeable features and secondary firing methods. To me, this is what sets Resistance apart from other FPS games. 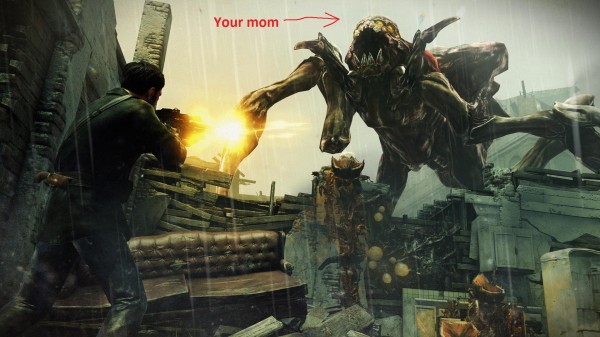 Many of the weapons were seen in previous Resistance games, however there are a few new ones to add to the arsenal. Here is a list of all weapons in Resistance 3.

HE .44 Magnum â€“ Powerful weapon with a secondary option to explode all bullets that have been fired. Shoot a Chimera, then hit the button to blow him and all parties guilty by association.

Bullseye â€“ a Chimeran rapid fire submachine gun with a large clip. Secondary fire allows you to tag an enemy and all rounds that follow the tag will go straight to the target regardless of what direction you are facing.

Auger Mark II â€“ Great weapon that allows you to both see and shoot through walls! Its secondary fire will deploy an energy shield that nothing can penetrate with the exception of Auger rounds.

Marksman â€“ a carbine that shoots in 3 round spurts. Its secondary fire will deploy a mini-turret that will take out troves of Chimerans while you wuss out behind a wall.

Rossmore Shotgun â€“ Itâ€™s a shotgunâ€¦that shoots stuff. It does have a useful secondary fire that deploys a concussive shot that knocks down enemies.

Mutator â€“ a chemical weapon developed in prison (donâ€™t ask) that will turn enemies into exploding polycystic infections/your mom! Itâ€™s secondary fire will deploy a nauseous mist that will take down a crowd much likeâ€¦.your mom.

Deadeye â€“ Chimeran sniper rifle with a secondary shot of super-charged energy that is unstoppable.

Atomizer â€“ Shoots out a beam of electricity for crowd control. Secondary fire shoots out and orb that sucks Chimera into an electric vortex of spinning awesomeness.

Sledgehammer â€“ Itâ€™s a sledgehammer. You hit stuff. Itâ€™s secondary fire is hitting stuff again. Somehowâ€¦.Sledgehammer has a flash light fixed to it much like your weaponsâ€¦Yes I named it Sledgehammer. Please refer to him by name and not â€œthe sledgehammerâ€.

Cryogun â€“ Freezes stuff. Secondary fire is colder, much like your moâ€¦.never mind you get it.

EMP Grenade â€“ We all know what this is. If not, TOO BAD! 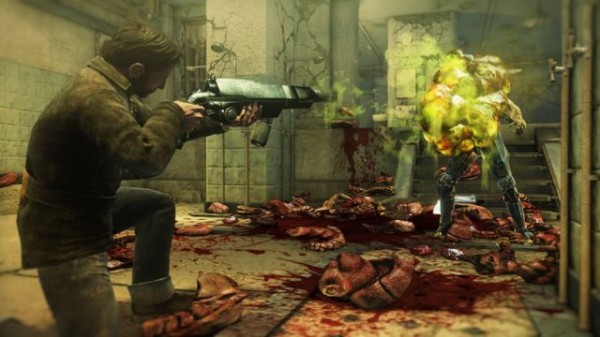 Resistance has an unfortunate stigma in the industry that makes it feel like a forced series. Resistance 1 was a great launch title for the PS3, but going against the 360â€™s second generation FPS titles, it was a tough uphill battle despite how great Resistance 1 Fall of Man actually was. Itâ€™s multiplayer was ahead of its time.

Resistance 2 was a complete transgression in the wrong direction from what Resistance really was all about. Many things were changed to make it more like your typical FPS in hopes of having the game garner greater traction with the consumer however that backfired as fans (myself included) shot back about how much we disliked the game.

Resistance 3 is return to greatness. Not only is it the best Resistance to date, it quite possibly has one of the best single player campaigns of any FPS this generation. I completely enjoyed the campaign from beginning to end using the entire crazy and creative arsenal while loving the story the whole way. You will find yourself at war with not only the Chimeran, but some of the remaining human population as well. This reminds me of a Discovery Documentary I watched one time about the end of the world by alien viruses. It detailed how the remaining humans of the world would form small communities that donâ€™t allow stranger in or out very easily, how religion (both current and newly formed ones) would take a strong foothold, how the more devious humans would steal and kill and how the Aliens would continue to attempt to eradicate the few remaining humans. All of this happens in Resistanceâ€¦.wonder if the developers watched this documentaryâ€¦â€¦

Resistance 3 multiplayer is also a step up from the previous rendition. It has mostly your typical FPS online matches, however there are a couple of match types that set it apart from others and are very fun. With power ups like dopplegangers, energy shields, ammo & health area of effects, strategy is key and it never really gets old.

In addition to multiplayer, Coop is another feature gracing Resistance for the 2nd time. You can play through the entire campaign with a friend helping each other out if your non-regenerating health gets depleted (in fact there is a trophy for doing this 20 times).

With all of the greatness that is Resistance 3, it does have a few quarks. Glitches have been found all over the game, some making me want to kick kittens. In one scenario I was fighting a Widowmaker, a giant exoskeleton creature from what seems like Starship Troopers (not your mom). It has red areas that are susceptible to gunfire and as you destroy them, a couple others pop up. You continue replacing these red bulbous sacks with your ammo until itâ€™s dead. Well at one point in the game these red spots go invincible. Itâ€™s completely random when and if it does and it took me eight attempts to get past this part. I know others who never had the problem even once, but I was FURIOUS after spending 10 minutes unloading ALL of my ammo into this thing several times over to finally figure out it was glitched.

Other areas that I found glitches was when the geometry of the game fell out into pure whiteness. Thought I was in the matrix for a minute. I also had Chimerans spawn in my face at a dead gallop which normally puts me into a suicidal fight or flight mode that makes me yell and throw something at my feetâ€¦normally grenades.

While these little annoying glitches do appear, they really donâ€™t take away from the game overall. If you have held off on Resistance 1 and 2, but still have even the slightest inkling of interest in playing it, Resistance 3 will not let you down. 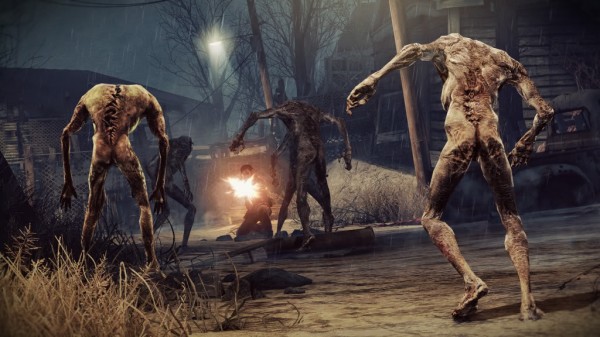 [review pros=”Amazing storyline
Deadley and unique arsenal
Dynamic progression of the game” cons=”Lot’s of glitches
Previous entries of the series were sub par in ways
No Nathan Hale!!” score=85]

This review is based on a retail copy of the PS3 version of Resistance 3 provided by Insomniac Games.