Dismissing Products Based on Battery Life: Justified or Are We Asking Too Much? 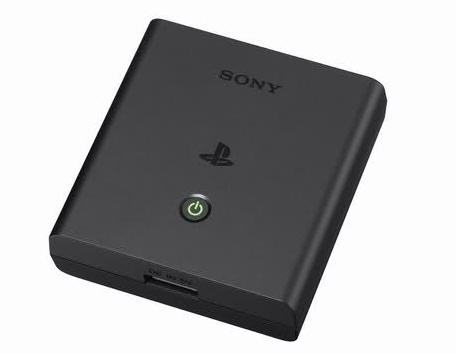 So todays portable electronic products are failing to impress us in battery longevity today and Sonyâ€™s Playstation Vita and the Nintendo 3DS are no exception to this rule. Iâ€™ve read time and time again about how people want to cancel their pre-orders due to the battery life. Are these people justified or are they living with unrealistic expectations? I wasnâ€™t too sure myself so I decided to do a little research.

We find ourselves asking why battery technology is so far behind other electronic technologies and the real answer to this is kind of interesting. To the contrary, Lithium-Ion battery technology has far surpassed that of other technologies. In fact the chemistry and tech of the Lithium-Ion batteries have been tweaked so much, and so much ground has been gained that there really isnâ€™t much room for improvement with the current chemistry we use today without sacrificing the current safety and pricing models.

Thatâ€™s not to say that break-throughs for this technology donâ€™t and wonâ€™t still occur. I mean our products have certainly evolved to possess quad core processors/GPUâ€™s, large HD screens, multitasking while running apps in the background, etc and the batteries still give us an acceptable amount of use for the most part.

We are essentially constrained by the chemistry of Lithium-Ion batteries. In the end, for us to see vast improvements in our gadgetry battery life, we will need a new technology using a new chemistry. It will take some time finding a new tech that is no more dangerous to use then Lithium-Ion batteries already are now and are also reasonably priced.

Currently there are studies and breakthroughs for solid-state Lithium-Ion batteries. Basically they have found a way to remove the electrolyte solution almost completely from Lithium-Ion batteries and essentially build a bridge for them to carry the power between the anode and cathode. This allows them to increase the batteries output by 200-300%, shrink the battery as a whole and keep temperatures down. The problem with this technology is that it is 20-30% more expensive than the current batteries we use today.

In the end, the more bells and whistles we add to our electronics will result in poorer battery life. There is no way around this until the solid-state Lithium-Ion batteries become cheaper to produce or a new technology rears its head. Dismissing a product based only on its battery life is in fact setting an unrealistic expectation at least for now. Many devices are often built from the ground up based on their batteries and thatâ€™s one limitation I canâ€™t wait to have removed.

In the case of the Vita, it will come packaged with a built in 2200 mAh or milliampere-hours battery while the 3DS sports a 1300 mAh battery. The Vita will also have an external battery option that is 5000 mAh. You can expect 3-5 hours of gameplay on the Vita which is in the same ballpark as the 3DS even though it runs a much smaller battery and this is due to the power needs of the Vita.

Battlefield 3 DLC Coming One Week Early For The PS3