With over 1,000 cars, 26 different locations, and 71 different tracks available in the game, Gran Turismo 5 is easily PlayStationâ€™s most respected and exclusive racing simulator. The game was developed by Polyphony Digital and published by SCE, then released on November 24th, 2010 as the first entry of the Gran Turismo series to be developed for the PS3.

As the release date of the Xbox 360 exclusive racer, Forza Motorsport 4, is closing by, questions were rising of what team Polyphony Digital has been up to? The answer came shortly after â€¦

In a series of twitter messages, Gran Turismo Series creator Kazunori Yamauchi started to reveal more of a Gran Turismo 5 major, FREE update to be released in the second week of October. The major update, entitled â€œSpec 2.0â€, will answer some of the fans requests, including a few technical patches and improve some of the game features.

The coming Gran Turismo 5 Spec 2 update is an update that contains the feedback from the users playing GT5 online every day. We have added cars such as the newest NASCAR race cars, but many of the updates are those that improve usability and expand the field of game play. I believed from the initial release of Gran Turismo 5 that it would be the users that would make the game grow thereafter, and we added things like interior views for the standard models because there was a lot of request for it from our users. You could say that this update is the shape and form of GT5 that was created through the opinions of our fans … Kazunori Yamauchi 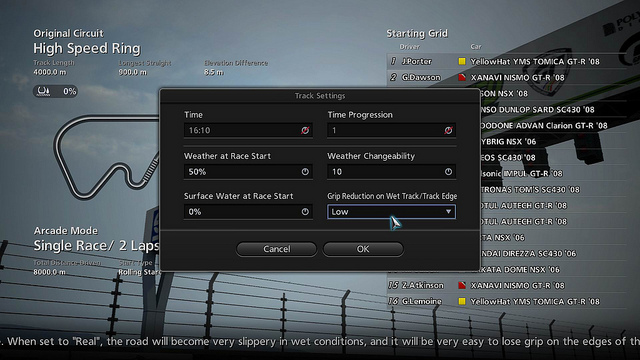 One of the new Feature in the Spec 2.0 update is the User control of the weather change feature

According to the official PlayStation blog, there will be a future DLC, which probably will include a racing car pack, a track pack and a racing gear pack. Donâ€™t get your hopes up, because it is not yet clear if the DLC will be free, which I highly doubt, at least for PlayStation Plus subscribers. On the Plus side, as of this week you can pick GT5 up for only $39.99!

Gran Turismo 5 ‘Spec 2.0’ update will be available on October 11th for all fans worldwide. Between the price drop, the free update and the future DLC, it will be idiotic not to include one of the greatest and most respected PlayStation racing simulators in your collection.