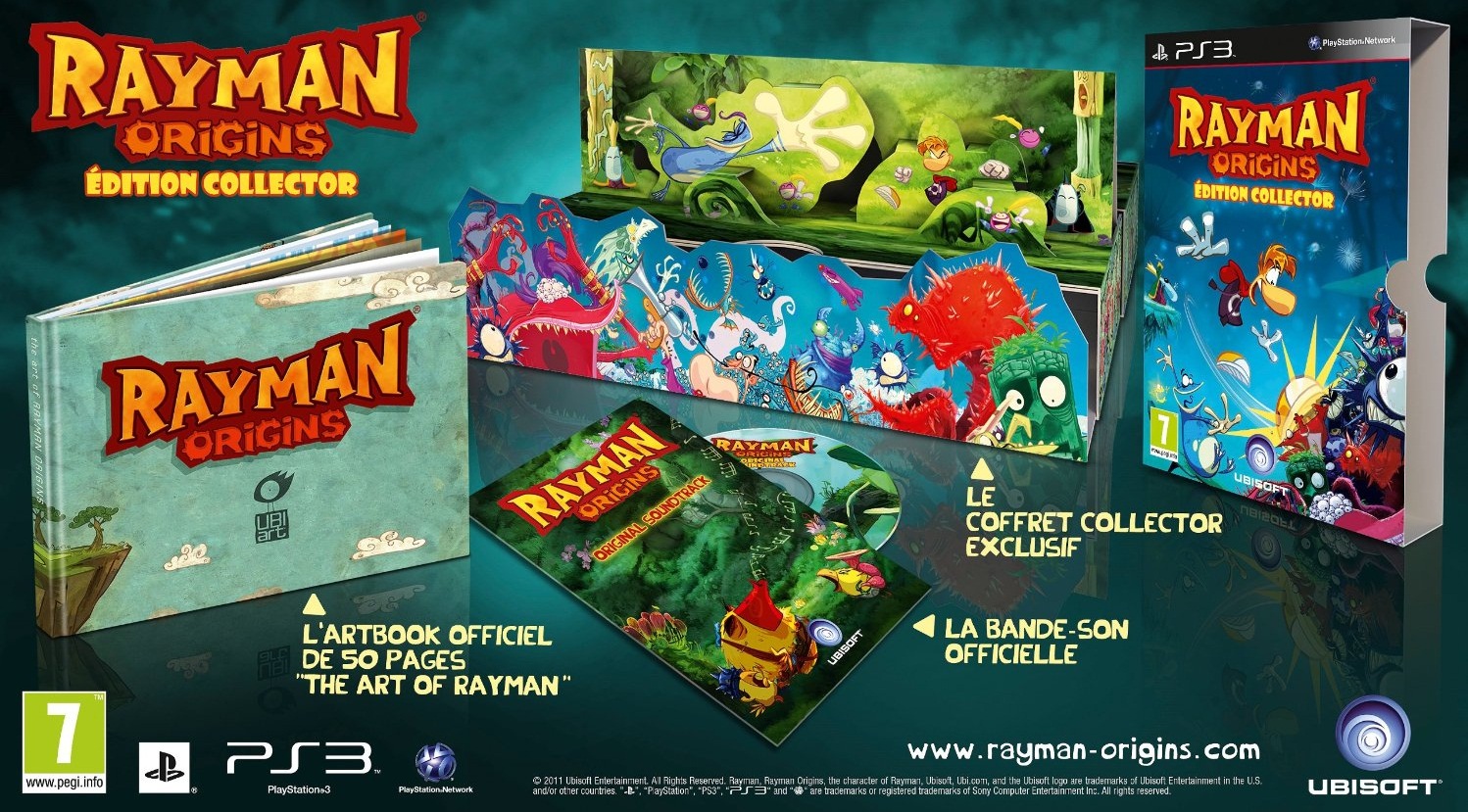 According to Amazon.fr, Ubisoft’s 2D platformer: Rayman Origins will be getting the collector edition treatment. The story follows Rayman and his friend Globox as they fight Darktoons and other evil creatures that have infected the Glade of Dreams. The Game was officially announced back in E3 2010 as a downloadable title for PSN and LIVE, later in E3 2011 the developer announced expanding the title to a full retail game to be release for PS3, Xbox 360, Wii, 3DS and PS Vita.

The Collector’s Edition of Rayman Origins is priced at Â£79.99 and will be available on November 24th in Europe . No confirmation yet on a similar version being available when the game launches on November 15th in North America but hopefull Ubisoft will announce something soon.

EdEN is sure to buy one of these since we all know he just loves 2D artwork done right AND platformers that take the awesome that is Super Mario Bros and bring it into the new century.