War of the Worlds “Launch Trailer”

“Developed in conjunction with Paramount Digital Entertainment, The War of the Worlds is a dark and breathtaking new vision inspired by the classic H.G. Wells novel, retold as a single player, 2D action-adventure and narrated by the acclaimed and distinguished actor Sir Patrick Stewart.”

“Set in London, the gameplay narrative parallels the timeline and events from the 1953 movie adaptation, but introduces a new story arc, characters, locations, and sub-plots. With gameplay paying homage to classic cinematic platformers such as Flashback, Out of This World and Prince of Persia, the game follows the exploits of an unknown everyman struggling to escape the Martian invasion of London and rescue his family. Forced to think through insurmountable odds, players will outsmart an army of alien tripods, spiders and drones as they make their way through a landscape of total devastation.”

War of the Worlds is coming soon for the PSN. 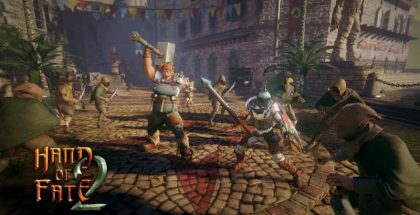