LittleBigPlanet 2: Special Edition and Move Bundle and a UC3 Costume 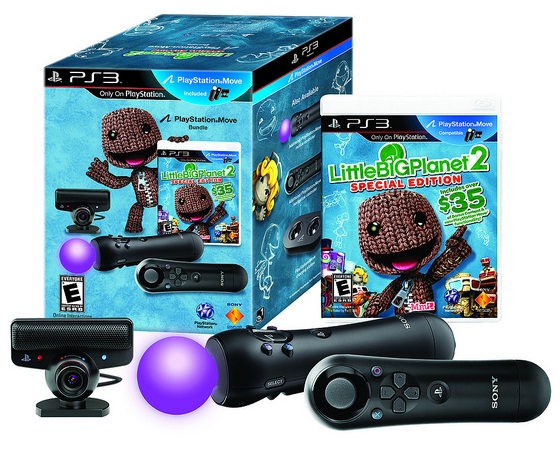 Have you played LittleBigPlanet 2? Do you own a PlayStation Move? Would you like over $35 of Bonus goodies? I am quit sure most of you will answer my previous questions with a Yes, but for others, whom haven’t got around to play SackBoy’s awesome adventure and/or haven’t purchased a PlayStation Move system, this is the bundle you’ve been waiting for.

LittleBigPlanet 2: Special Edition will include the following: 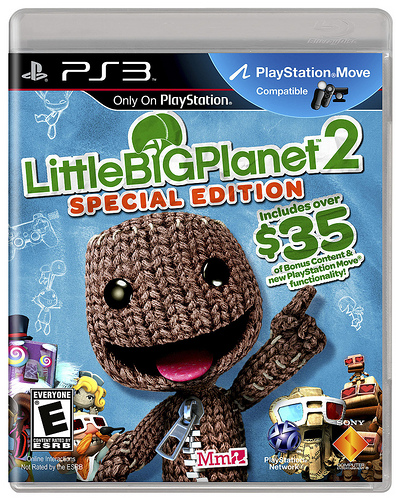 – PlayStation Move support: Now you can choose to play LittleBigPlanet 2 with all new Move controls and enjoy the over 6,000 Move games created by fans like youâ€¦FOR FREE! Endless Fun!
– LittleBigPlanet 2 Move Pack: Rise of the Cakeling: A whole new adventure in which a rogue cake threatens doom and destruction, and you Sackfolk must once again attempt to restore peace to Craftworld, featuring 5 new levels + 7 mini-levels, and tons of goodies. Plus, all of the cool new Move tools to let you Create and Share your own â€œMoveâ€ games for the rest of the community to Play! This suite of new creative tools give you the power to create your own Move games, record fluid motions, and paint your own stickers, while using a boatload of new stickers, materials, decorations, costumes, music, sound and sequencer objects that will vastly broaden your creative palette, and make your Popit burst at the seams.
– Disney/Pixarâ€™s Toy Story Level Packâ€“ five new levels + two mini-levels + one Alien costume and more goodies.
– Disney/Pixarâ€™s Toy Story Costume Pack â€“ Buzz Lightyear, Slinky Dog, Hamm, and Rex costumes for Sackboy!
– Pets Costumes â€” The full line of costumes (12) from the Cats Costume Pack, Dogs Costume Pack, and Even More Animals Costume Pack

Comes November 15th, Just in time for the holidays, LittleBigPlanet 2 PlayStation Move Bundle will be available at select retailers for you to purchase and it will include the following:

LittleBigPlanet 2: Special Edition will retail at $59.99, As for the LBP2 Move Bundle its priced at $129.99. Sony is also celebrating the release of Uncharted 3 with this awesome SackBoy/Nathan Drake custom, which will cost you $1.99 and will be available at the launch of Uncharted 3: Drake’s Deception on November 1st.

4 Elements HD is 50% off for US PlayStation Plus Subscribers