Come November 8th, SCEA has confirmed the release of Heavy Rain: Director’s Cut edition. The new version will include the DLC Expansion, Heavy Rain Chronicles Episode 1: The Taxidermist, along with the game’s soundtrack, bonus making-of videos and much more. Here is the full list of content included: 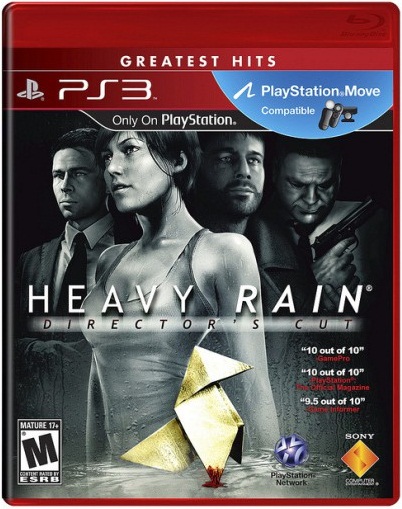 For those of you whom haven’t played Heavy Rain (myself included), the director’s cut will cost you $29.99. Also note that the Heavy Rain Crime scene theme will be free to download via the PlayStation store starting November 8th.