Sonic Generations of Skate This Friday 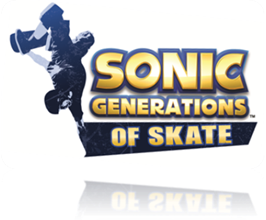 This Friday, November 25th on Fox Sports Network, witness the biggest names in skateboarding history as they compete in the first-ever Sonic Generations of Skate.

In celebration of Sonic the Hedgehogâ€™s 20th Anniversary and the release of Sonic Generations, the one-hour special features top professional skateboarders from three generations such as Steve Caballero, Sandro Dias, Pierre Luc Gagnon (PLG), Tony Hawk and Andy Macdonald. Skaters from each generation battle it out in teams over four events; performing various tricks, jumps and team routines.

Watch as one team is crowned the first Sonic Generations of Skate winner and receives their trophy from the legendary video game icon Sonic the Hedgehog.

Check out this highlight real of the event below.

Socom Series Creator Jumps In The Vita Wagon With “Unit 13”