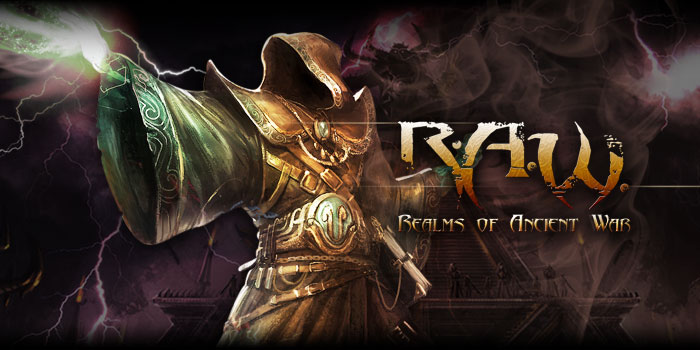 Wizarbox and Focus Home Interactive today unveiled new screenshots of their fantasy hack ‘n’ slash R.A.W. – Realms of Ancient War, which will be coming to the PSN in 2012. This is looking very promising, and I’ll keep you all updated as we learn more.

See screenshot and read more about RAW below.

This heroic-fantasy hack â€˜nâ€™ slash takes you on a continent ravaged by a war that raged ten years earlier. The four Kingdoms of Men, Elves and Dwarves lay in ruins, preyed on by raiders and looters. In this chaos, a new, unknown threat is looming… To discover its true nature, the kingdoms sent detachments to investigate, a dangerous mission from which no one returned. But what about you? You, who were in the wrong place at the wrong time…

Take control of a powerful Warrior, a dark Sorcerer or a Rogue master of stealth, and plunge into a grand quest full of action! The world of R.A.W. leads you, alone or in 2-player co-op, through many levels as rich as varied in every corner of the continent.

Along your quest, the experience gained through the violent battles you will fight and the weapons and magic items you will loot on the lifeless bodies of your opponents will allow you to develop the power of your chosen character. You will learn new powers and spells ever more devastating, some of which, when mastered, will allow you to inflict tremendous damage and eradicate several dozens of enemies at onceâ€¦ as they will often rally in hordes to fight you!

All the power you will be granted will not be too much to exterminate your outnumbering enemies. Thanks to your gift of incarnation, you will even be able to take direct control of the body of your most powerful foes, seeding discord and destruction right at the heart of enemy armies!

Invite a friend to join your adventure in an exciting co-op mode, where coordination and teamwork are essential ingredients of victory!