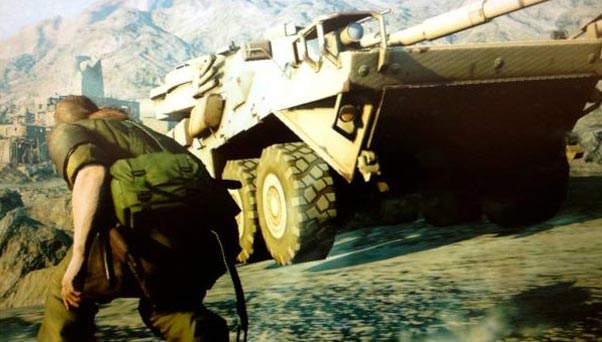 Metal Gear Solid creator Hideo Kojima is currently developing a new project that will eclipse his previous works in terms of game design. The above image is a teaser shot of the game recently shared by Kojima on Twitter.

In a new interview with CNN the 48 year old game developer disclosed a small bit of information regarding one of his current projects. Codenamed “Project Ogre”, Kojima stated that the mystery title will be set in a “very open world” with at least 100 hours of gameplay.

Don’t get too excited though. During the interview Kojima stated that “Project Ogre” won’t be ready for some time.

Devil May Cry HD Gets A Release