What’s Up With Final Fantasy Versus XIII? 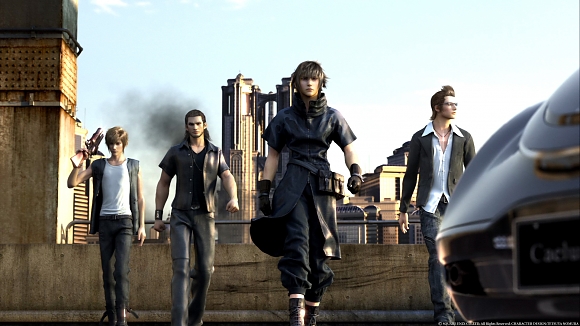 A lot of mystery is clouded about this game & has left many curious fans feeding in the dark for more news. Sure they’re a few screen shots & videos Square Enix has unveiled, but it’s not enough. We were lucky enough that the last FFversusXIII trailer released at Tokyo Game Show 2010 show us a glimpse of the gameplay & story. The development team behind FFversusXIII is responsible for bringing us the famous & enjoyed Kingdom Hearts series, which brings the anticipation even higher considering from what we’ve see in the last trailer since battle systems seems to be similar.

Although Square Enix has been duck & dodging us, we’ll just have to hope for something, like a Release date or a Demo at least & yes I’m talking to you Square Enix. So just keep your fingers crossed fans & hope this is well worth the wait.

If you haven’t seen the gameplay trailer yet click here