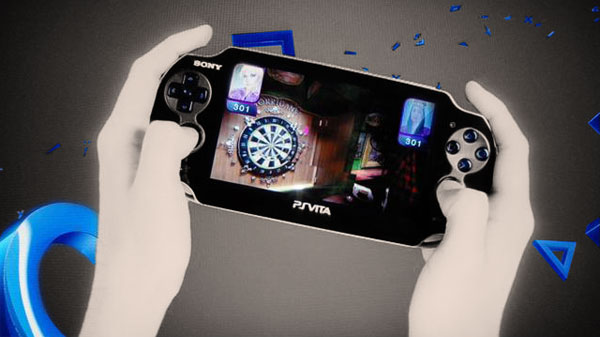 Last week, I was invited to an exclusive PS Vita Rooms Party here in the UK, and to be honest, it’s taken me all this time to digest everything to do with the event.

The PS Vita Rooms Party took place on Tuesday, 17th of January at 63 Deansgate – a highly popular stretch of road situated bang smack in the heart of Manchester, the city belonging to two of the world’s most admired football/soccer teams: Manchester City and Manchester United.

With the location guaranteeing maximum exposure for the PS Vita events in the North West of England, thousands of gamers filtered through the doors over 7 days to catch a glimpse of the console that has caused a stir over recent months.

With the event consisting of approximately 30-35 playable PS Vitas on two floors, approximately 10+ ‘launch day’ games on display, a DJ, free food & drinks, developers, and exclusive PS Vita accessories being showcased – you knew that this party was the place to be! 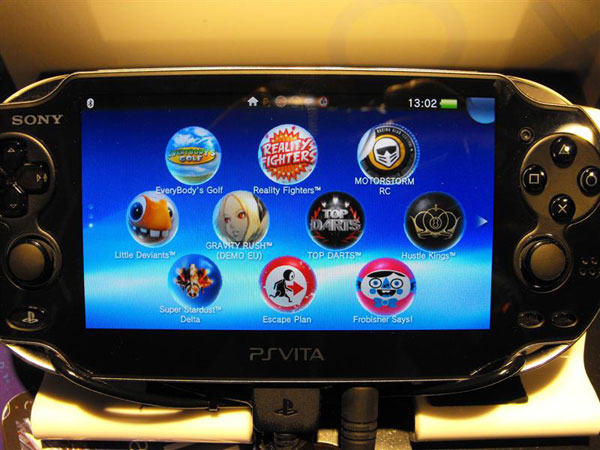 The handheld console, if you’ve not already seen it, looks absolutely stunning. The black glossy chassis is just beautiful, and with the most important feature of the console being a 5-inch (960 x 540) OLED multi-touchscreen, to say it simply makes games look amazing is an understatement.

With multi-touch functionality, you can play games in a way you couldn’t on the PSP, or on the PS3. Plus, the touchscreen isn’t the only touch sensitive feature of the console; the Vita also packs a touch pad on the rear side of the device, which, in time, will prove to be an important element of the console’s success.

Expecting it to feel a little heavy due to the amount of technology packed into the console, I was somewhat surprised to find how much it actually weighed. Let me put it this way, imagine a wallet or purse containing approximately 5 credit cards in it. That’s how much I thought it weighed – super light! In fact, it was considerably lighter than my mobile/cell phone. 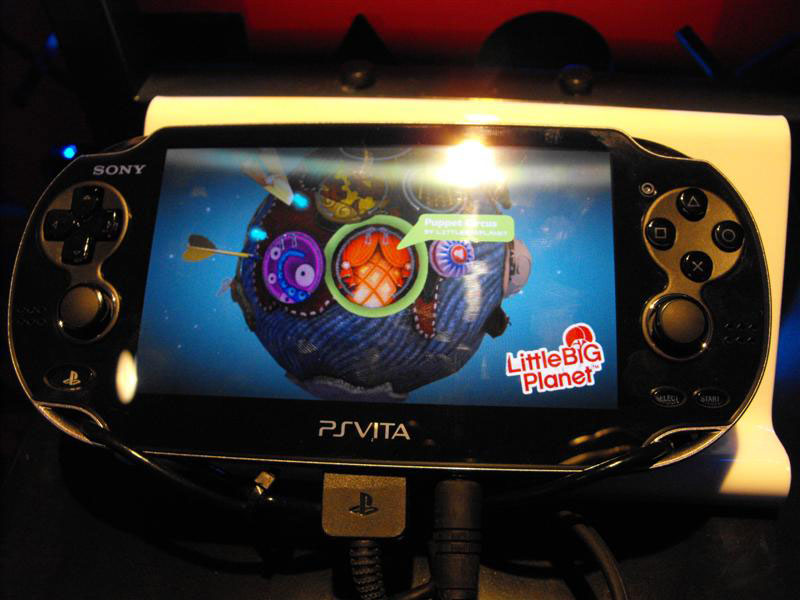 For those that are looking beyond the console and are focused on the games, here’s a list of games that were on show at the event:

Rather than spend quite a bit of time dissecting the games, which this report isn’t about – I’ll briefly go over just 3 of the key games I played. 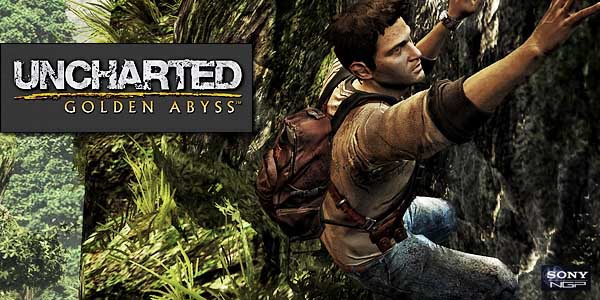 If you thought that Uncharted 2 and 3 were superb games, then you have another thing coming as Uncharted Abyss on the Vita takes things to a higher level. To start off, the graphical detail is just perfect – and if you’re all about gameplay, then you will not be disappointed.

The game follows Drake across South America in search for gold. I got the opportunity to play 2 levels of the overall game. I was put into situations where I had to snipe the baddies, and whilst sniping, you could tilt your console left, right, up or down in order to target your victim – this reminded me of the perfect Sixaxis functionality that was put into Super Rub A Dub, a Sixaxis game that was released alongside the PS3 back in 2006/7.

Whilst progressing further, I needed to cross over to another section of the level. I tried everything I could think of and nothing worked (I guess my level of intelligence isn’t as good as I thought). Turns out, in order to progress, you had to think outside the box. I needed a bridge – how do I do this? Simple, just stroke your finger across the landscape in order to create the bridge for Drake to cross. How awesome is that? I wouldn’t have figured it out if it wasn’t for the chap next to me.

With features and functionality such as this, you really were part of the game. 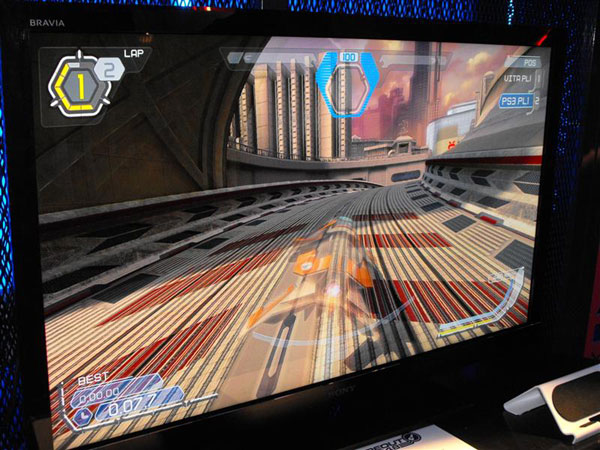 You may have noticed the WipEout HD (PS3) in the list above – nope, it wasn’t a typo, I’ll expand on that list entry in a few moments. For now, let’s concentrate on WipEout 2048.

Not so long ago, Sony had been quoted to say that WipEout 2048 will be the game that will sell the Vita – and they, for sure, weren’t lying about that. WipEout 2048 can be described in one word – amazing! OK, let me add another word to that – beautiful! I can imagine some of you thinking, yeah yeah, it’s just WipEout and it’s nothing special – no really, go and try it – you…WILL…be….blown…away!

I don’t really need to go on about how the graphics were like this and the playability was like that – it’s WipEout – you can’t go wrong with this title at all! It’s all it was meant to be – superb!

Now, let’s look at how the PS3 is involved here.

If you’ve played WipEout before, you know that it has a huge multiplayer following. Well, imagine this – you’re playing WipEout HD on the PS3, but you’re also taking on players in the same game who are playing on the PS Vita (see image above – note the players on the right). Yes folks, cross-platform connectivity is here. If that isn’t a selling point, then I don’t know what is.

So does this game make me want to go out and buy a PS Vita? Hell Yes! 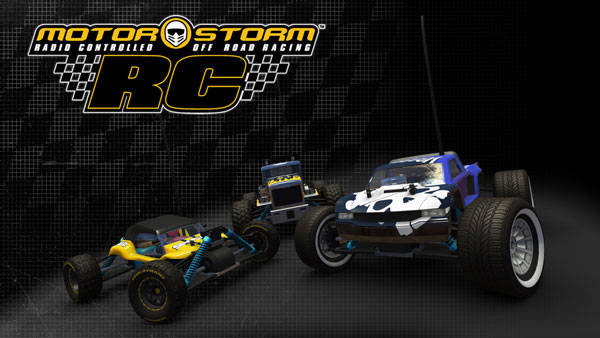 Evolution Studios are at it again! They had a launch day release for the PS3, and now they strike again with MotorStorm RC being their launch day game for the PS Vita!

MSRC took me by surprise, and although the title should have given it away for me (RC), I was expecting something a little familiar to what I’ve been playing in the MotorStorm series for the last 5 years.

With more than 100 customised cars available, which fall into categories such as Buggies, Muscle Cars, Superminis, Racing Trucks, Rally Cars, Supercars, Big Rigs and Monster Trucks, your bus journey into work is going to be more entertaining as you’ll be whistling around those crazy maps whilst hi-5’ing that old granny that is sat next to you each time you come first! With each game lasting around approximately 2 minutes, you can get at least 5 – 10 games played before you hit your desk.*

This is a quality, yet fun and crazy game to keep you glued to the Vita for hours!

It doesn’t end there either – if you have a Vita and a PS3, you can continue your progress on the PS3 and vis versa – saving you tons of time, and generally avoiding the need to prove yourself again that you’re a MotorStorm Legend.

* Depends on how long your journey to work is!

Each of the games I played tested the Vita’s functionality in one way or the other, and from 3 keys games I played, I saw some really good demos of functionality; cross-platform connectivity & continuity, motion sensors, touch-screen interaction – and I’m sure it doesn’t stop there. Once the developers get used to developing for this little beauty of a console, they’re sure to make you look and act strange in any which way they can by unlocking/packing some great interaction into their games.

A major thumbs up from me from what I’ve seen. I can’t wait to see how the Vita market will be in one years time.

Other than spending lots of time playing as many games as possible, I was eager to meet some of the other guests that were present at the party. We talked, we laughed and I made a fool of myself – quite normal for me though. 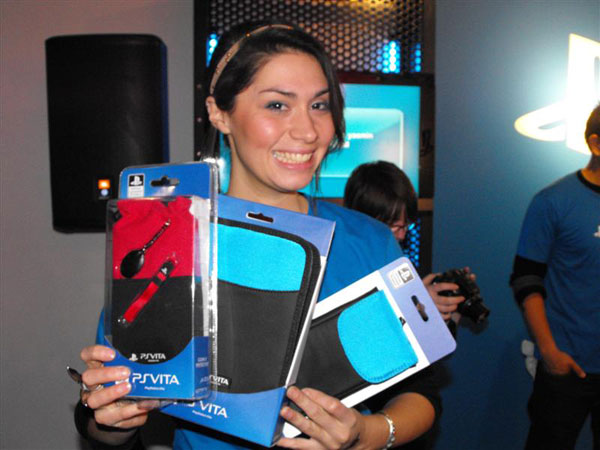 After a nice long chat about 4Gamers and what they’ve got in store for the Vita, I got an opportunity to see the accessories that will be available on launch day and I also got a sneak preview of an accessory which will make your Vita look even cooler than it already does.

Rather than spoil the surprise, I will be writing up a special on 4Gamers very soon. We’ll show you exactly what 4Gamers have up their sleeves for the Vita launch!

I also had the pleasure to chat to Paul Rustchynsky, Lead Designer at Evolution Studios, the guys (and girls) behind the ever popular MotorStorm series. I took the liberty to record the interview (clever me), which you can listen to below:

Last but not least, a big shoutout goes out to the well dressed @Keggs11, who forgot to change before he left work for the party.

Now, I am led to believe that this is how all Evolution Studios staff dress when they come to work – or maybe someone was pulling my leg?!? Yep – I’ve been had, haven’t I? 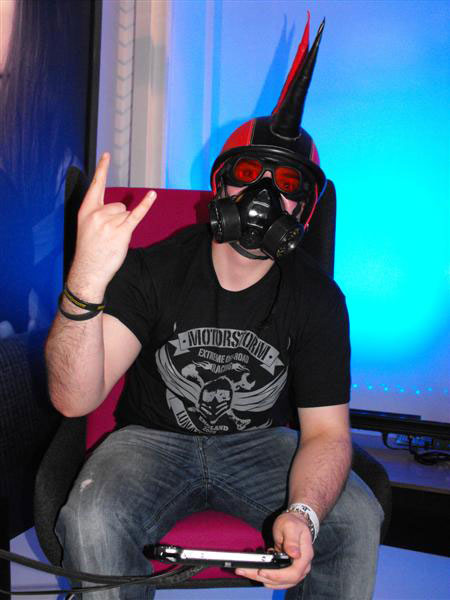 When it comes to technology, I’m like a kid in a sweet shop. However, I’m one of those kids that are very careful with their money and makes sure I’m getting my money’s worth. Then there’s the hope that my postman would just deliver a PS Vita out of nowhere – there’s always hope.

We’ve seen the PS3 go from strength to strength over the last 5 years or so, so I expect a lot from the Vita a few years down the line! Sony has a gameplan, and the Vita isn’t just going to be a PSP replacement, it seems there’s more to it than what’s been shown to us.

So, the party – yes, it was a huge success! The message was sent out loud and clear, that Sony really mean business with the Vita. The console is definitely going to knock your socks off – if you wear socks that is.

So, are you going to bag a PS Vita when it’s out? What are your reasons for picking one up? If you’re not getting one, other than financial constraints – why not?