FeaturedGame ReviewsLord of the Rings: War in the North
16 Comments

[Review] Lord of the Rings : War in the North

Lord of the Rings: War in the North is a hack and slash game based on the fantasy created by J. R. R. Tolkien. This story takes place during the same period as the books (or movies), but in the game, the tale told is that of another group of adventurers. There have been many attempts to translate the rich world of LotR into video games, and many have failed. However, while still not the definitive Tolkien experience, Iâ€™ll agree with the bold statement made in the cover: â€œthis is the best LotR game yetâ€.

After the movies came out (2001, 2002 and 2003), everyone started looking at this universe differently. Peter Jackson really raised the bar when giving life to Tolkienâ€™s stories, and I was glad to see this represented in the game. Environments are rich and varied; weapons and armor also have a very unique feel to them. Character models are simple, but youâ€™ll certainly note the resemblance of some of the known characters, like Elrond, Aragorn and Bilbo.

Effects are few, even when casting spells or using special skills, but this works out for the best because it does not get in the way of your view of the battlefield, which gets really busy at times. Textures are decent, but what really upped the visuals a bit was the lighting. Animations are the only thing that disappointed me a little bit, but only during cut scenes (and there are many), because combat looks really good and fluid. 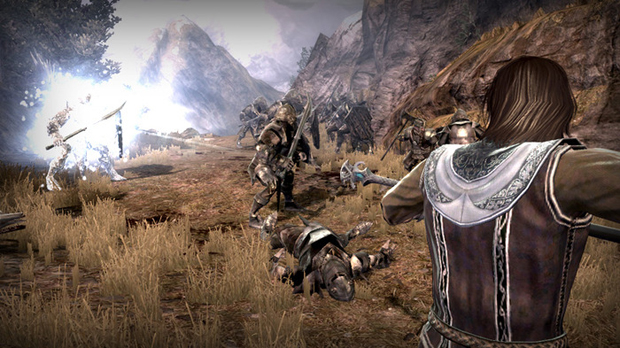 Like most action games, itâ€™s really simple to switch between weak, strong and ranged attacks. Special skills acquired through leveling are just as easy to use and can change the tide of the battle. Youâ€™ll play as one of 3 classes (ranger, warrior or mage), each has its own strengths and weaknesses, but since theyâ€™re always together it doesnâ€™t really matter which you choose. Just make sure itâ€™s the one more suited to your play style.

The ranger (based on Aragorn, a.k.a. Strider) is more of a DPS character and a great archer. His bow and arrow skills are extraordinarily useful, but he also handles close combat pretty well (unless surrounded by stronger enemies). The warrior (a dwarf that looks a lot like Gimli) is your tank character, with a bunch of war cries that will boost your party’s stats. Finally, the mage (which doesnâ€™t resembles much any of the members of the fellowship) is an elf with some great control abilities and also works as the healer and ranged defender. You can play as any of these characters (and change in between major checkpoints if you feel like it) while the computer (or someone else) controls the other two. Working together is the key to overcome the biggest challenges. 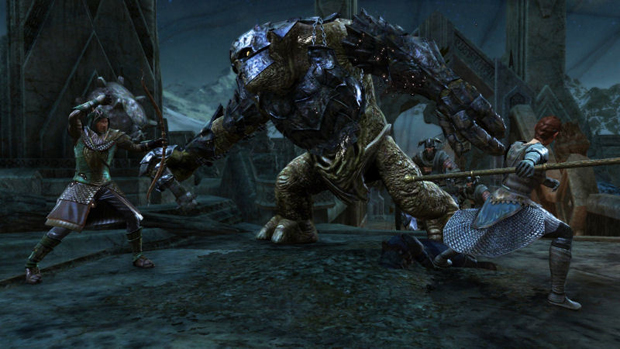 Based on the epic score of the movies, I was expecting the soundtrack to be more remarkable, but it ended up being a bit repetitive and otherwise uninteresting. Sound effects are good and do justice to the fun combat. Unfortunately, not the same can be said about the voice acting, which is very inconsistent. In a game with as many cut scenes as this, youâ€™d expect more, especially since Nolan North lends his voice to the ranger.

However, the dialogue does not sound like Tolkien, which only serves as aggravation. The story has you running after a sorcerer by the name of AgandaÃ»r to prevent a massive attack at the North ( ! ) while helping those who are somehow hindered by his evilness along the way. I thought it worked fine for the game, and while it might not be as epic as Frodoâ€™s journey, it certainly didnâ€™t feel out of place or sounded unbelievable in the overall scheme. Please note that Iâ€™m a fan, so donâ€™t take this lightly. 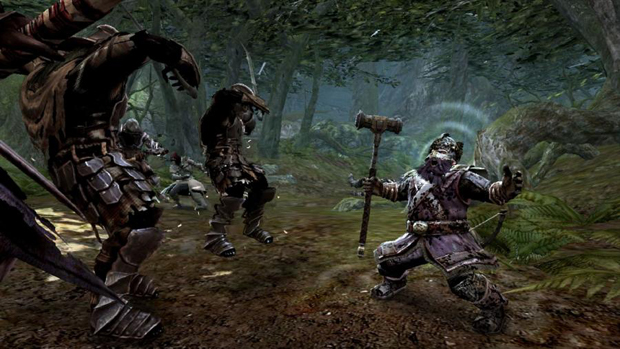 Like many action games, combat can get a bit tiresome at times. Fortunately, you can switch between characters and mix it up a little bit by trying different play styles every once in a while. I only wish you could do this on the fly right in the middle of fights, instead of having to quit and reload to do so. Co-op is certainly the way to go, since your AI partners arenâ€™t really bright and donâ€™t usually take orders that well. I also enjoyed having a New Game + option, since, for some reason, I always appreciate starting the game more and more powerful (however, at least 3 playthroughs on increased difficulties are required to platinum the game).

Overall, I was pleased with Lord of the Rings: War in the North. It certainly scratched my itch for something related to the subject and it was really interesting to see something new created for this rich universe, even if itâ€™s not nearly as good as the original. A hack and slash RPG with solid combat and placed in the best fantasy world ever created; this is how Iâ€™d describe it. A great time for anyone interested in one great cooperative game or just looking to revisit Middle-Earth.

The Last of Us – Teaser Trailer “Making Of” Video 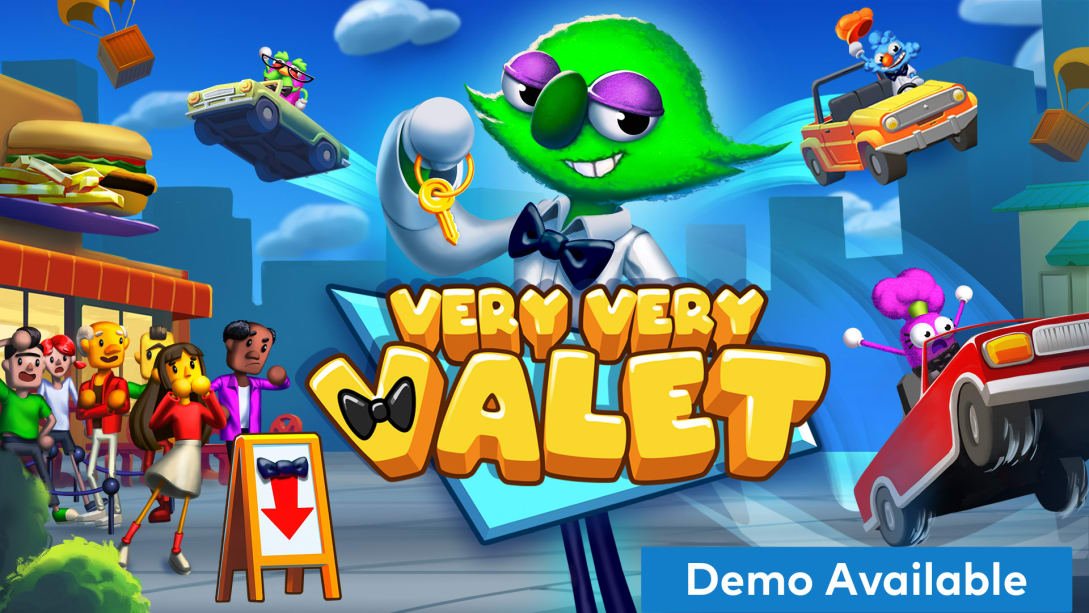 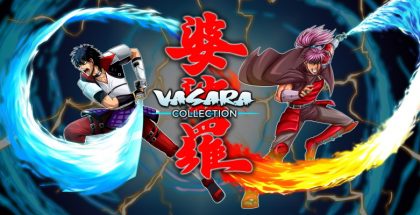 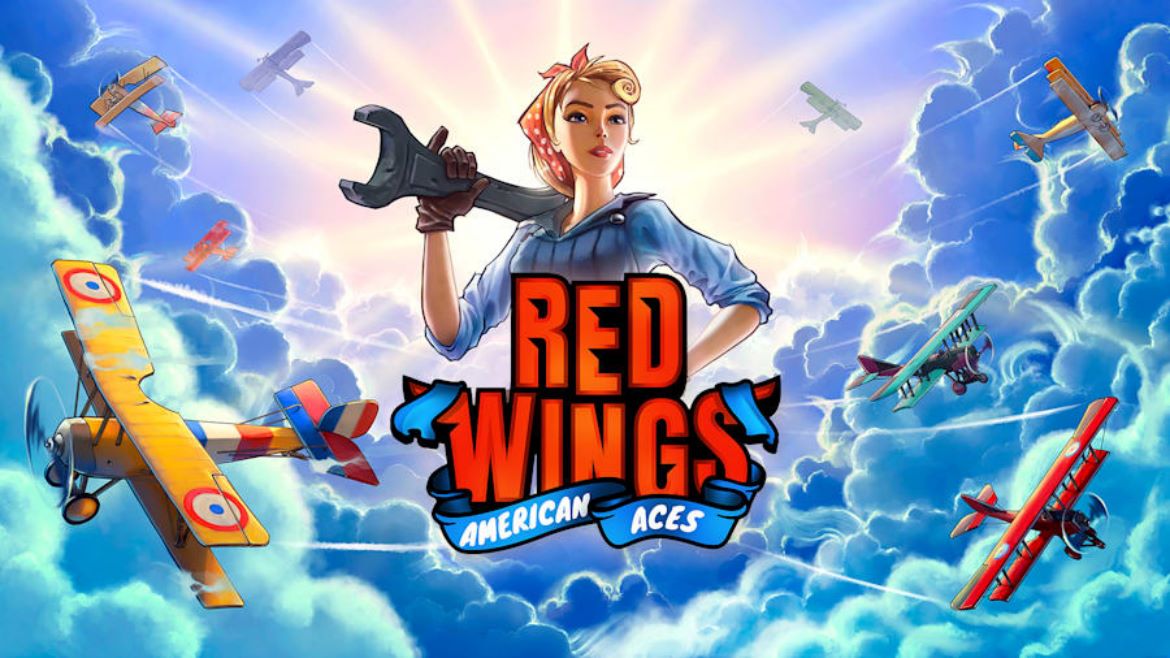