Jody Kelsey stopped by the Sony Blog to share a look at the Miami Marlins Ballpark in MLB The Show 2012.

On March 6th, you’ll be able to get your hands on MLB The Show 2012 for both Playstation 3 and the newly released Vita. The game features cross platform support, so you’re able to move around your save to make the most of your purchases. You can upload one save tied to your PSN account to the cloud and use that between both systems! 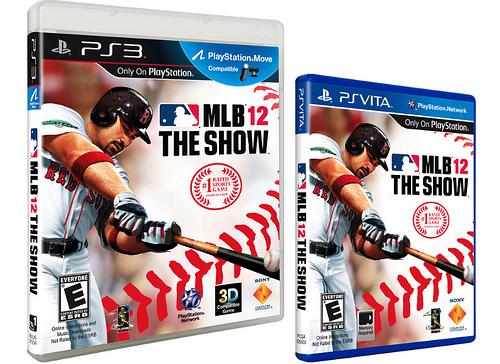 MLB 12 The Show is the latest release in a franchise has been the highest rated sports video game for the past 4 years. The Show enables consumers to immerse themselves in exhilarating baseball moments by delivering true-to-life gameplay, authentic franchise and season modes, and incredible detail not found in any other sports game. MLB 12 The Show builds on what has been delivered in previous franchise releases adding compelling features that bring unparalleled innovation and polish to the sports genre.

Full Move Support – Control all aspects of The Show with the Move Controller
Diamond Dynasty – Manage your very own fully customizable MLB team online. Challenge and beat CPU controlled MLB teams to recruit MLB stars for your team, and compete against other users’ customized teams for development points.
Cross Platform Saves – Save files between the PS3 and PSVita – continue your Season, Franchise, and Road to the Show on the go!
True Broadcast Presentations – Our biggest leap ever towards truly blurring the lines between a game day in reality and a game day in The Show.