After already playing Sam and Max Save The World (Season One) on Wii, Sam and Max: Beyond Time and Space (Season 2 on PC) and Sam and Max: The Devilâ€™s Playhouse (Season 3) on PS3, I find myself askingâ€¦ myself: how fun is the Season Two release on PS3? Letâ€™s find out, one episode at a time!

This episode changes things around a bit, and you can immediately tell that by the way the intro is handled. There is an underused group that should have been given the spotlight many, many years ago. For some reasons, developers have not been returning their calls, and now they must work where work is given to them. Their presence in this game will surely expose them to a bigger audience, so donâ€™t be surprised if they start popping up in other games as well. Who are we referring to? Why, to Zombies! There seems to be a new Zombie infestation going on, and Sam and Max must find the source of this problem so they can nip the bud, count the cards and close the hub. 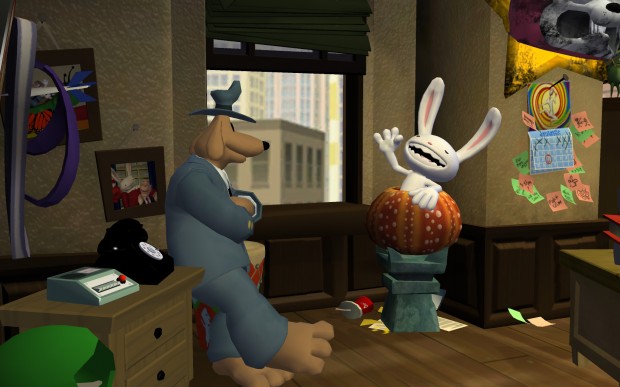 But wait, thereâ€™s more! As an added plot-twist to it all, Abe (good old Abe Lincoln giant head) and Sybil have separated after the events from Episode 2, as it seems that Sybil doesnâ€™t take lightly to some very obvious flirting on Abeâ€™s side towards that sexy Moai head we all lust over. How does Sybil take them lemons and make lemonade? She holds an open call for suitors! Very formal like and all. With forms.

There is also a new driving section this time around. The engine has been rebuilt from the ground-up to provide you with the most exciting virtual driving experience you could ever imagine. Now with more colors and a Paperboy inspiration! Blast those zombies by using a new flying weapon that has been specially designed to fly in a straight line, hoping to hit them hard enough to end their non-existence! 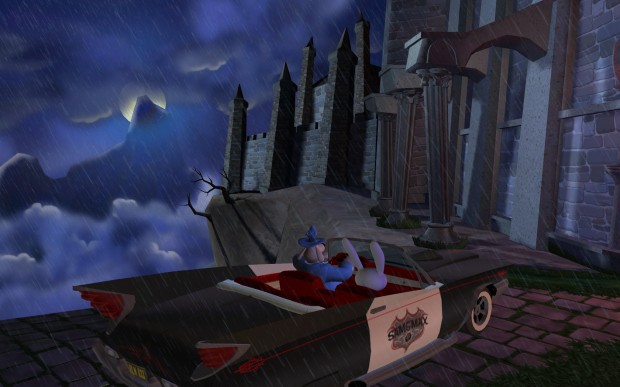 Your adventure will eventually take you to Sttutgarr, home of the Zombie Factory. Not really what you think. The place is run by Jurgen. Kinky vampire. Emo vampire. Prick of a vampire. Vampire. Sam and Max must stop Jurgen before it is too late to stop him, and they must use everything they have at hand to do so. How far are our dynamic duo willing to go to achieve this? How about Sam and Max on a rap duet? Yes, that is a bit oddâ€¦ even for them.

Night of the Raving Dead improves over the first two episodes of Season 2, and leaves us wanting more, more, more. Jurgen is an interesting character that will hopefully be brought back in later episodes, since he fits right in with all the other crazy/magical/illogical/kosher characters weâ€™ve come to love and deeply care for after so many adventures together.

Zombie attack! Droves of undead are converging in the streets. Now Sam & Max must confront their leader â€“ a Eurotrash vampire with a style all his own. Are the Freelance Police cool enough to outsmart this emo before his flesh-eating army usurps the western world?

Love me some Sam and Max. Own all 3 seasons, the Anniversary DVD Boxset AND the limited edition Hardcover signed by Steve Purcell.

This review is based on a copy of Sam and Max: Beyond Time and Space provided by Telltale Games. 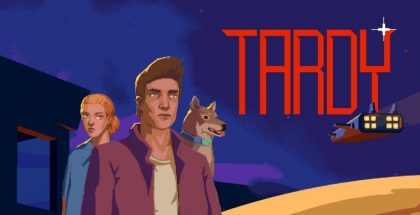