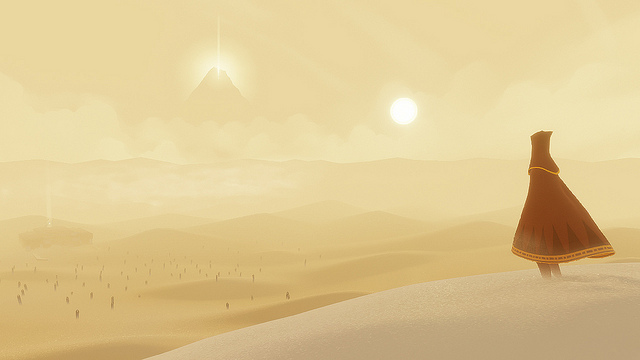 You may remember a little game named Journey. It was initially anticipated to release sometime last year but was ultimately given a Spring 2012 launch window. Today thatgamecompany announced that Journey will arrive in North America in just under a month from now on March 13th for $14.99. European and Japanese PS3 owners get the game on the 14th and 15th, respectively.

Not quite a Spring release since Winter doesn’t officially end until March 20th, but hey, who’s complaining?