This game is on my must have list and its looking better then ever. The trailer has 4 new playable characters to showcase as well as some of the colorfull envirorments.

Borderlands 2 will be released on September 18, 2012 in North America and September 21, 2012 internationally!

Read what Chris Faylor had to say on some of the major changes in Borderlands 2 after the jump.

And thatâ€™s just the beginning. It barely scratches the surface of some of the underlying changes, especially when it comes to the way that characters grow and become more powerful throughout the game. Each character has their own unique Action Skill at the root of their multi-tiered Skill Trees, and as you complete more quests and kill more enemies and gain the necessary experience to start working down those Skill Trees, youâ€™ll come across skills that do more than just add passive stats and perks â€” they change the way that character plays.
Letâ€™s talk about Salvador the Gunzerker, for example. When you trigger his Action Skill, heâ€™s able to temporarily dual wield any weapons in the game. And if you just want to run and gun and blow everything up and cause as much chaos and destruction as possible, thereâ€™s a Skill Tree for that. Or if you want to make him more of a tactician and focus on nailing that one perfect shot for ridiculous damage and money, thereâ€™s a Skill Tree for that as well.
And the same goes for the other characters. Mayaâ€™s Skill Trees and the way they alter her Phaselock Action Skill likewise enable players to customize the way she plays and the role she takes in battle, as do those of Axton and Zero.
As our Game Designer Jonathan Hemingway puts it, Borderlands 2 isnâ€™t just about making a few big changes and improvements, itâ€™s about making thousands of little ones as well. Everything is being tuned, refined, improved and reworked, and in the coming months weâ€™ll be talking much more about, well, all of that.

It is nice to see this game getting the love it deserves and few game changers to keep it al interesting. Theres a killer pre-order bonus as well which gets you a Golden Vault key and some Golden guns to show off. More information can be found HERE 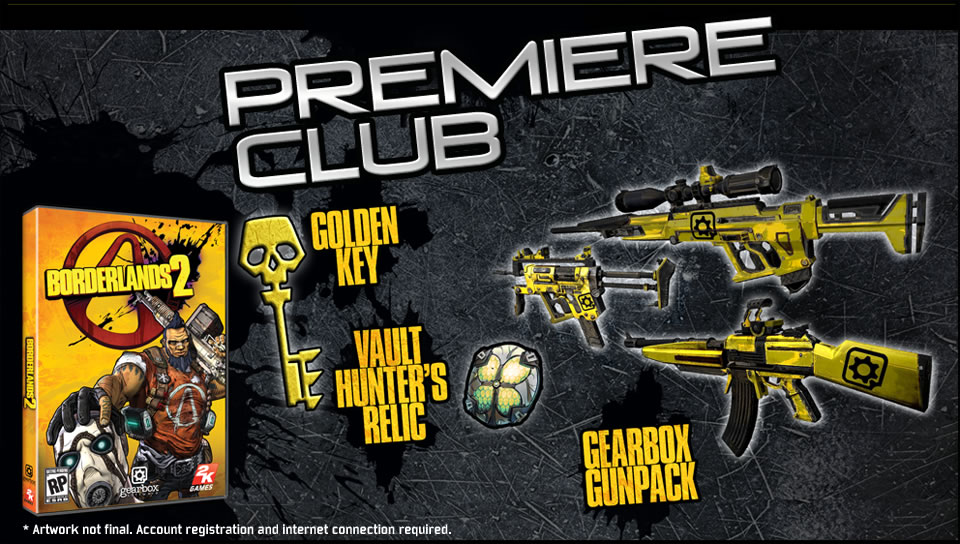 Starhawk Beta is Now Open to All