When I first saw a preview of Disney Universe at E3, I thought, “Little Big Planet Disney, my kids are going to love this!”

Disney Universe is an off-the-wall non-stop action adventure where Disney worlds and characters mix up for the first time. Suit up in iconic costumes and face challenges in legendary Disney worlds. Defeat enemies, collect coins and powerups, unlock new costumes and explore with friends as you battle in a mix-up of worlds inspired by numerous Disney and Pixar films.
Suit-up for action as more than 40 classic and contemporary Disney characters including Alice, Mike, TRON and Stitch.
Power up and explore 6 different worlds inspired by Disney and Pixar films
Team up with up to four friends to solve puzzles or defeat enemies or toss your friend into trouble!

Well, did they love it? Better yet, did I love it?


In Disney Universe you play as a little colored creature that wears one of 45 different Disney costumes. You start with six costumes to choose from, but unlock others as you complete levels.

There are only 6 themes worlds in the base game, but there are more available and coming as DLC. The ones available in the game are Pirates of the Caribbean, Monsters Inc., Aladdin, Tim Burton’s Alice in Wonderland, WALL-E and The Lion King.

“Each world has a specific look and feel related to the film property but with a unique Disney Universe approach.” The first world, Pirates of the Caribbean, has you play through “London, Blackbeardâ€™s ship â€œThe Queen Anneâ€™s Revengeâ€ and other scenes from the film and each of the worlds in the game draw from similarly recognisable film scenes or set pieces.” Each world is broken down into three main levels, with three parts for each level. At the end of each level, you “rescue” a new costume. Your objective is to fix the Disney worlds that have been hacked by a mischievous fellow by the name of Hex. 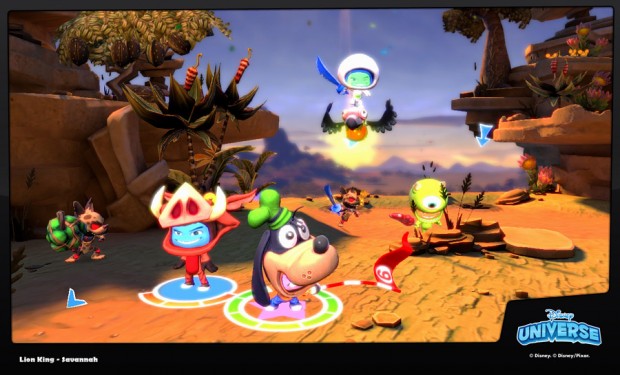 Playing through the levels requires different tasks, pulling levers, pushing buttons, moving items to other locations, etc. These tasks can be made easier by an optional arrow that shows you exactly where you need to go, and what you need to do to progress. This makes it much easier for the younger kids, or even for myself, when there was so much going on I got distracted. It wasn’t too much in the game going on, it was too much going on around me as I tried to help my 4 year old daughter catch up to the rest of us. The game allows, and for certain rewards requires, up to 4 player local co-op. This co-op greatly enhanced the game for me as I got to spend a lot of quality game time with my children. 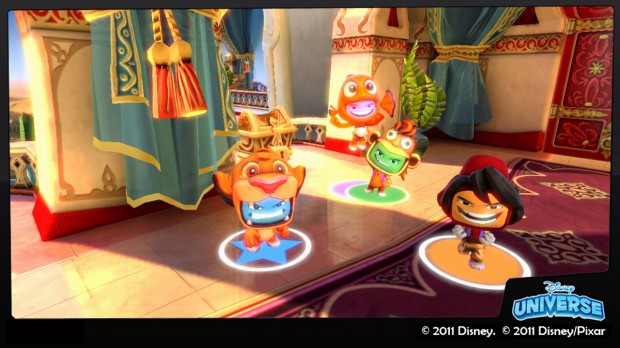 Besides these tasks, there are also baddies, or “minions of Hex,” trying to stop your progress that you can defeat by “button mashing” and hitting them with the costumes unique weapon. This “weapon” changes and becomes more powerful, as you collect in game bonuses to individually level each costume up. If you take to much damage and die, you just re-spawn in the same location with unlimited lives. This is a good bonus for playing with the young-ens. There are also Mickey coins to collect, which are required to purchase the unlocked costumes as well as for new worlds. Each level also has mini-games and other fun antics to make the levels more exciting. 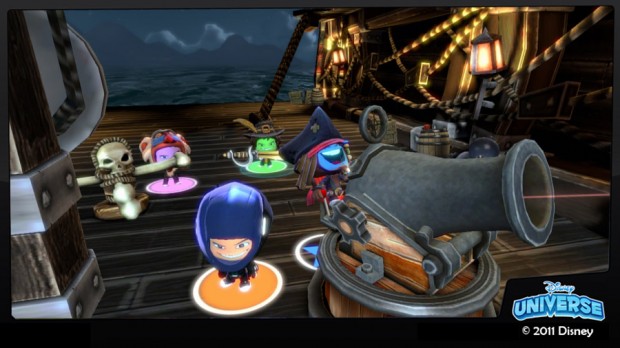 You will easily spend an hour or more within each world, and will need to replay them all at least once to unlock all the costumes. I’m not usually a big replay fan, but I actually enjoyed playing through the levels again. The game was fun playing alone, but was greatly enhanced playing with my children. So yes, I think we all loved it!