If you’ve played any of the MotorStorm games on the PlayStation 3, you’re in for a real treat. Previous iterations of this ever popular franchise have provided gamers with many hours of entertainment, and now this monster of a game reaches out to MotorStorm fans on PlayStation’s newest arrival – the PS Vita.

When I first played MotorStorm RC, it was at the PlayStation Access Vita Rooms Party here in UK. I managed to catch up with Paul Rustchynsky (Evolution Studios Game Director), who gave me a quick run down on the game itself before letting me loose on their Vita to experience it first hand.

It has been well over a month since I last played this radio controlled riot, and once I managed to get my greasy mits onto a copy of the completed game, I couldn’t help but agree that this game was going to be a deal breaker for many a PS Vita adopter.

For those that have been gaming through the early 90’s – do you remember games such as Micro Machines or Ivan ‘Ironman’ Stewart’s Super Off Road? If you do, then you know exactly what to expect from MotorStorm RC. In fact – scrub that, you’re going to expect that AND MORE! If you haven’t played any of these games, get Googling to see what you’ve missed out on. They were THE games to play back in the day! 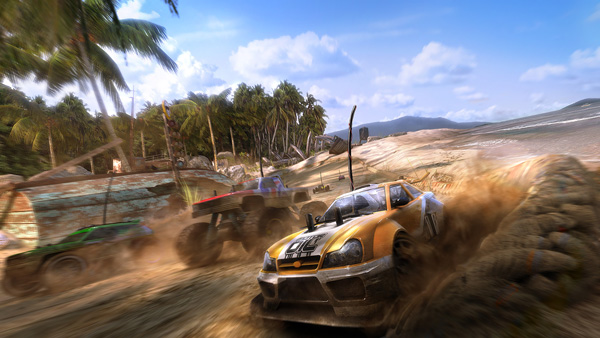 To ensure familiarity for existing MotorStorm fans, Evolution Studios have packed this title with tracks taken from previous MotorStorm games. You’re going get the opportunity to experience Apocolypse, Pacific Rift, Monument Valley and Arctic Edge all over again, with each map providing you with a whole new experience due to the sheer scale of the tracks – have I mentioned that they’re completely miniaturized! How insane is that?

Don’t worry, you’re not left with just the four tracks mentioned above – there’s many more to dig your teeth into.

In order to be able to progress through the game, you’ve got to complete challenges, which wins you medals and we all know medals unlock tracks, which in turn unlock rewards such as vehicles, challenges and much more. With each race lasting approximately a minute and a half, this makes it an ideal pick up and play title.

The controls are very simple to handle. With both analog sticks in use, 1 to steer and the other to accelerate/brake, Evolution Studios have applied common sense by keeping the controls simple due to the fact that real-life RC cars are controlled in more or less the same way.

Games such as MotorStorm follow a particular format, and with MSRC, you get exactly that. You’re going to find yourself battling against AI and ghost vehicles in the following race modes:

With around 48 challenges, 192 medals and approximately 24 trophies packed into the game, there’s plenty to get through before you get close enough to unlocking that much needed Platinum trophy!

The estimated time to achieve Platinum status on this game is between 10 – 25 hours, of course that all depends on how good you drive!

To take advantage of this, you simply need to purchase MSRC once and you get 2 copies of the game, 1 to play on your PS Vita and 1 to play on your PS3! Now that’s what I call a SWEET deal. Evolution Studios have certainly set the standards for other developers to seriously consider when releasing their games on the PS Store. 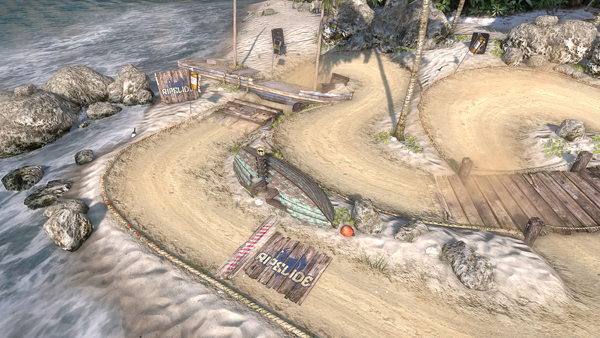 An added bonus for this title is that it has Social Networking integrated into it’s core. Through this feature, you can post your race times to both twitter and Facebook after each race. If you have friends who constantly view their profiles, and those that follow you via twitter, they’ll turn green with envy, especially if you’ve just scored a time they’re struggling to achieve.

The Online Leaderboards keep you in touch with the MotorStorm community and display the times scored by other gamers. A major plus point about this feature is that you can see the actual times that can be achieved on each track, and if you’re anything like me, you will be busting your balls trying to get your name on that leaderboard just so you can have that 15 minutes of fame before someone smashes your time and knocks you down the leaders list.

I would be lying if I told you that there’s nothing to be disappointed about with this game. Although there is enough to keep you busy for the next 6 months or so (depending on how much you play it), you can’t help but feel you want to pit your skills up against other gamers online, and that’s exactly what this game is missing – a multiplayer mode.

Although there’s nothing stopping Evolution Studios from adding this mode to the game at a later date, gamers out there may question why such a feature has been left out of a title that has always been heavily involved with online/multiplayer gaming.

Other than that – you’ll seriously struggle to find anything wrong with the game! 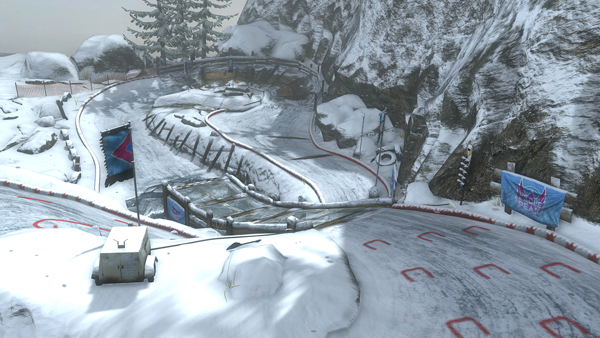 The title, currently available in the UK, costs a mere Â£4.79, which can now be downloaded from the PS Store (PSN/SEN). MotorStorm RC is yet to be unleashed on US territory, which you will be able to bag from the PS Store on March 6th, 2012 for a cost of $9.99. Yes, I agree – that’s as we say in the UK, is cheap as chips!

MotorStorm RC is by far one of the best fast paced, pick up and play games you’re going to play this year. It’s extremely hard to fault the game as it has been developed to perfection. It’s highly addictive and its re-playability value ensures you’re going to get more than your money’s worth. Although the multiplayer mode is missing, with the amount that has been packed into this peach of a title, you’re hardly going to be crying out loud for a multiplayer feature to be added anytime soon.

For those that are still sat on the fence trying to figure out whether to bag this superb title – it’s a must have! You’d be a fool not to grab it at this fantastic price.