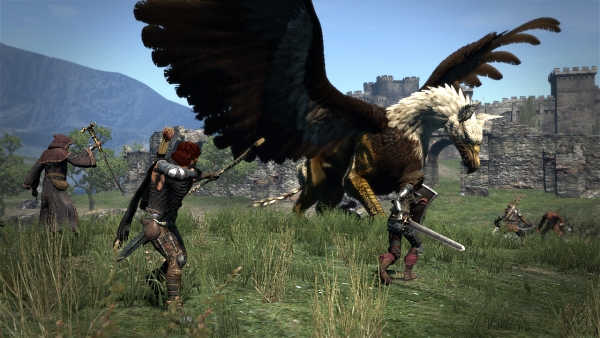 Dragon’s Dogma Demo is a go! The fan’s requests have been heard and the Demo will arrive shortly. I’m extremely thrilled to get a hold of this one and try the crafting system. Here is the official announcement detailing what to expect.

“We’re pleased to confirm today that indeed, there will be a playable demo available prior to the game’s release on Xbox LIVE and the Playstation Store. Within the demo, you’ll be able to try out two of the nine classes, including the melee-inclined Fighter and the swift and nimble Strider. With the Fighter, you’ll take on a Chimera in the depths of an underground cavern, while the Strider will use bow and daggers to take on a ferocious, airborne Griffin.

You’ll also be able to take advantage of the game’s elaborate customization system by creating your own playable character and Main Pawn, which you’ll then be able to import into the full game when it comes out on May 22nd in North America, May 25th in Europe. Joy!”
Source:Capcom

Journey Out Next Week for PlayStation Plus Subscribers