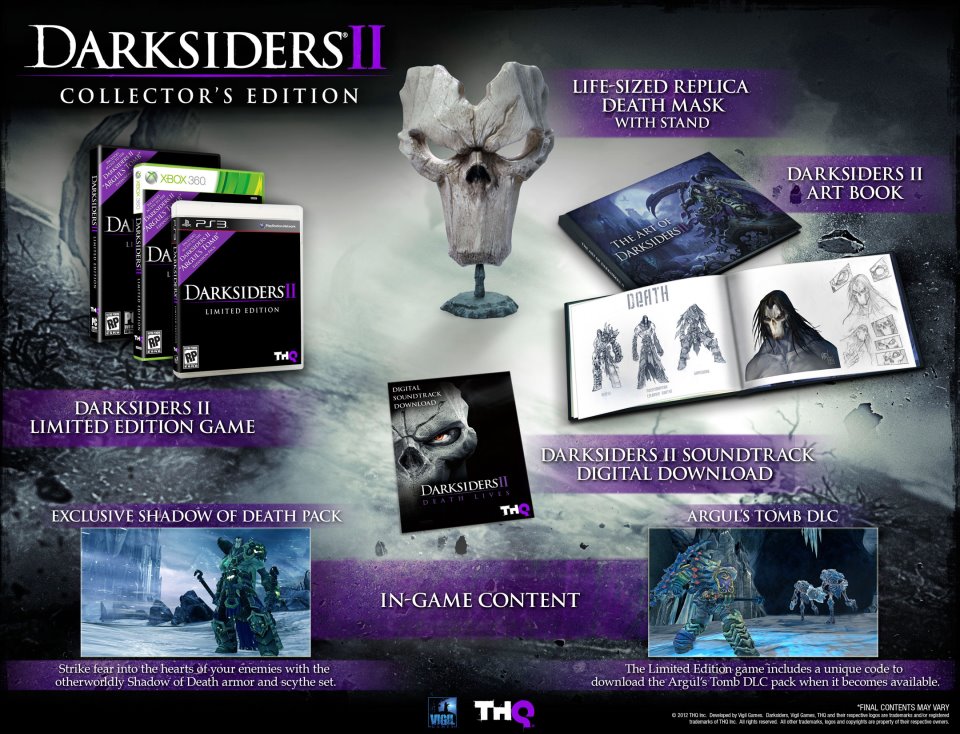 THQ announced a $99.99 Collector’s Edition of their upcoming action adventure sequel: Darksiders II. In this second installment, you will be taking control of Death, one of the four horsemen of the Apocalypse.

Here is what you get with the CE:

Darksider II is scheduled for release on June 26th 2012.

Special Guest Character Joins The Fight In Dead or Alive 5

Dust 514 Free For Everyone Exclusively on PlayStation 3