Dust 514 Free For Everyone Exclusively on PlayStation 3 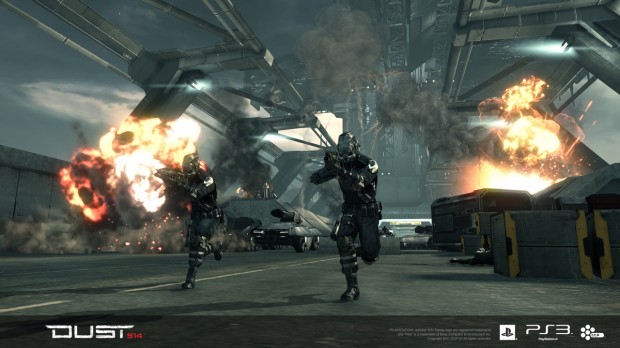 Let’s face it. Whenever we hear or see the word “FREE”, we do a double take on what the word is attached to. In this case, a multiplayer game developed by CCP studios in Iceland (yes, you read that right), will be free to play on the PSN network, according to a press release sent to me today.

â€œDUST 514 has everything you could want in a shooter: thrilling gameplay, spectacular graphics and an incredible strategic depth that comes from sharing the living universe of EVE Online,â€ said CCP CEO Hilmar PÃ©tursson. â€œDUST 514 embodies the passion and creativity the world has come to expect from CCP, and we think PlayStationÂ®3 owners will be amazed at the opportunity to play such a groundbreaking new game of this caliber for free.â€

CCP games also developed EVE online. A game that brought a good amount of attention in the industry. “As the first true free-to-play FPS on PS3â„¢, Dust 514 signifies a big step forward in the evolution of console gaming,” said Phil Rosenberg, SVP of Business Development, Sony Computer Entertainment America LLC. “PS3 is the only platform where players will experience a AAA game like this for free, and it showcases our commitment to deliver the best games exclusively on PlayStation Network.”

The game is scheduled to launch later this year. Their original idea was to sell the game at $20, and return the $20 to you with in-game currency. Now that plans have changed, will you give it a try since it will be free of charge?

Update: “Closed private trials of DUST 514 began in December 2011 and will be organically expanding throughout the beta period. All Fanfest attendees will receive invitations to the private trial. The game is scheduled to launch later this year.”