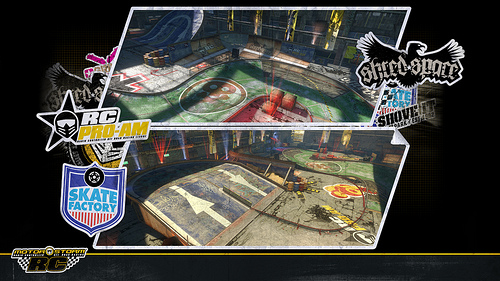 MotorStorm RC was released in the UK on 22nd February 2012, with the title making it’s way over the Atlantic to North America on 6th March 2012 – Evolution Studios proved that small cars can make it big on both the PS3 and PlayStation Vita gaming formats.

The British game studio have done it again by announcing a fantastic, action packed DLC with the US being able to get their greasy gaming mits on the new PRO-Am pack today and the UK/EU region having the opportunity to get their teeth into this highly addictive outing tomorrow!

Although I’m currently unsure what the DLC price will be in the US (I’ll update this post as soon as I find out), the UK/EU DLC is priced very reasonably at Â£2.49/â‚¬2.99.

Just like the original game, you only have to pay once to be able to play this DLC across both the PS3 and the PlayStation Vita.

For full details on what you’re getting with the DLC, please visit the EU PlayStation Website. Don’t forget to check out the video below for a blood-rushing DLC trailer!


Note: Although I can’t find any news of the DLC on the US PlayStation Blog, the US release has been confirmed by Evolution Studios.