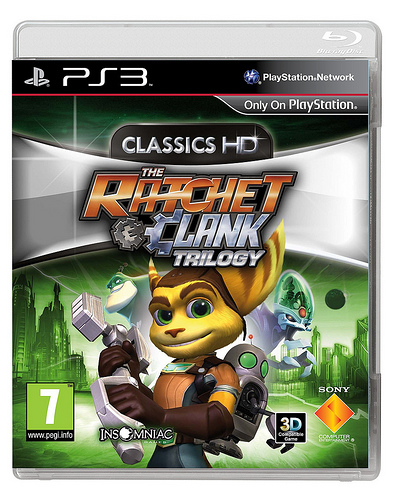 Here’s another HD collection to add to your PS3 library.

Today, Ted Price of Insomniac Games announced that the first three Ratchet and Clank games, initially released on the PS2 all those years ago, will be the next remastered trilogy coming soon to the PS3. The release of the Ratchet and Clank HD Collection will mark the 10th anniversary of the series.

Look for it to feature all of the regular goodies we’ve come to expect from first party remastered titles, including 3D support, as well as a competitive multiplayer mode. The Ratchet and Clank HD Collection is dated for a May 16th outing in Europe, but due to a “very special” surprise, Lombax fans in North America will have to wait until the Fall.