Two years ago, many gamers were deceived by the long-awaited Final Fantasy XIII. While not being singularly bad, it did not meet gamers’ high expectations for having a below-average story, and for being way too linear. I agree with those points: I initially stopped playing the game at around 2/3rd through. I finally managed to complete the game a few months later when a friend told me the end was worth seeing.

Story [Spoiler free]
Final Fantasy XIII-2 takes place a few years after the cataclysmic ending of FFXIII. You play as Serah (Lightning’s sister), and Noel — the last human to have ever lived — and navigate through time and space (both on Cocoon and Pulse) to find Lightning and ultimately repair a broken future in which all life has vanished. The story is not technically based on FFXIII’s one, but there are a lot of references to its mythology (Cie’th, fal’Cie, etc…) and setup (Cocoon and Pulse). I found the story to be very good, but not comparable to some of the greatest of the Final Fantasy franchise (FFVI, FFVII or [name your favorite FF story here]).

Even if it’s a sequel, no one should be scared to play this game if FFXIII has not been played before: it has enough elements to be considered a stand-alone JRPG. It even features a Beginner’s Primer, which explains in ten minutes the major story points that lead to the current situation.

Gameplay
This is really where the issues of FFXIII have been fixed and can easily be the most interesting part in the game! Like I wrote before, the story is divided in eras and places (which can be navigated with the Historia Crux).

Monster encounters use a system called the Mog Clock: when monsters spawn in the field (usually next to your playing character), you have a few seconds to engage battle or flee from the monsters. If you hit a monster with your sword on the field, you enter the battle in Pre-emptive mode that gives you a Haste bonus (nice!). However, some monsters are faster than your characters and will engage combat automatically so you won’t be buffed. 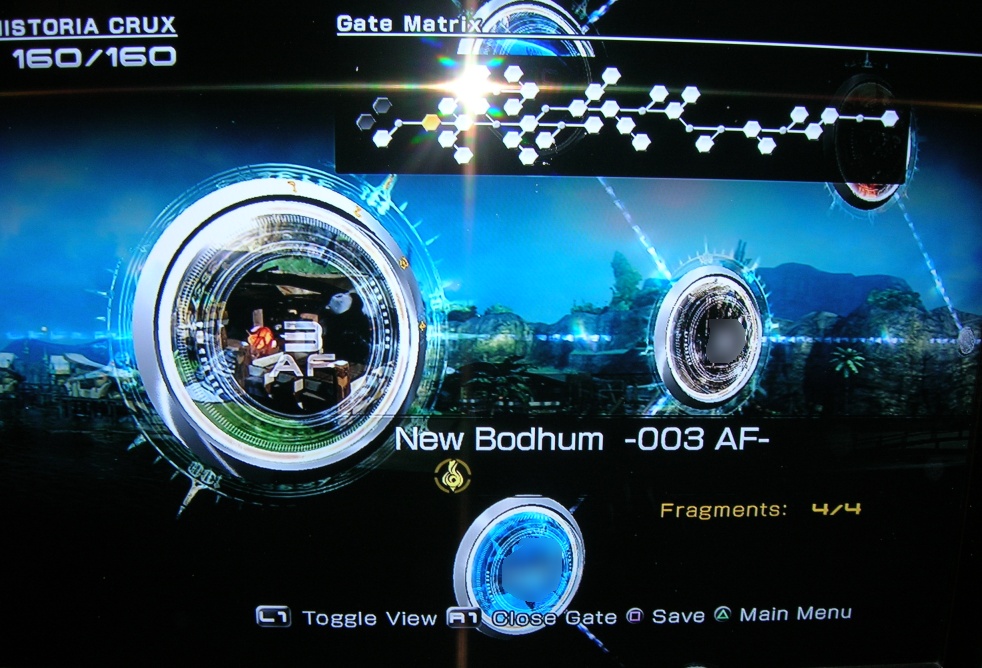 This is basically a board with locked and unlocked nodes. The unlocked nodes can be visited anytime, but special actions must be done for unlocking new ones.

With this system, Square-Enix has managed to make a non-linear game (that was a major complaint from FFXIII). It’s now possible to leave an era anytime to go to any other unlocked one. This feeling of freedom is really helpful when you’re lacking a few levels for a particular boss! 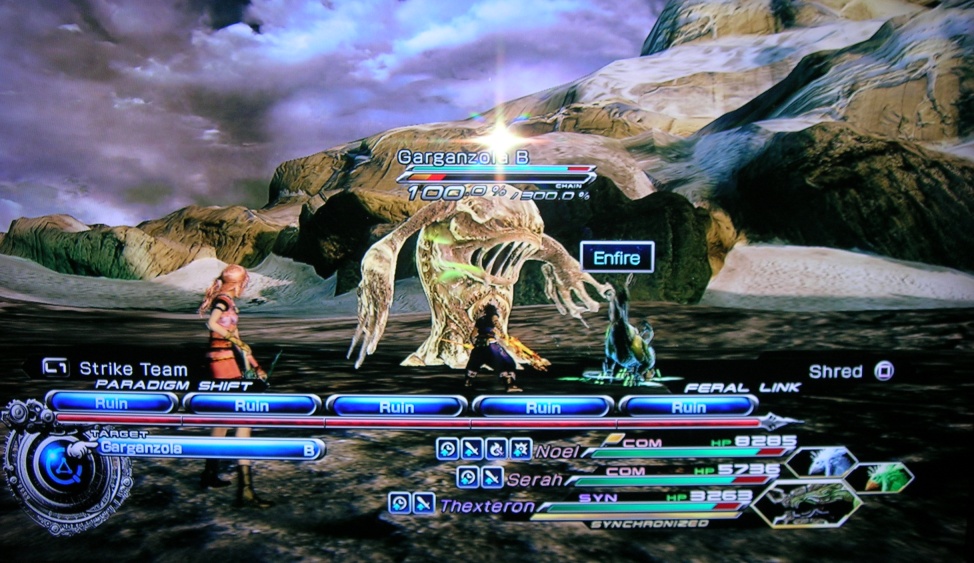 The battle system is similar to FFXIII’s, but feels more fluid and dynamic. It still uses Auto-Battle, Paradigm Shifts with the same classes (Commando, Ravager, Synergist, Saboteur, Sentinel and Medic) and you can still Stagger monsters for a damage bonus. However, the overall pace of the battles is quicker: Paradigm Shifts are faster, and it’s not mandatory anymore to Stagger a monster to defeat it (FFXIII used that way too much by the end of the game). A few boss battles even offer “Cinematic Actions” — which are QTEs — and it makes the combat even more epic!

Also, monsters can now be recruited in the field to fill the party with Serah and Noel. Each monster has his own class and can be evolved in its own Crystariums.

I read somewhere that Tri-Ace (the Star Ocean creators) have helped with the gameplay and it paid off: it’s really enjoyable, even 50h+ into the game!

Crystarium
The Crystarium makes a return! It has been streamlined and is now as easy as ever. To picture it, it’s a perfect mix between FFXIII’s Crystarium and FFX’s Sphere Grid. You still have the freedom to assign CP (Crystarium Points) to any of the unlocked roles, but the whole process is more intuitive than before. In this version, you even have the liberty to level Noel as a Commando lv99 in the first few hours of the game!

Auto-Save
Yes!!!! The game (finally) has an auto-save feature!!!! It auto-saves at main story points, or when you’re headed for the Historia Crux. If you want to play a few minutes before doing something else, go ahead: you can even save whenever you want by simply pressing Start, then Save. This is one of the nicest features of the game.

Graphics
It’s a Final Fantasy alright! The environments are gorgeous, facial expressions are impressive and the frame rate is usually stable: it’s nothing less than a technical prowess! The most notable improvement over FFXIII is that now most of the cut-scenes are from the in-game engine. There are also a few pre-rendered cut-scenes, and those are jaw-dropping.

Audio
The soundtrack for this game is very good once again! It has a never-seen-before ratio of themes containing vocals and this fits with the setup very well. There are three different battle themes, plus a few other ones for some bosses. I never got tired of a single theme song — except in the Augusta Tower –.

Post-game
This is where the fun begins!! The main quest can be completed in around 25-30 hours, but there are a bunch of sidequests (100+) that leads to “fragments”. Those are shattered time pieces that you need to find in order to recover some lost stories. When I completed the game, I had collected around 50 fragments, out of 160! Thanks to the Historia Crux, you always know in which era your missing fragments are hidden.

I managed to platinum the game in 64 hours, which means I spent more time finding the fragments than playing the main quest. Most of the quests (90-95%) are really fun to do and intuitive (beating a certain Cie’th or recovering a treasure chest for example), but some quests are on the hard/long side (Captain Cryptic’s Confounding Quiz, 100% bestiary, Casino) and might require an online guide to help!

DLC
Square-Enix promised to enhance the game with DLC. For now, a few coliseum opponents and alternate outfits for Serah or Noel are already available for $2.99 (expensive?).

DLC is also meant to expand some side-stories surrounding the main events of FFXIII-2. For example, Sazh “Heads or Tails” — a few hours of gameplay explaining what has happened to him — has been released a few weeks ago for $4.99. I purchased it but haven’t taken the time to try it yet: I’ll let you know if this was worth the money.

Final thoughts
Final Fantasy XIII-2 is the game Final Fantasy XIII should have been. With time travel, a fine tuned battle system, and lots of bosses to conquer, this game appeals to Final Fantasy and all RPG fans. This is a game you’ll want to keep in your collection!

If you’re not sold yet, here’s a simple FAQ for you
Q: Should I play this game ?
A: Yes.

Cost: $59.99
You can purchase Final Fantasy XIII-2 from Amazon.com here.

Disclaimer
Total amount of time played: 64 hours.
Game was completed and Platinum trophy had been achieved before writing this review.

11 Reason Why You Need Prototype 2 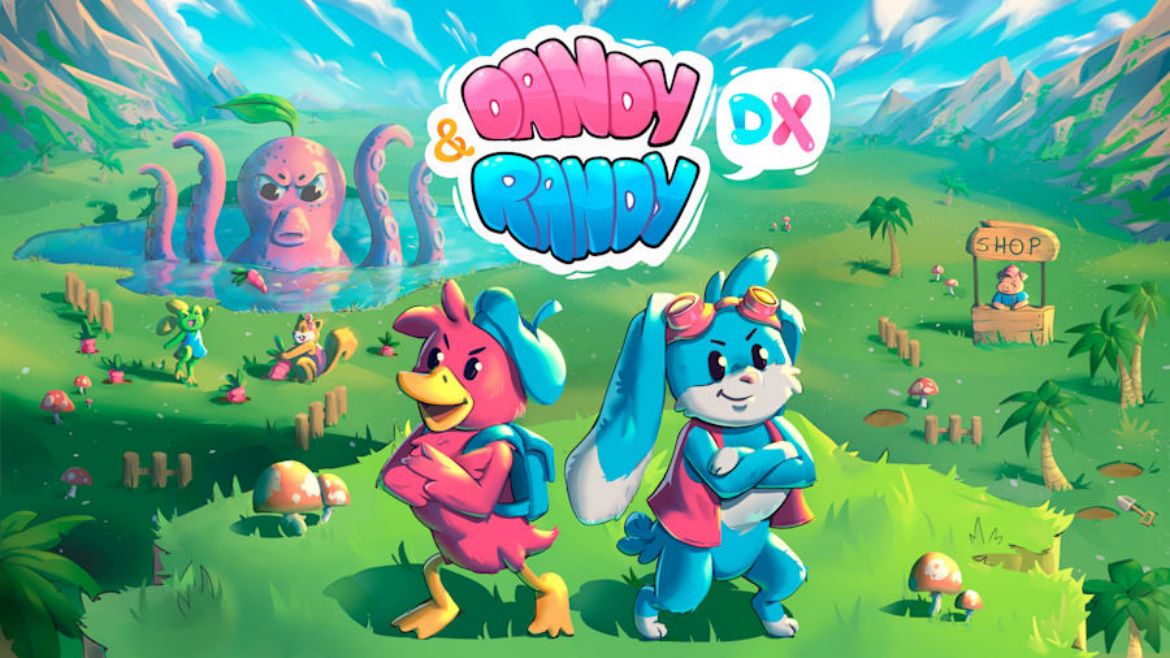 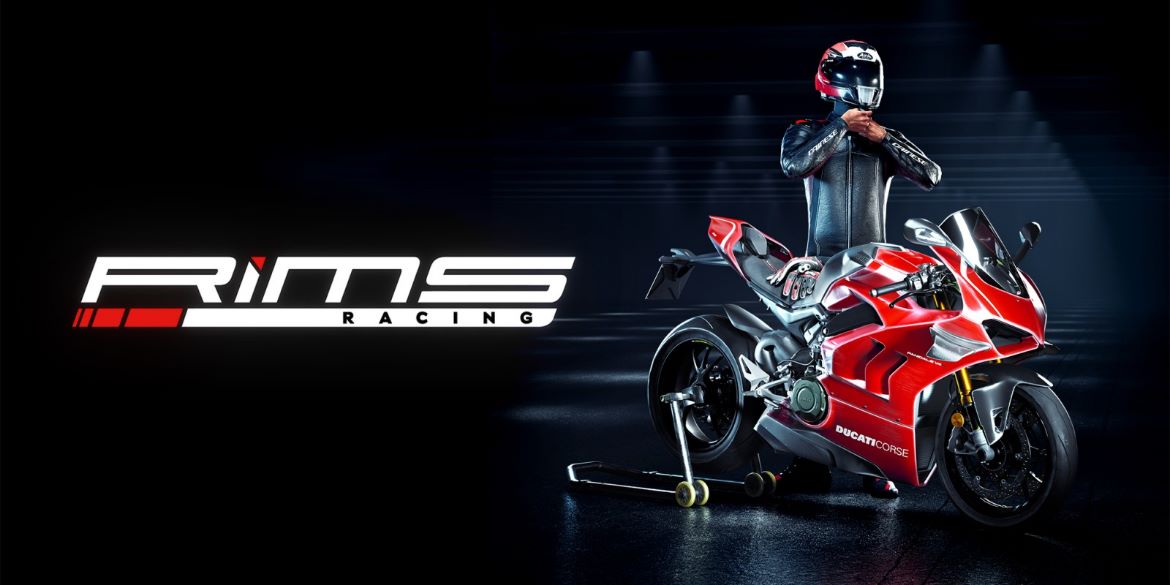