The Mass Effect series, which Bioware began in 2007, at last draws to a closeâ€”and it goes out with a bang. The review in brief: Mass Effect has a deep story and lore that are supported by fun and varied combat mechanics, great graphics that show off an original and unified environment aesthetic, thousands and thousands of lines of dialogue recorded by generally fine actors (many of whom you might well recognize, from Martin Sheen to half the cast of Battle Star Galactica), and a surprisingly engaging new online co-op mode. My concerns with the game are generally niggling criticisms that shouldnâ€™t put you off from throwing yourself into the Mass Effect universe.

For those of you who have missed the hype over the years, Mass Effect is a space opera rendered as a third-person action role-playing game. You play as Commander Shepard, a human special operative marine, who in each game must put together a task force whose mission is to thwart the imminent invasion of the Reapers, a race of cyborg horrors who threaten to eliminate all advanced organic life in the galaxy. In the meantime, you learn a staggering amount about the history of the galaxy and the races that populate it, you engage in smaller-scale disputes between combative factions, and you engage in very personal relationships with your teammates. And you make tough choices. Not everyone will survive every game, nor is there any guarantee that you, Shepard, will in fact survive any of the games. 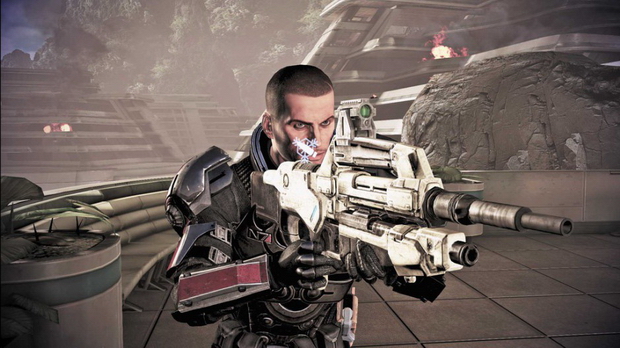 Shepherd with a sniper rifle and cryo ammo

As in other role-playing games, you pick your characterâ€™s gender and your class, among six possible classes. One cool innovation of Mass Effect is that it sports essentially two forms of â€œmagicâ€ in the universe: There are â€œtechâ€ powers that have machine-oriented effects, such as disrupting enemy shields, creating combat drones, and hacking enemy battle droids. Then there are â€œbioticâ€ powers, which are Jedi-like force effects, such as creating a temporary black hole that pulls enemies helplessly toward it, and telekinetic effects that pull enemies helplessly through the air or throw them with violent ragdoll physics against walls or off ledges. Magic aside, there is also a warrior-like skill tree that focuses on gunplay augmentations. Mass Effect has six classes to choose from: Soldier (warrior), Engineer (tech), Adept (biotic), and three that are hybrids of the above. Combat plays out very differently depending on your class choice and your advancement decisions. 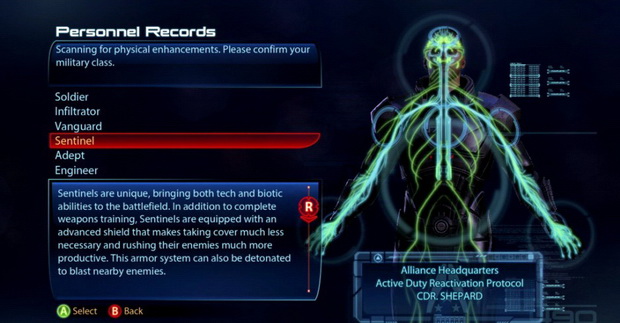 It is important to note that Mass Effect is not an open-world game in the model of the Elder Scrolls games. You progress through a series of well-designed maps, though you have some freedom in choosing the order of the missions that you take on. But you can never return to any of the maps. Thereâ€™s a trade-off here for the player. I love open-world games, but I appreciate that the more linear design affords a tighter narrative structure as well as tighter design of individual maps.

And the game looks amazing. It has a strong visual style and even an identifiable color palette that will be familiar to players of the previous Mass Effect games. Who can forget the electric blue and dusty rose lens flares that pepper the gameâ€™s visual experience? And despite the narrow focus of the gameâ€™s aesthetic vision, the game takes you to worlds and starships designed by different races over different times, and each locale feels wholly original. The biotic and tech power effects look more explosive than ever, and gun fights look spectacular. The game just looks greatâ€”better, in fact, than many games that attempt greater verisimilitude. 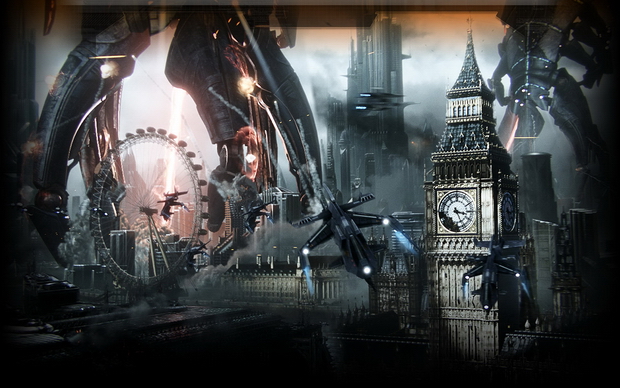 Mass Effect 3 offers a multi-player experience, which is a first for the franchise. Like others, I was dubious at first; the multiplayer largely seemed like a money-making ploy by the developers. First, your actions in multiplayer games have some effect in the single-player experience. In order to get the â€œbestâ€ endings in the single-player game, it behooves oneâ€”though it is not absolutely essentialâ€”to play some multiplayer games before finishing the campaign. And to play multiplayer at all requires either a new copy of the game or purchase of an â€œonline pass,â€ as EA Games has been pushing for the past couple of years. 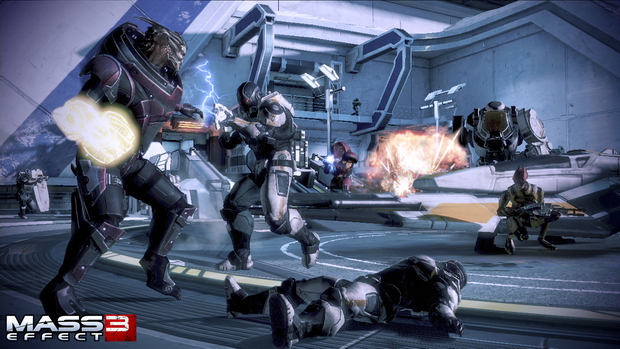 But my doubts were assuaged as I began actually playing the game mode. Itâ€™s a hoard-style game that pits you and three other online players against eleven progressively harder waves of enemies. You choose your class, just as in the single-player experience, and you can rank your character up to level twenty, unlocking new and improved combat abilities. There are (only) six maps and three different enemy factions against whom you can play.

Multiplayer turns out to be a great deal of fun, especially when your teammates are representing different classes and you all are working together, making the best use of your individual abilities to target different threats. Communication is key, and itâ€™s sadly lacking in my online experience, but hey, I still get a kick out of winning awesome battles with a bunch of silent randoms in my party. Iâ€™ve put about fifteen hours into multiplayer, and I will probably continue to play it for some time. Without fresh maps or new game modes, though, the experience will doubtless become stale. 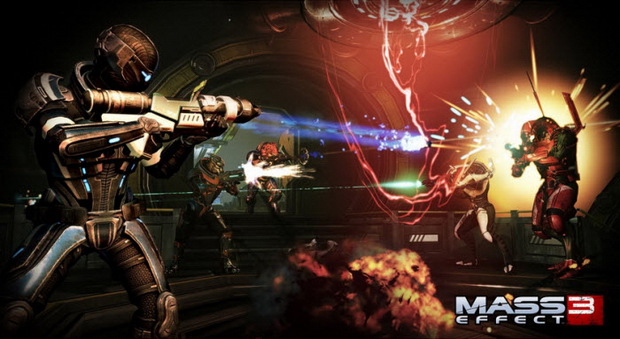 I spent forty-four hours playing the single-player campaign of Mass Effect 3. I did everything I could possibly do: I talked to everyone at length, completed every side quest, and so on. One of my friends beat the game in ten hours fewer than me, and I would imagine that one could well beat the game in twenty hours or less if one really wanted to. But I certainly wouldnâ€™t have wanted to. The story is engrossing, my relationships with my team mates (developed over the course of the Mass Effect series) feel real and authentic, and I feel increasingly like an awesome Jedi superhero as I play the game.

A few criticisms: As I mention above, the game is shorter than previous titles. It sports fewer â€œcitiesâ€ that one can visit than the earlier games as well. Resource mining has been streamlined, which is probably good on the whole, but the obsessional part of my personality would have rather appreciated a somewhat heavier accent on exploration and mining. The quest log is a bit of a disaster; it doesnâ€™t update as you complete parts of quests, and it doesnâ€™t provide much, if any, direction for where to go to complete them. Finally, the gameâ€™s resolution is, well, enigmatic as you may have heard, but no spoilers hereâ€”let me just say that I was not displeased with the ending. 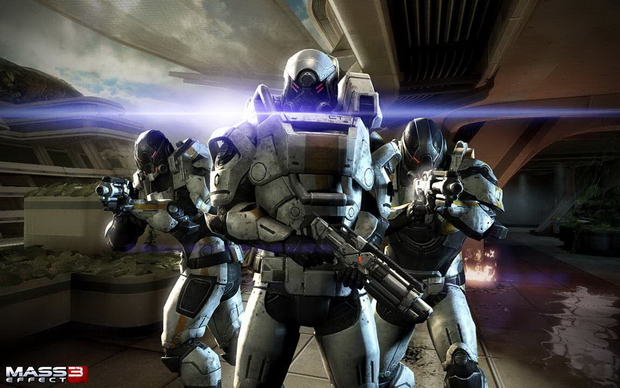 Lens flare! It never gets old.

If youâ€™ve played any of the Mass Effect games before, then you already know whether youâ€™ll like Mass Effect 3. If youâ€™re new to the series, then I would discourage you from starting with this title. Get the first game (not available on the PS3) or get the second game for the PS3 and play the â€œinteractive comic bookâ€ intro that catches you up on the events of the first game and lets you make some of its key decisions.

If youâ€™ve played any of the previous games, definitely do play ME3 on the same platform and import your old character. The game imports thousands and thousands of decisions that youâ€™ve made in your past games and takes them into account as it shapes the ME3 universe. Itâ€™s impressive and immersiveâ€”ME3 absolutely feels as if itâ€™s my game, populated by my friends and my enemies, and I have to continue to live with the tough choices that Iâ€™ve made in the past.

Mass Effect 3 is a great game. Itâ€™s an emotional ride supported by great gameplay mechanics and a beautiful graphical style. And most importantly, it provides a fitting conclusion to a long historyâ€”a living narrative to which most players of the trilogy will have devoted a minimum of one hundred hours of their lives. The game feels important and meaningful, and itâ€™s a fine example of how video games can, indeed, offer deep and carefully plotted dramas.

So, if youâ€™ve never played a Mass Effect game before, do yourself a favor and start at the beginning. If you only read Tolkien’s The Return of the King, well, youâ€™d just be confused, right? Start with The Fellowship of the Ringâ€”or Mass Effect 1â€”and work your way forward from there. Better get started soonâ€¦ the galaxy needs saving.

Review based off of a retail version of the title purchased by reviewer, which was completed before writing the review.