Sumioni is a game developed by ACQUIRE Corp. and published by Xseed Games for the PlayStation Vita. In Sumioni, you control an “Inkdemon” by the name of Agura, who was summoned to save Japan from being destroyed. Agura is a very lazy demon and really did not want to do much more than go back to sleep, but he was coerced into helping by two other demons that follow him on his adventure as summon spells.

This game is a 2D side-scrolling platformer in its base gameplay, but there are some interesting twists that make this game more enjoyable.

Being an “Inkdemon,” you have the power of creation and arts through using ink. The basic use of ink is drawing a platform to stand on, jump over large objects, and to reach power ups that are out of your reach. This is done simply by drawing a line with your finger using the PlayStation Vita’s touch screen. If you draw an excessively long platform, your power will be increased for as long as you stand on the platform. 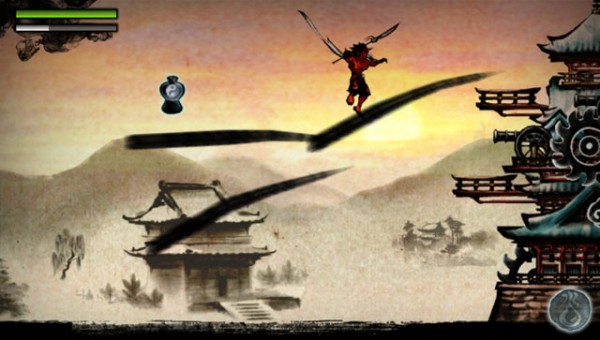 All of this uses ink from a meter that can be refilled by finding ink wells or by rubbing the back of your Vita quickly while standing still in the game. 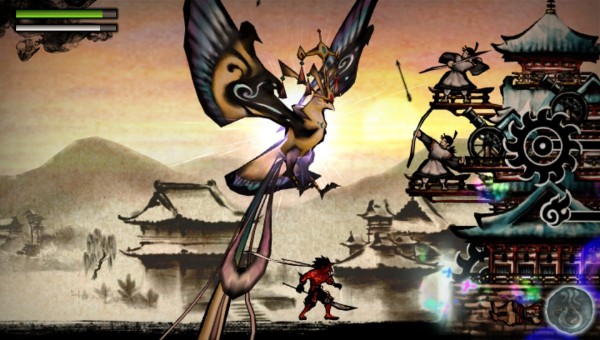 Each level completed results in a 3-star rating. The higher the rating, the further you delve into the world of Sumioni to see one of its 6 endings, however, the game fails at delivering any depth whatsoever. There are many aspects to the game, that I consider lazy, that did not take advantage of any of the Vita’s strengths. My first run through took a total of 41 minutes, and that is with watching 5 minute scrolling texts plot stories at the beginning and throughout the game. You can go back to other levels and try to attain a high star rating to lengthen the game to see a different ending, however, the levels are insanely short (some are about a minute or two long) so its not like you missed much.

This review is based on a copy of Sumioni: Demon Arts provided by XSEED Games, and it was completed before writing this review.