via Andriasang, former famous Sega developer, Tak Hirai (Shenmue, Channel 5, Meteos) has announced his new company that was formed last year, will be releasing its first title for the Playstation Vita called “Orgarhythm”.

“Orgarhythm” is actually a new type of game that blends strategy and music. Sinobi, who is known to release Famitsu information early, has said that Hirai explained that is rare today to see a game that is difficult to understand. This game will be very different. It is also said that this game will have cooperate and competitive multiplayer play. 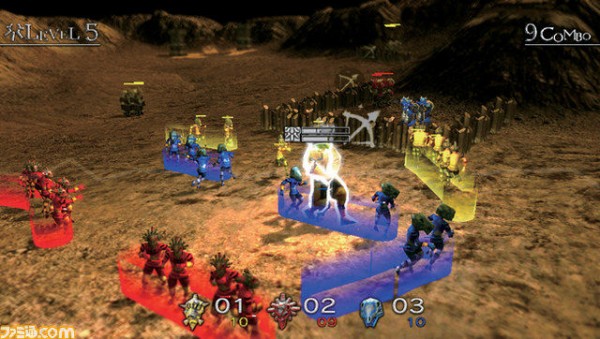 There are two main elements to the game: strategy and rhythm. Gamers play as a god and kill the enemies with timed commands.

It begins with just bass sounds, music and more strands are superimposed. This increases the difficulty. There are over 100 skill levels in the game.