Demon’s Souls Servers to be Shut Down Next Month 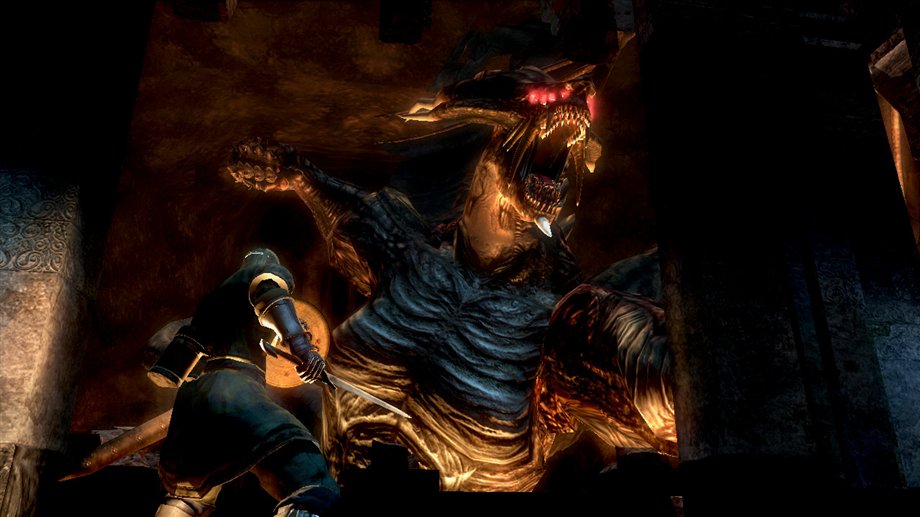 The Day is finally upon us when Demon’s Souls’ servers will be shut down. No more extensions by Atlus. May 31st will be the last time you can invade someone’s game and destroy them right before their boss fight. Atlus VP of Sales had this to say in an official statement sent to Game Informer:

On October 6, 2009, North American gamersâ€™ expectations of what an online roleplaying experience could be were forever changed. With Demonâ€™s Souls, gamers received a title of breathtaking scope and vision, a project built on experimental cooperative and competitive multiplayer concepts, offering users both direct and indirect methods of communication and interaction. Elements of every connected playerâ€™s single player world carried into the worlds of others, sometimes as nothing more than an echo or afterimage, and other times in the form of an alliance or invasion. With countless hazards to memorize and plan for spread across each of the gameâ€™s sprawling dozen-plus worlds, the ability for players to leave hintsâ€”or, potentially, deceptionsâ€”and to view the final moments of other adventurersâ€™ lives, created an unprecedented form of RPG crowd-sourcing that remains revolutionary to this day.
.
When subtle interactions were insufficient assistance, players could call across dimensions for assistance, pulling the weakened spirit forms of other adventurersâ€”unable to communicate using conventional voice chat in order to preserve the gameâ€™s intense atmosphereâ€”into their worlds to help them defeat the gameâ€™s unforgettable boss monsters. Other less altruistic spirit form users could invade the world of living adventurers and try to revive themselves by quite literally stealing that life from another. All of these online elements, all of the ways in which gamers would interact with each other, served to enhance and complement the core game and were designed so as to neither diminish nor distract from the experience and thrill of simply playing the game.
.
It has been a tremendous honor and privilege for all of our staff at ATLUS to have been involved with so innovative and groundbreaking an interactive entertainment experience. We poured our heart and soul into every facet of our involvement with Demonâ€™s Souls, particularly the titleâ€™s memorable Deluxe Edition, which served as the only avenue through which to purchase the gameâ€™s official strategy guide. It was also of the utmost importance for us to sustain the gameâ€™s online experience as long as possible, even beyond the point at which sales could help to offset the expense. Regrettably, the online servers cannot be sustained forever and now the end draws near.
.
Thank you to the unparalleled passion and support of the Demonâ€™s Souls community throughout these last two and a half years. The online adventure may end soon, but the memory of itâ€”just like that of every boss strategy, every level floor plan, and hidden secretâ€”lives on in the gamers for whom the game was so special.

I have to applaud Atlus for keeping the servers alive this long. Luckily, Demon’s Souls can be completed to 100% offline. You just wont have the uneasy feeling of Black Phantoms invading, but is that really a bad thing?