Following the events of the game’s first episode, park veterinarian Gerry Harding, his daughter Jess, and a mysterious visitor to the park must fight to survive the deadly beasts that inhabit Jurassic Park. Episode 2 introduces some new characters and puts you face to face with dinosaurs never before seen in the Jurassic Park films!

Be sure to read the review for Jurassic Park: The Game Episode 1 to learn about the basics on how to control the game, as well as how the grading system works!

After what happened during the last episode, Jess, Gerry and Nima are stranded at Isla Nublar with hungry dinosaurs all around them. InGen decides to send a group of mercenaries to rescue them, and Dr. Sorkin and her assistant, before it is too late. As one can imagine, some of the mercenaries had no idea what they would be up against, and one of the rescue teams needs to be rescued after they confidently walked into a dinosaur filled Visitor’s center!

And speaking of the dinosaurs, I have to say that Telltale Games did a great job when creating them for this digital release. The texture work on the T-Rex and on the Velociraptors really shines, and it shows us how they’ve gotten better and better with each new release (which is great news considering they will soon launch their take on The Walking Dead). For some reason, I had a bit of a problem with the icons this time around, and I had to play closer to the screen to tell which button I had to press. Maybe it’s an age thing, but bigger prompt buttons would have been welcomed.

The new characters that are introduced during this episode (and that actually make it to the end), bring a new perspective to the series, since we had only seen things from Gerry and Jess’s perspective (dinosaurs are awesome and I’m so happy to be here!), as well as from Nima (another “hired-gun” with a more human agenda, but someone that despises what InGen has done to the island). Can’t really refer to the mercenaries that will live (as to not spoil things), but I especially liked having one of them around during this episode. 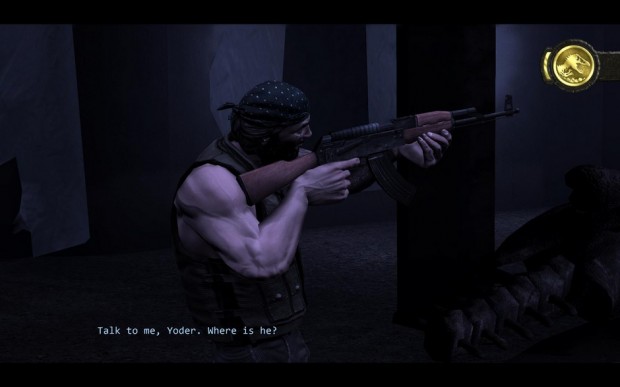 Episode 2 picks up the pace and provides us with a tense and exciting adventure. It is more action packed than Episode 1, and gives us a glimpse of what to expect from the next two installments. The darker environments, new characters, and the constant peril at hand make for a very entertaining game.

This review is based on a copy of Jurassic Park: The Game provided by Telltale Games.