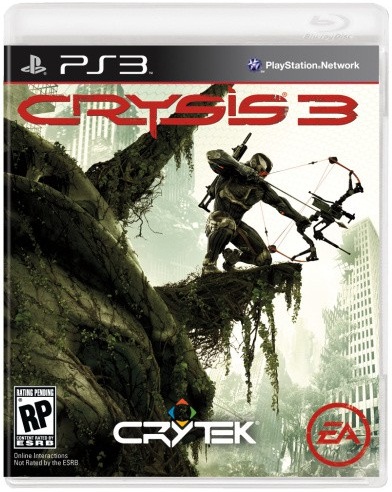 According to EA official, powered by CryEngine 3 technology, Crysis 3 story continues with Prophet return to New York, only to discover the city’s been encased in a Nano-dome by the Cell Corporation.

“In reality, the Nanodomes are CELL’s covert attempt at a land and technology grab in their quest for global domination. With Alien Ceph lurking around every corner and human enemies on the attack, nobody is safe in the path of vengeance. Everyone is a target in Prophet’s quest for retribution.” Crytek CEO, Cevat Yerli

Hit the jump for news on a special edition, and some screen shots!

EA’s has also confirmed a special edition of the game. The Hunter Edition will be available for pre-ordered some time this week and it will offer early access to the new signature weapon, the bow, among other various attachments in multiplayer. The Hunter edition will also grant an XP boost, an additional Nanosuit module and a set of in-game dog tags.