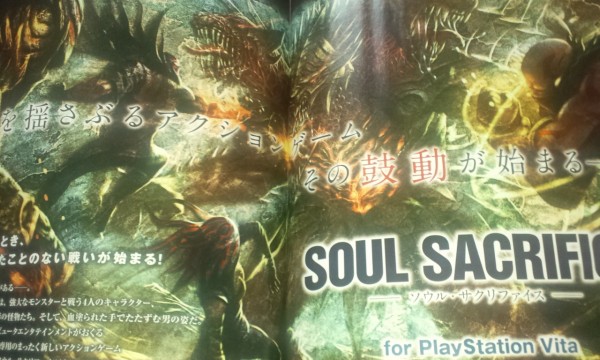 Playstation Vita’s next big game has been leaked by Sinobi’s Twitter (Who leaks a lot of Famitsu info early). Soul Sacrifice will be officially announced on May 10th.

The key themes to the game are “A story about magicians”, ” The concept of evolved co-op battles” and “high spec grahics for creating a realistic fanstasy world”.

It seems that it may be a first party title from SCE. The scans show 4 people fighting a huge monster so this may very well be a Monster Hunter type of clone game. A website has been created for the game but is currently not active. Link. 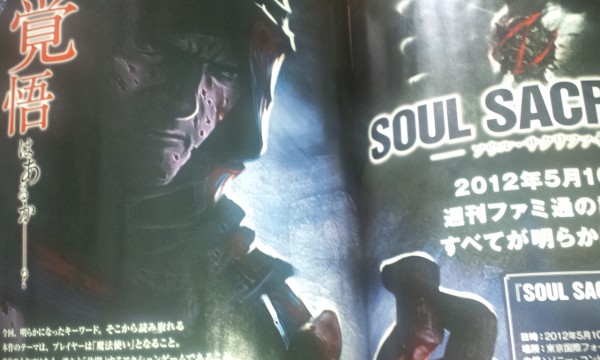 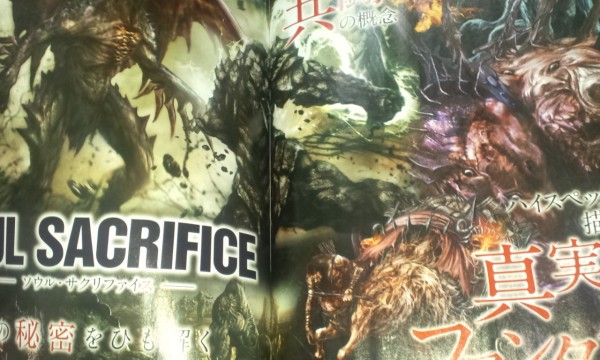 Update – Teaser site is open and now says “It’s not about cooperation. It’s about fighting shoulder to shoulder.” in the opening sequence.