Velocity lives up to fond memories of shoot â€˜em-up classics, and you can Teleport too! Featuring genre-busting gameplay innovation and music from Joris de Man (Killzone, N+), Velocity plays like a dream and sounds incredible.

In 2212 the distant star Vilio exploded into a red giant, sending an electromagnetic pulse surging into our deep space mining ships, colony cruisers and Special Forces fighters, knocking out their primary power. Now the star is beginning to collapse into a black hole, pulling our stranded fleets to their doom. To make things worse, our warring neighbors have seen reward in our misfortune and have deployed scavengers to prey upon our people!

Only one craft is capable of a rescue mission, the Quarp Jet â€“ a spacecraft capable of teleportation!

Take control of the worldâ€™s first quantum teleport craft in this innovative shooter, using a range of teleport controls to outsmart enemies, solve action based puzzles and rescue helpless survivors from their deep space hideaways.

You’ll learn everything you need to know during your first missions, and you better pay attention! Rescuing survivors, boosting, destroying all hostiles, avoiding insta-death laser fields, they are all part of the game, and you must learn how, when and why you must do all this in order to succeed. 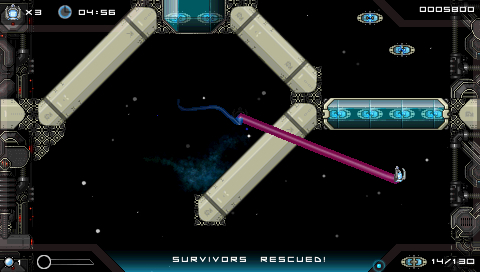 There are three different types of missions in the game: Search and Rescue, Hostile Forces and Urgency. They are different from one another since new elements are added for each one to keep you coming back for more. For example, one Search and Rescue mission will require you to destroy color coded security energy fields in order to reach the survivors. And, eventually, you’re tasked with more than one objective, such as destroying Hostile Forces while rescuing survivors while warping all over the place AND boosting to make it to the end on time!

There are checkpoints on each level in case you are destroyed by your enemies or the obstacles and walls of each level press you against the bottom. There is also a timer and, depending on how fast you are at completing each level, you’ll be rewarded with experience points to increase your rank overall rank. You also get an experience bonus depending on your score, a well as the number of survivors you rescue, and you can replay any level to try and increase your experience points, as well as to obtain a gold medal for a perfect level total. For example, during a Seek and Rescue Mission you can focus on completing the level and rescuing all survivors during your first try, and then focus on quickly completing the level during your second run, and the game won’t force you to do it all at the same time thanks to the autosave after completing each level. BUT, if you want that perfect medal, you have to do everything (score, survivors and time requirements) on a single run. And what is all the experience you gain used for? Why, for unlocking new levels! If you don’t succeed, then you can’t make it to the last mission. 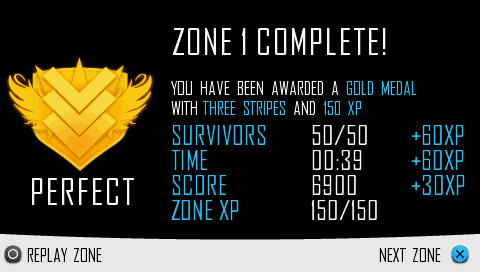 Two new abilities are introduced later in the game, keeping things interesting until the end. On mission 15 you are given a level map and the ability to drop telepods by hitting the triangle button, and each level has a limit on how many you can drop, bringing a new degree of strategy to the game. By opening your map, you can return to the telepod that you dropped, which means you can use one when the road splits in two (or three!), and then return to the pod to take a new path and rescue more survivors, or take care of the next security switch in the set. 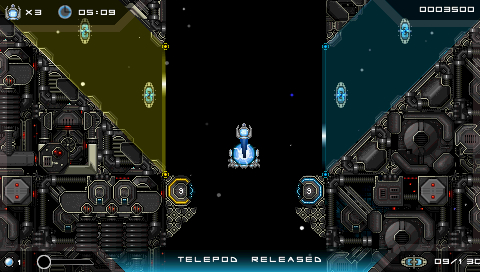 There is also a hidden yellow crystal (or two) in some levels, and they are used to unlock even more extra missions on top of the already available 50 main ones! Velocity even provides some extras: a program called Mines on which you search for active explosive mines on a field, in order to deactivate them; a complete profile on each Hostile you will meet during your quest, giving you insight into their defense, their attack power, speed and agility; a huge in-game trophy system that awards you medals for achieving several objectives such as obtaining a perfect score on every zone, reaching the end of the game, or killing a certain number of enemies by flinging side bombs at them; it even has a functional calculator for your math needs! 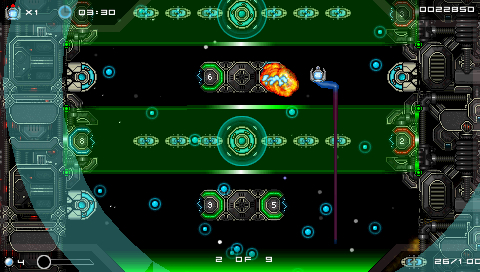 Velocity is a very welcome entry in the Shoot-em-up genre, and it improves over other games by providing fresh elements that make this a release that all fans of the genre should own. The fast paced action, different types of missions, weapons and power ups make this a great digital offering you can take with you on your PS portable of choice, or enjoy at home on the PS3.

The game was completed before writing this review

This review is based on a PS3/PSP copy of Velocity provided by FuturLab.

Record of Agarest War 2 Gets a Deluxe European Release! 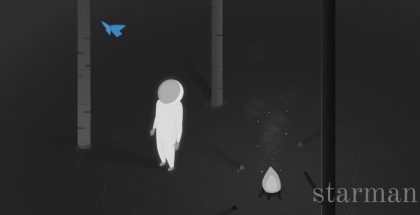