Tomba! to Land on PSN This Summer! 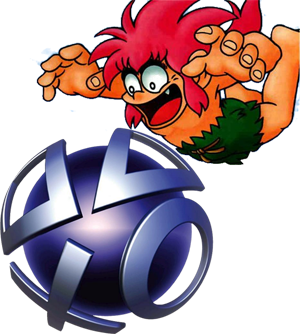 According to Joystiq, this Summer, the States (well, North America in general) will be getting Tomba! on PSN as a PSOne Classic download. A European release will follow down the line. Here’s an excerpt about the licensing and why it is finally coming stateside, via MonkeyPaw CEO, John Greiner :

Sony and MonkeyPaw have a good working relationship. I think they appreciate the titles we’ve brought to the Store. And they value the support we give the games. Having a plethora of Japanese content is a distinct advantage PlayStation has over Xbox. But the games still need to be brought Stateside. So our model helps Sony spread their Japanese edge and we help Japanese developers get their titles to a wider audience. Hence, Sony is willing to work with us on titles that may not have otherwise been licensed out. Support is key.

As for Tomba 2, Greiner has stated that they will need to sell enough downloads of the first title to be able to extend their publishing license to the sequel. This was one of my favorite titles, so I will likely have to pick it up when I get the chance.

Street Fighter 25th Anniversary Box of Awesome Out on September!