Syndicateâ€™s campaign takes place in the year 2069, a future with more lens flares than Star Trek, where mega-corporation EuroCorp are embroiled in an industrial war with other mega corporations. Youâ€™ll be looking through the bionic eyesâ€™ of mute Agent Miles Kilo, and boy do they make sure you know itâ€™s his eyes with all sorts of HUD overlay graphics and interference effects complete with jarring sounds. Speaking of jarring sounds, Skrillex provides the obligatory dubstep music. Yes, parts of the soundtrack are provided by the wub wub poster boy, but it surprisingly fits Syndicate far better than youâ€™d expect. Back to the campaign: youâ€™re commanded by EuroCorp CEO Jack Denham, who is voiced by Brian Cox (no, not that one) sporting an English accent and a goatee. Can he be trust worthy I wonderâ€¦ 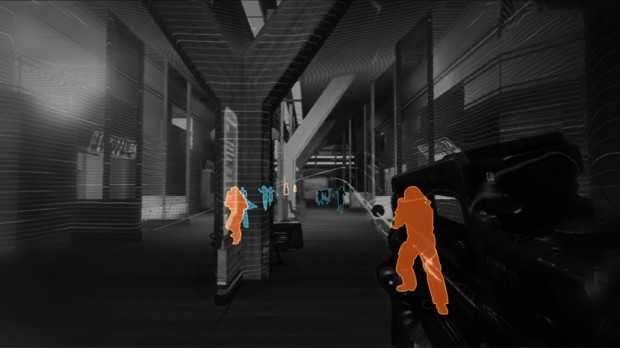 Throughout the campaign, youâ€™re tasked with carrying out industrial sabotage, which effectively means shooting a lot of people and then violently removing a microchip from an important someoneâ€™s skull. Donâ€™t expect to have multiple choice conversations or sneak around air ducts like youâ€™re Adam Jensen. This is a pure, no brains shooter. Youâ€™ll be moving from room to room crouching behind cover and waiting for enemies to expose themselves for an easy shot, or for your DART-6 chip to recharge for a breach. Thereâ€™s the odd boss fight and on rails shooting section, but it never feels fresh and soon becomes repetitive. As you progress, you get the option to level up your abilities, which range from improving energy efficiency and health. You canâ€™t improve everything, so youâ€™re forced to choose the assets that best suit your play style.

As a custom built cyborg, the new prototype DART 6 chip installed in your brain gives you the upper hand when it comes to combat. DART mode acts like a combination between Batmanâ€™s Detective Mode and Max Payneâ€™s Bullet Time, slowing down the action and making you stronger whilst also highlighting enemies and breachable objects. This is the most beneficial enhancement offered by the DART 6 chip, allowing you to take control of turrets, open doors and manipulate enemies from a distance. There are 3 different Breach apps to use on your unfortunate foes; the first, Backfire, causes their weapons to, well, backfire, leaving them unarmed and knocking them out into the open when behind cover. Suicide is also pretty self-explanatory, with an explosive surprise making it particularly useful when applied to a crowded enemy. Lastly and the most effective is Persuade, providing you with your very own Brutus to lend a helping hand, shooting all their squad mates until they become overawed with their own sense of guilt and top themselves. Breaching is well implemented into the boss fights, too, as it’s required to deactivate missiles, create cover and removing their shields, making it the saving grace of Syndicate. 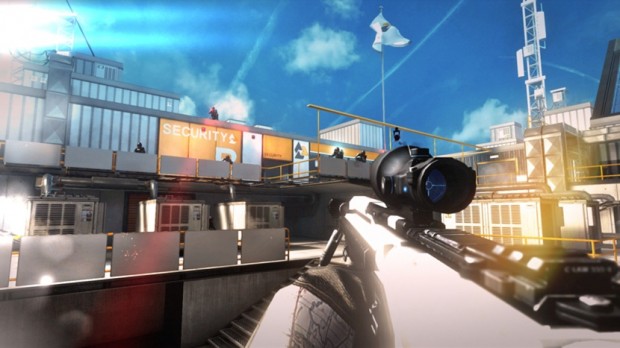 The weapon selection suggests not many breakthroughs in the arms race of the near future, but their familiarity at least allows you to get to grips with them instantly. There are the customary pistols, assault rifles and shotguns, along with the iconic minigun from the original Syndicate games. Some left field entries are present, too, in the shape of the Swarm Launcher, which fires a load of mini missiles, the Gauss Gun, thatâ€™s capable of locking onto a target and then shooting around cover in the same fashion as the Bullseye from Resistance, and the Thermite, which fires a continuous hot beam, setting your hapless victims on fire.

Syndicate comes with multiplayer as you would expect, but forgoes the usual deathmatch and capture the flag, and instead offers up a co-op only experience similar to that of Left 4 Dead and Unchartedâ€™s. Charged with carrying out EuroCorpâ€™s dirty work, youâ€™ll again be fighting your way to a commanding officer to remove their chip, but now 3 other players accompany you. Providing a stern challenge, youâ€™ll need to closely work together, avoid being flanked by your enemies, using breaches to heal and activate interactive objects. Itâ€™s much more enjoyable than the single player campaign, and when the missions have the same formula, you wonder why they didnâ€™t make the whole campaign co-op. With the lack of an AI director or random generation, it all leads to Syndicate feeling overly familiar once youâ€™ve played every level leaving very few reasons to come back. 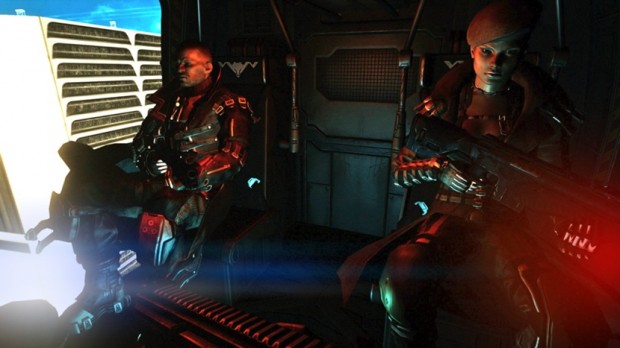 The black trench coats, overly familiar futuristic weaponry, and Brian Cox voicing a lead character, all lead to many comparisons with Killzone. In fact, it even feels similar to play thanks to weighted movement and beefy weaponry. At least every vehicle encounter doesnâ€™t result in a crashâ€¦ although there is a lack of space cockneys though, sadly. As you may have noticed with my consistent referencing, Syndicate borrows many ideas from other titles and then adds a nifty breaching ability via the DART 6 chip. Unfortunately itâ€™s never greater than the sum of its parts with linear design, obvious plot and unoriginality, which results in this this slickly presented reboot being as mediocre as feared. You canâ€™t help but feel Syndicate is an unnecessary reboot which would have been much better if it had been left alone.

This review is based on a retail copy of the PS3 version of Syndicate provided by Sony.