Uncover the secrets of Amalur in hundreds of hours of immersive gameplay, from the vibrant city of Rathir to the vast region of Dalentarth to the grim dungeons of the Brigand Hall Caverns.

Rescue a world torn apart by a vicious war and control the keys to immortality as the first warrior ever to be resurrected from the grips of death. Turn your lack of a destiny to your advantage and harness fate as a weapon.

Customize your play in a dynamic combat system that delivers some of the most intense and responsive action ever seen in an RPG.

Seamlessly integrate magical and melee attacks as you take on scores of enemies in grand fight sequences and finish them off with brutal Fateshift kills.

Build the character you’ve always wanted with the revolutionary new Destiny system that allows you to continuously evolve your character class to your style of play.

Create and modify your hero with millions of combinations of skills, abilities, weapons and pieces of armor.

Story:
Iâ€™ll keep this short to eliminate spoilers. The story is engaging and keeps your interest piqued, leaving you wanting more. In a lot of Western RPGâ€™s (such as the Fallout series), I find myself skipping a lot of the main quest dialog. In this title, I rarely did that, allowing myself the time to listen to them. If you play through only focusing on the main story, expect a 20 hour game, plus or minus a few hours. The decisions you make in game didnâ€™t have an impact on the storyline from what I could tell, which was disappointing. Decisions can lead to certain quests being blocked, though. There is a point towards the end that you are given a quest choice, but I didnâ€™t see it change the ending after trying the different options, which was somewhat surprising.

I felt compelled to complete the story, and also found myself doing numerous side quests that put me at a level that was higher than I needed to complete/attain one of the trophies, both of which I find being a good sign in a game like this. 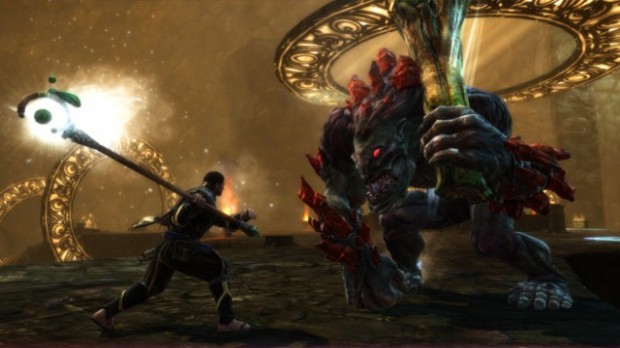 Interface:
First, the positive. The auto-save feature works extremely well. The system creates 2 auto saves that donâ€™t disappear from what I could tell. One after you get through the introduction section, and the second autosave gets created prior to getting to the end-of-game area. There are also random auto-saves that occur throughout the game. When saving a game, you can actually click “save game” and continue playing the game. No need to wait for the save screen to close. I found this to be a really nice feature for the OCD/not wasting any time part of my brain. This can actually account for a substantial time saver if you think about it.

Being able to get to abilities/skills is a simple and straightforward procedure. I found the interface wasnâ€™t as polished as Skyrim, but it worked for the game. There are a lot of variations to the abilities for the classes, which I enjoyed experimenting some, and this game really allows you to play around with different mixes by allowing you to reset things.

There were some negatives I found while using the inventory interface, however. One of my major gripes is scrolling through your entire inventory to sell items at vendors and in your House/Stash inventory (items you donâ€™t keep on you). Itâ€™s a royal pain to go through hundreds of items. They really need to fix this down the road. I actually stopped playing the game after beating it, hoping they’d put some fixes in place.

This, coupled with needing to constantly sell items to free up inventory, makes it redundant at times. Hopefully this is fixed with a patch to better group items/scroll through inventory when selling items. The quick fix for this is to use the Junk box to store items you know you don’t want, when you pick them up, but then youâ€™re simply reviewing every item you pickup, which isnâ€™t something I got used to doing, but Iâ€™d highly advise that you JUNK items upon pickup if intend to sell it. It will simplify the inventory process. 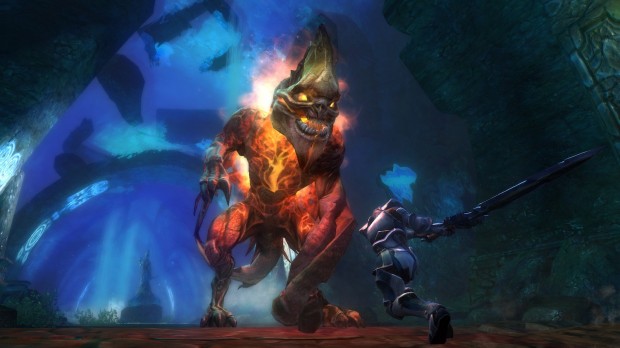 Controls:
This is one of the strongest parts of the game. The game just feels right. A player can pick up the game and instantly enjoy the the different combos and attacks that can be done.

The abilities are limited to only mapping out 4 abilities. Some of the classes are really gimped by this (MAGE). Only being able to utilize 4 abilities felt like my character was being locked down in a way that I was wanting to unleash a character that was able to do so much more. This is quite possibly a technical limitation from what Iâ€™ve read. There are so many ways to play this game. I only scratched the surface of it by playing a rouge/archer. The controls are more responsive and fluid than other action RPGâ€™s Iâ€™ve played.

Level Design:
The game has more of a colorful fantasy style thatâ€™s less immersive, but very neat and amazing to see at times. For the most part, each area has its own look and feel to it. The loading screens between the larger areas werenâ€™t a distraction for me. The level design reminded me more of World of Warcraft than anything else. There was only one area where the level design gave me a frustrated feeling. Thatâ€™s not too bad, considering the size of the game.

The world design felt semi-open due to there being borders everywhere. The areas felt restricted and limited in this regard. A player could only jump at certain â€˜jump pointsâ€™. Certain areas felt like dungeons/mazes, even though they were open worlds. Iâ€™m not certain why this design choice was chosen, but the world felt closed off, limited and not open due to this. The â€œborderedâ€ levels felt like playing an RPG from the PS1 era. This design led to one area being frustrating to do quests in.

Limitations:
I played this game through, and got 100% of the trophies. I played a small amount of it using a mage setup, but was wanting a way to map more abilities out. Being limited to 4 abilities at one time, I found to be extremely limiting. Iâ€™ve read that this was a limitation due to the developers needing to load said abilities into memory, and needing to quickly use those abilities. I guess Iâ€™ll buy that, but it would have been nice to have at least 2 more. It seems to really limit the mage. For the other 2 classes, it works really well. I do think this would be a problem when using a mixed class setup as well.

The other major limitation that seems to be in the game is limited inventory. 155 for your stash and 120 for your character is the max. For a game that has the appearance to value loot, this is a very sad â€˜featureâ€™. You will have the opportunity find multiple houses, which is where your stash resides, and it doesnâ€™t make sense to not have more than 155 empty slots for storage when this will easily be used up for armor sets alone.

DLC support:
This game has already had 2 full feature DLC packs released, and there appears to be promise for more in the future. EA and 38 studios managed to add more and more value, which is great for this game, to have a growing universe for your character to find new experiences. This is limited though by a level cap (40) and inventory limitations, as well as the fact that 38 Studios is no more. 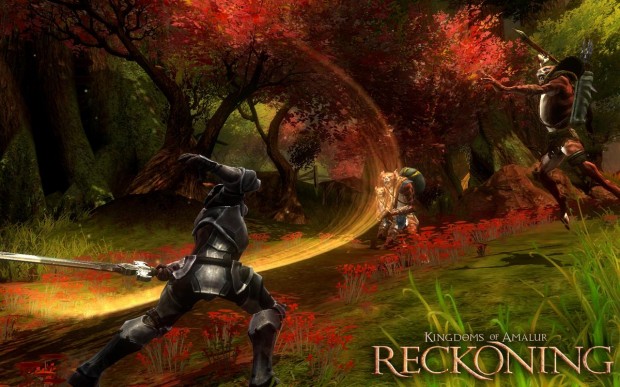 Conclusion:
I enjoyed this game immensely, until I started getting a good collection of armor, and dealing with the inventory flaws got frustrating at times. The gameplay is among the best of any RPG of this generation and it was enjoyable to explore new ways to kill enemies. For those looking for a bug free semi open world western RPG, give this a try. For those going for 100% trophies, I recommend reading through a guide prior to starting, as there are 1-2 tips that are helpful (focusing on persuasion being a big one). Iâ€™m looking forward to playing the DLC, but I have held out doing so until a patch is available due to not wanting to get inventory I canâ€™t keep. Since a patch will never be released, I do have to take that into consideration…

This review is based on a retail copy of the PS3 version of Kingdoms of Amalur: Reckoning bought by the reviewer.