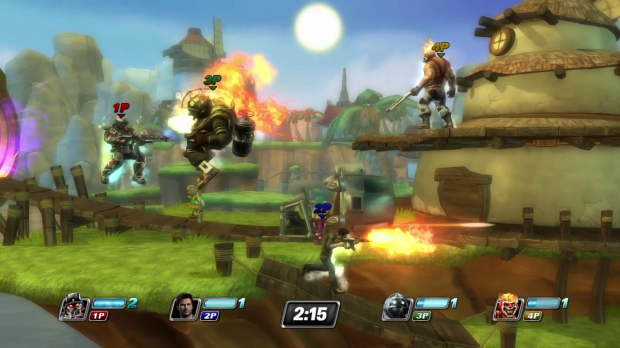 Alright, let’s get the obvious out of the way. What does this game remind you of? What other game had themed levels based on the characters, or the worlds from which they came, within the game? You guessed it. Super Smash Brothers. Except this game has Kratos, a Helghan soldier, Sweet Tooth, and the hardest of hardcore, Parappa the Rapper.

The game was originally announced back in April, and had some gameplay footage then to go along with it. At E3, however, it was revealed that Drake and Big Daddy would also be characters, and that the title will also make its way onto the Vita, with cross platform play to boot. With the inclusion of third party characters, and given that Big Daddy is even a multiplatform character, who else can we expect in the roster?

Even though it seems like a rip off of SSB, it could still be a lot of fun, at least for quick spurts of fun. As a kid, I enjoyed going over to my neighbor’s house and having tournaments on the N64. Some PlayStation fans have never played those games, so this could be fresh to them.