The Largest Army of Super Heroes is back! Jump into the heart of the Marvel Civil War as Super Heroes collide over having to register with the government. Enter the fight for Pro or Anti-Registration forces. Whose side are you on?

Story:
Iâ€™ve read a lot of great things about Marvel Ultimate Alliance, and how it was kind of like a Beat-Em-up X-Men version of Champions of Norrath. I had high hopes for Marvel Ultimate Alliance 2, and I was originally quite excited to play this game. The story ended up being a utter disappointment, and I simply completed the game because I love the “Dungeon Crawler” genre. I didnâ€™t quite understand why certain things were happening, and it quite frankly made zero sense. I will state that I donâ€™t follow comics, but I love the super hero movies and a few of the games (new batman games and a few others). There are 2 story branches that could serve for good replay value, but Iâ€™m finding it rather painful to play through a second time.

Interface:
Over all, the interface is clean and easy understand. You can quickly swap party members, upgrade skills, stats, and attach group power-ups rather easily. The interface doesnâ€™t distract from anything, and is fast and accessible. You can remove/add skill points at any time by a few simple button presses. You must also do a bit of planing since you you will gain access to team bumps in stats if you combine the 4 characters into a team that is somewhat based upon the comics (Fantastic Four being an example).

There are different character outfits you can use/attain by completing certain tasks, but I felt as if there werenâ€™t many drops/items that could be found through out the game, which I normally expect to find in a dungeon crawler.

Controls:
I rather enjoyed the controls at first, and there is a quite a bit of depth to some of the moves. There is a jump button (thank god there is a jump button), which can be used to allow certain characters to fly by double jumping, but can end up being a bad thing to do… or maybe I could never figure out how to do this well in the game.

The special powers activation is where this game really starts to become more enjoyable. There are 4 special powers each character can gain access to, once your characters start to level up. There are generally 2 ranged and 2 close combat types of attacks, which vary in usefulness/power/range. The block is generally super powerful, and blocks most attacks enemies throw at you.

Each digital pad direction is a quick select for a different character in the game.

There is also a â€˜shared ultimateâ€™ attack that can be used in combination with another player/character, which can be very helpful in boss fights, and this builds up over time, allowing 2-3 of these to be saved up for larger groups of enemies/boss fights.

Level Design:
Itâ€™s a dungeon crawler, and has fairly limited exploration, but there are things to find in the game, but they at times donâ€™t at much to the unique-ness of each character. The areas have some unique variety to themselves and there is quite a bit to interact with in the environment, which is fun.

Limitations:
Couch co-op seemed to be limited due to camera draw. Couldnâ€™t help but want more from this game.

DLC support:
DLC was pulled from all stores, and there is currently no way to access the DLC characters. Probably has to do with the license agreement expiring, but it still is weird that those who bought the DLC are the only ones to access to extra characters.

Conclusion:
I canâ€™t in good faith recommend this game to fans of Dungeon crawlers. It is more of an action game rolled into a dungeon crawler package. I did enjoy controlling so many super heroes (and a few villains as well), but that was about the only thing in this game that I had fun with. I love couch co-op games, and I did not like it one bit here – it was a mess when I played it on two occasions, with two different friends. The camera draw is awful and it seemed like the overall team was weaker. The feeling of being able to have fun playing with Marvel characters would probably be best served by playing the MMO that is free. If you are starving for a Marvel game and hate MMOâ€™s, this may be a game that can give you some enjoyment, but you should keep your expectations low. The game got old, and I can’t see myself getting a platinum trophy due how repetitive it is.

[review pros=”Many characters to choose from.
4 players couch action.
Easy to execute moves.” cons=”Story is lacking.
No variety.
Playing co-op was not as fun as it should be.” score=69]

This review is based on a PS3 copy of Marvel Ultimate Alliance 2, purchased by the reviewer. 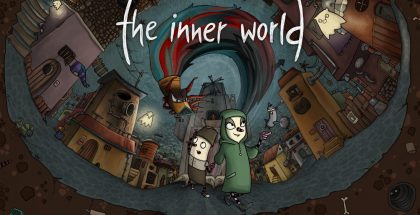