The game immerses players in the universe of Doctor Who across 600 years of history and the future. Players take on the roles of the Doctor and River Song as they travel across time and space to save the Earth, and time itself. In order to be successful, they must master the complexities of time travel through exceptional time-based gameplay – changes made in one time will impact another, creating multiple possibilities and challenging players to solve puzzles across the centuries.

The BBC went all out on this new digital adventure, and they even had both Matt Smith and Alex Kingston do voice work and motion capture for the game, bringing it as close to the show as possible.The 2D gameplay makes it easy to control both the Doctor and River, and it is easier to keep track of things than if they had decided on a free roaming 3D experience. Cybermen, Daleks, Silurians, the Silence, they are all here! If you’re a fan of the show, then you will definitely enjoy this release.The story is top-notch, and it will definitely please fans of the show. It is fanservice at its finest, and it will definitely not disappoint. 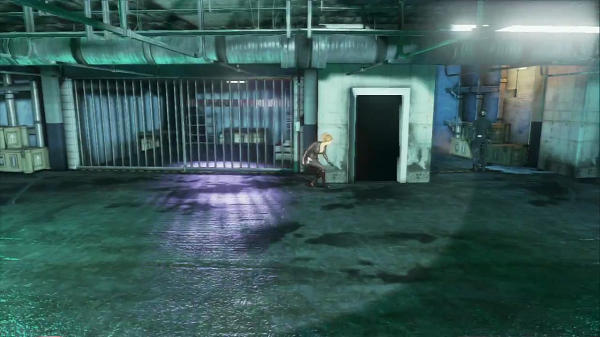 You will travel through time to move the story along, changing things in the past in order to progress in the present, so you can have a future. The Tardis, as usual, has gone wrong, and while trying to fix it, the Doctor runs into a sinister plot to take over the world (but you’ll stick to London), and must try to stop the bad guys before it is too late! Sure, this sounds like the main premise of a LOT of games, but the witty writing and delivery from Matt Smith makes a huge difference.

Unfortunately, there are some problems with the game. First of all, while there are checkpoints on each level (if you die, you’re taken back to said checkpoint), there is no way to save your progress if you have to quit mid-level. Another problem is the AI. For some reason, River just likes to jump in place sometimes, or forgets to climb on top of objects after you’re done moving things around. If you’re hit with these two bugs, you have to restart the whole level. Happened to me once, and it is a good thing that the levels are each 10-20 minutes long at most. A simple “switch to companion” button would have solved this, so maybe a patch can take care of that. 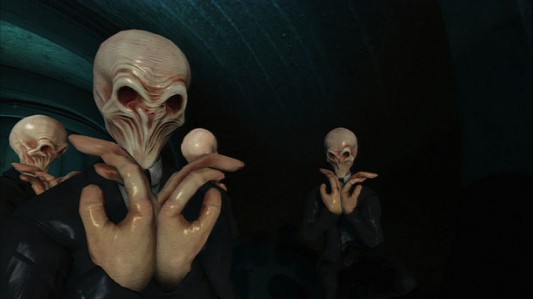 There are lots of Hats for the Doctor, as well as pages from River Song’s Diary, that you can collect to unlock several trophies. The Doctor will even make a comment on each hat once you open up the box on that contains each one, inside of your menu. They make you want to explore every part of each level in order to complete this with a platinum trophy, which is great since each level looks great, and a lot of care has been put into making sure the backgrounds show several small details and nods to the series. 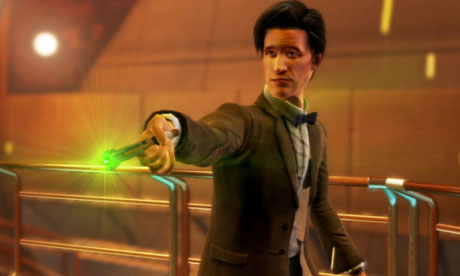 Doctor Who: The Eternity Clock is a huge improvement over all other Doctor Who games that have been release over the years. Great graphics, great writing, and the current actors lending their voice to the game make a huge difference. The AI problems might frustrate some, but give it a chance and you will enjoy the game until the end.

This review is based on a PS3 copy of Doctor Who: The Eternity Clock, provided by BBC Entertainment.