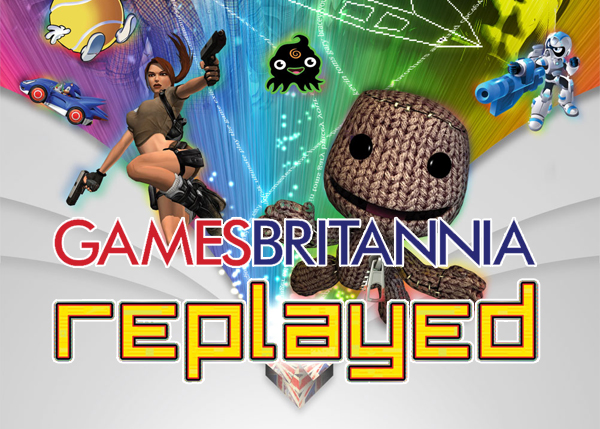 A little piece of E3 is coming to Sheffield (UK) this weekend!

Games Britannia: Replayed makes an appearance at MAGNA Science Adventure Centre, with it’s doors opening to the public on 7th July for a weekend full of gaming events and activities.

The event is celebrating 40 years of the British gaming industry; with appearances from Namco, Nintendo, Sumo Digital and more big names within the industry.

Namco will be displaying a host of their latest titles including Inversion, Tales of Graces F, Madagascar 3, Ni No Kuni and Witcher 2.

Nintendo have also confirmed they will be bringing their Nintendo Unleashed Tour to the event, which will have the latest 3DS and Nintendo Wii games including New Super Mario Bros 2, Beat the Beat Rhythm Paradise, Kingdom Hearts 3D and Kid Icarus: Uprising.

Minecraft is the videogame sensation that has revolutionised indie game development and has changed the way we look at publishing new software. Come along and play Minecraft, as well as meeting the team behind the hugely popular and entertaining Minecraft EDU.

SUMO Digital – the jewel in Sheffield’s videogame development crown, responsible for the fantastic SEGA & Sonic All Star Racing, BBC Dr Who Adventure Games and Outrun 2006: Coast to Coast will be out in full force at Games Britannia: Replayed with their latest games. You’ll have the chance to meet the team who have been trusted with Sega’s valuable videogame properties and see what is on the horizon.

SUMO will be showcasing Sonic & All-Stars Racing: Transformed at the show. Steve Lycett, SUMO Digitalâ€™s Executive Producer on the SEGA franchise will be on-hand to take any questions you have about the gameâ€™s development, and to what features and treasures you can expect when it hits the shops in time for Christmas. It is an unbelievable opportunity to get an exclusive look and hands-on with this brand new title, and of course take the chance to talk to one of Britainâ€™s top videogame development teams.

Do you think you are the best at FIFA? How about fighting games – are you a master of Street Fighter or Tekken games? Or maybe FPS shooters are your forte? If so there will be a series of gaming tournaments throughout the weekend which will give you chance to prove your skills, with great prizes supplied by publishers.

From 3D Monster Maze to Batman: Arkham City, the Best of British zone will feature some of the biggest British games, giving people the chance to celebrate games that will provide a legacy for future generations.

The Games Britannica Zone will contain the very best games on the greatest platforms from the past 40 years, but will you agree with what’s on show? Whether on PC, Console or Arcade, the organisers have picked what the consider to be the most groundbreaking games in each genre. Likely to cause debate, guaranteed to evoke nostalgia!

As well as the best in gaming, the weekend will include keynote speeches and workshops from some of the British industry’s key players.

In the 50th anniversary year of Dr No, Martin Hollis, producer of the legendary Nintendo 64 game Goldeneye, will share the stage with the man who helped to reload the James Bond game for the 21st century, Eurocomâ€™s Tony Wills.

And marking 30 years of the Football Manager franchise, original creator Kevin Toms and current custodian of the series Miles Jacobson OBE of Sports Interactive will talk about the game and management genreâ€™s lasting appeal.

Karl Hilton of Crytek, creators of the Far Cry and Crysis games, as well as the CryEngine game engines will also be coming along.

Do you want to get into the games industry? Want to know which subjects to study at school? What subjects your children should be studying at school? what courses are the best at University? The best advice is available via our industry experts, Blitz Academy and SHU.

Finally, a Replay Events show would not be complete without some of your favourite things – including Replay Ages (a nostalgic look at the progression of gaming hardware throughout the past 40 years) and the famous Replay Lounge featuring the very best in multiplayer game setups – slouch on the couch with your mates and play four player games for as long as you like.

Ticket details are as follows:

Adult Day = Â£10, Child Day = Â£8, Family Day (2 adults and 2 children) (saving of 1 child Free) = Â£28 (Please Note: Day tickets are valid for either the Saturday or Sunday event, Tickets cannot be used more than once to gain entry and once redeemed will become invalid).

You can find further details about the event on Games Brittania’s website; or if you live in the UK and would like to attend the event, you can your tickets via the Magna Science Adventure Centre website.

Sony to Acquire Gaikai for $380 million