MediaThe Last of Us
8 Comments

The Last of Us “Bill’s Safe House Cinematic”

Today’s Comic-Con panel for Naughty Dog’s The Last of Us, revealed very little about the game, although we were shown this new video, and introduced to a new character named Bill. Check it out and read the details below!

If you listen carefully at the onset of the video you’ll hear the noises and sounds of Infected as they hunt Joel and Ellie. They manage to escape into the house of some guy in a gas mask. Are they safe?
The masked man turns out to be a new character named Bill, who knows Joel somehow and, as you can see in the cinematic, owes him a favor. What for? Well, we’re not talking about that yet but you’ll definitely be hearing more about Bill and what makes him tick in the months rolling up to launch. For starters, we also revealed that Bill is voiced by accomplished Hollywood actor, W. Earl Brown, who has appeared in numerous movies including There’s Something About Mary, Scream, Vanilla Sky, and the upcoming movie, The Lone Ranger. He also played Dan Dority in the acclaimed HBO series, Deadwood.

The Last of Us is genre-defining experience blending survival and action elements to tell a character driven story about a population decimated by a modern plague. Cities are abandoned and being reclaimed by nature. Remaining survivors are killing each other for food, weapons and whatever they can find. Joel, a ruthless survivor, and Ellie, a young teenage girl who’s braver and wiser beyond her years, must work together to survive their journey across what remains of the United States.

The Red Dead Series Has a Future!? 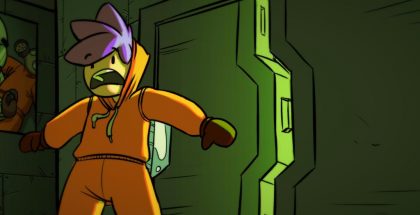