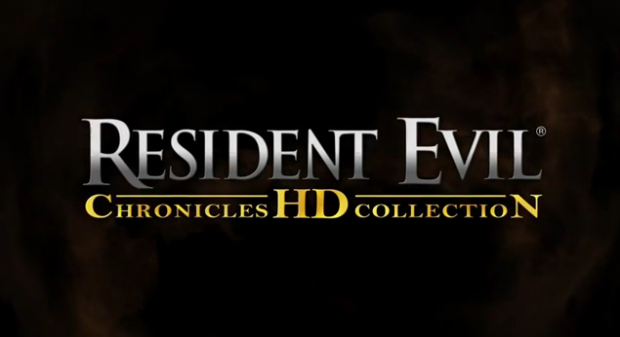 Capcom brings both Resident Evil Umbrella Chronicles and Darkside Chronicles to PlayStation 3 in one terrifying combination for Resident Evil fans. Explore your favorite scenes and moments from Resident Evil history, and experience new adventures that expand on the rich history of the Resident Evil franchise. With Trophy and Move support, as well as a new 720p presentation, you can now dive back into the action to try and stop the Umbrella Corporation once and for all.

Resident Evil Chronicles HD is actually a bundle of two formely Wii exclusives that have been ported to PSN with HD visuals, trophy support, and a digital friendly price tag. The game can be played either with the Dualshock 3 or with the Move controller and, having played both Wii games extensively, I felt more at home when playing with the Move. Since I don’t have a Sharpshooter, I couldn’t completely replicate the experience provided by the Wii Zapper, but I still had a lot of fun.

Umbrella Chronicles, the first of the two games in this spin-off series, focuses on the characters, enemies and scenarios of Resident Evil 0, 1, and 3, and it also features a new scenario not seen in the main series, thus giving Resident Evil fans something to look forward to during their journey through familiar territory, albeit from a new perspective.

Darkside Chronicles starts things of with Leon and Krauser during their first mission together. The game features a very hectic camera that tries to give the player the impression that they are “there”, right in the middle of all the action, but the constant movement and frantic spinning can make you a bit dizzy if you’re not used to games with a first person perspective. This was softened on the Wii version due to some filters and motion blur applied to the game, but it seems that those effects did not make the transition to this HD port.

It is a good thing that you can play either with the Dual Shock 3 or with the Move, so that no one is left out. Since the analog can make your crosshair move around too quickly, both games feature an auto-aim function that allows you to quickly target enemies as soon as you’re aiming near them. As mentioned before, I recommend you use Move since it is as close to an “arcade” experience as you can get.

While trying to survive the zombie onslaught, you must be on high alert so you can shoot the Umbrella logos you can find all over the game, hidden behind breakable objects, since these file, as is the case in the main Resident Evil games, flesh out the story and give you an insight on why things are the way they are.

You are graded depending on how quickly you complete each level, how many enemies you’ve killed, how many background items you’ve destroyed, by not receiving any damage AT ALL, and by other various parameters. There is a trophy (one for each game) if you can manage to get an S rating on each level on hard difficulty, and it is because of that trophy that you’ll be replaying each chapter until you reach perfection.

The Resident Evil Chronicles Bundle is the best way to enjoy Umbrella Chonicles and Darkside Chronicles thanks to the discount you get. You will need about 10-20 hours (depending on how good you are at on-rails shooters) to see everything the games have to offer, and trophy hunters should add an extra 10-20 hours on top of that. That is indeed a lot of content for less than half the price of a new release, and you really can’t go wrong by adding this game to your digital collection.