Devil May Cry has been given a reboot and the new Dante has not gone down well with the hardcore fans who were quick to judge like a father with his daughterâ€™s new boyfriend. So when I got a chance to try out the new reboot I was apprehensive myself to see if their concerns are as bad as feared or if they should not be worried by Ninja Theoryâ€™s intentions.

Taking place in a familiar eastern european inspired city called Limbo, Dante is accompanied by a female companion named Kat. Events quickly change when Dante is spotted by CCTV cameras that suddenly turn into worm like demon eyes shifting Dante into the demon realm. The city then quickly changes form as if struck by an earthquake shifting the ground and buildings around, creating all sorts of traps to kill Dante with. Kill Dante is a phrase I often saw plastered on walls throughout the demo, I was never unaware of what the enemies’ agenda was but then that was never in doubt anyway when they all came at me with sharp pointy things and giant chainsaws. Still in my hands they often succeeded until I got to grips with DmC’s combat. 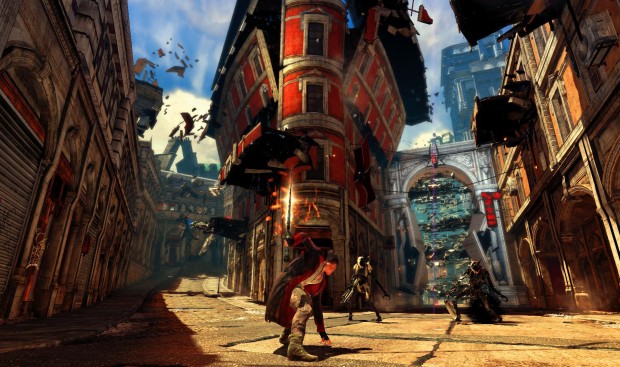 When the action starts Devil May Cry fans will feel at home instantly switching between the dual pistols Ebony and Ivory, his trusty sword and two new weapons. A large slow wielding axe and a faster large scythe are activated through demon mode and angel mode respectively. This is carried out by holding down the left or right shoulder button and then using the face buttons to attack. These powerful moves have to be used on certain enemies to break through their shields etc forcing you to constantly switch between the two requiring some tactical nous to know when to use the right weapon. As usual there is no block button so youâ€™re always on the offense and dodging incoming attacks when necessary. The demon slaying action is as fast and frantic as ever, taking place in linear corridors and you get graded on your combos.

The most interesting addition though is the hook shot which is used to pull ledges out from the walls and then also pull Dante onto them. Itâ€™s more than just a tool to explore the environment with though as it can also be used the same way on enemies. Itâ€™s particularly useful for the airborne foes whom are out of range from melee weapons. I had a great deal of fun chaining the hook shot with melee attacks to the point where I managed to make Dante a small speck in the sky as I sent him and the demons into the atmosphere. 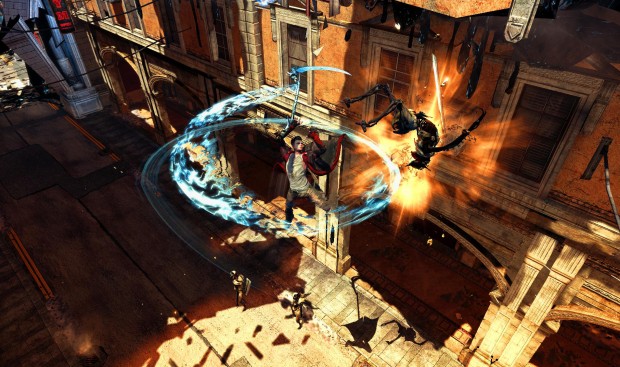 After some familiar combat the demo picked up the pace and created a chase platforming sequence, I wasnâ€™t aware at the time as I stood still and observed the scenery being contorted and malformed I suddenly found myself falling down a big hole. I couldnâ€™t help but observe as the environment was morphed in front of my eyes but stand there and admire it. A quick respawn and I was enjoying the chase as I avoided gaps and even used the hookshot in the middle of jumps to avoid more bottomless pits to oblivion. The demo then ended with Dante smashing through a window and I was wishing to see more.

I had good fun getting to know the new Dante and have no fears that Ninja Theory are more than capable at making this Devil May Cry reboot. I was left with a few reservations however, there is no targeting in combat which didnâ€™t prove much of a problem but occasionally I did find myself attacking the undesired target. The camera worked well for the most part but could still get itself stuck in walls when the combat gets into a tight corner, you can move it yourself with the right stick but this means you’re unable to defend yourself. Hopefully these are merely early development issues and will be straightened out before release. 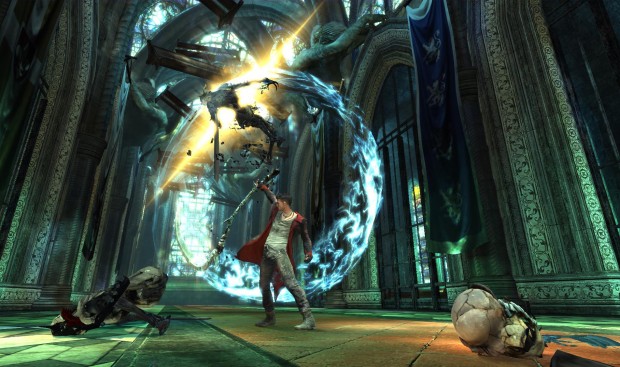 There wasnâ€™t much of a chance to get to know the new Dante personally as the demo I played as cut scenes were kept to a minimum but I had few qualms when putting him through his paces. He handles as good as ever in combat and the new hookshot has opened up some fun new gameplay options. I’m looking forward to seeing what other ideas Capcom has in-store for this reboot and I think long time fans will too once they clear initial reservations. As protective fathers of Devil May Cry I like to think they will all get along just fine in the end. 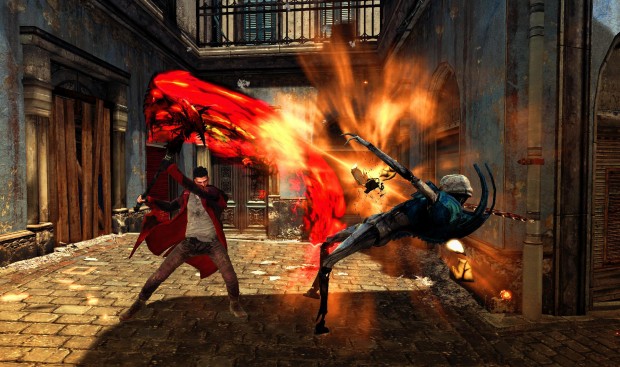