Capcom is treating Lost Planet 3 in a similar fashion to DMC: Devil May Cry by outsourcing the development to a Western studio: Spark Unlimited and at the same time giving it a bit of a reboot. Lost Planet 3 though, is a prequel rather than a full blown reimagining revealing the origins of Human colonisation on E.D.N. III. I got the chance to get my hands on a demo build of Lost Planet 3 to see if the series is back on track or if it should have been left out in the cold.

The demo greeted me with a sombre cut-scene as the new main man Jim recorded a message to his loved ones back home. 2 things hit me as this introduction played out; the first is that Lost Planet 3 would not be a fast paced, over the top and extravagant shooter. The second is that Jim looks like the result of Tim â€œThe Tool Manâ€ Taylor and Al Borland spending a little too much time together on the set of Home Improvement. Anyway the cut scene was adeptly directed and carefully edited the opening scenes played out with perfect pacing as mechs were slowly revealed whilst characters discussed the bonus situation. Perfectly setting the mood itâ€™s refreshing to see cut scenes used to develop characters rather than show off spectacular action that never have control of just to raise teenage blood pressures. 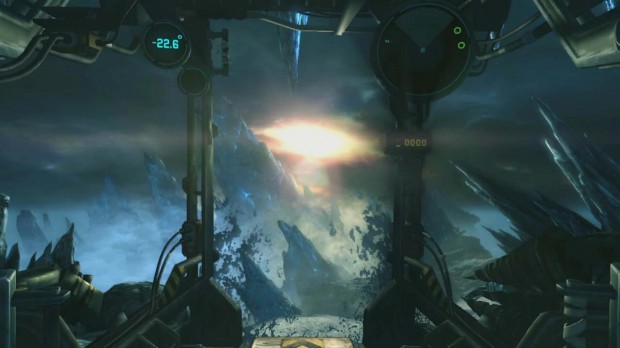 It wasnâ€™t long until I was in control of a mech and wandering out into the barren ice planet that is E.D.N. III. Itâ€™s blue, very very blue irking the style of sci-fi films from the 70â€™s with a palette comprising of few prominent colours. It looks cold and most importantly feels cold with your mech becoming frozen from ice storms; Jim had to depart his mech via a handy zip line to blast off the ice freezing up his walking tank. Exposing himself to the elements he is attacked by dark blue creatures that wouldnâ€™t look out of place in Avatar. When attacked these triggered quicktime events where you had to push their mouth away from you whilst then lining up the knife attack, this was a repeated feature in fights after they become a little close for comfort. Combat is decent although shooting felt a little inaccurate so it would be nice to see that tightened up.

Jim then traced a large unidentified heat signature inside an ice cave nearby, naturally he called for backup then turned around and went home for nice cuppa and put his feet up. Oh no wait, he got out of is mech and proceeded alone into the ice cave where he was greeted by a flippinâ€™ giant (enemy) crab. Mercifully there was a weapon crate nearby so armed with an assault rifle and shotgun Jim took on the crab by first shooting the orange pincers and then blasting away the ice on its back to expose the vulnerable, glowing orange weak spot. After this encounter Jim then proceeded to a remarkably manmade looking installation, but he thought he was part of the first colonising mission on E.D.N. III? 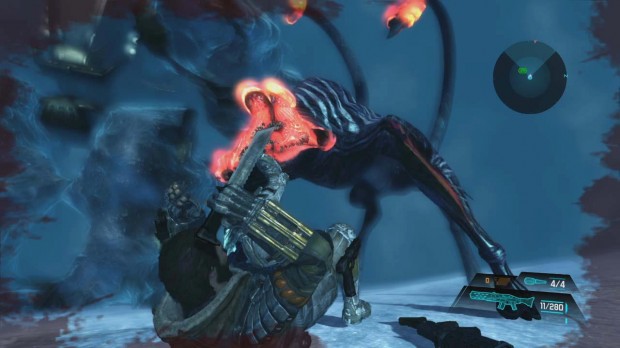 Entering this foreign structure embarked on an intriguing change of pace as Lost Planet 3 irked Dead Space as Jim searches a derelict spaceship/base. Itâ€™s dark, empty and features many a narrow corridor to explore. The Dead Space comparisons become even more apparent when bringing up the inventory which is a holographic projection in front of him. Unlike Issac though Jim isnâ€™t packing his tools (ironic considering his Home Improvement resemblance) so when events inevitably turn sour he is never in too much trouble taking out the indigenous creatures. Itâ€™s Interesting to see Dead Space 3 become more action packed whilst Lost Planet 3 has changed from a combat heavy co-op adventure of 2 to a tighter, more atmospheric piece.

That doesnâ€™t mean thereâ€™s no action present though as Jim exits the structure and faces off with another Giant Ice Crab but this time is given a choice, fight them head on, on the ground or make a dash for the safety of your mech. The mech isnâ€™t sporting the typical big lasers and missiles though; this is more of a giant power loader a-la aliens equipped with pincers and a big drill. This is put to effective use when Jim feels the pinch picking up the crab and then proceeding to drill through its back, anyone for crab soufflÃ©? 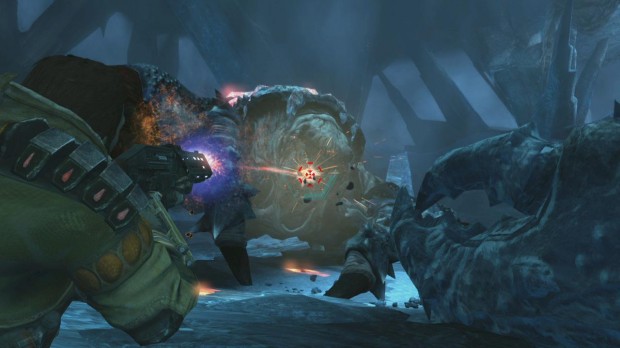 My time with Lost Planet 3 didnâ€™t leave me feeling cold; I was most impressed with the art style and pacing although not so much with Jimâ€™s decision makingâ€¦ He is a likeable character though and Spark Unlimited allows their characters to breathe and introduce themselves through an incredibly filmic film style. Thatâ€™s filmic in terms of direction not big CGI action. If Spark Unlimited can keep managing the pace and throw in a few surprises Lost Planet 3 could well prove that the series shouldn’t be left on ice.