Jasper Foreman, the lead AI Programmer on Bordelands 2, sat down with me for an interview during Comic Con to tell us more about the all new, and much “Smarter” AI. But before we get to it, check out this awesome trailer!!

WOW!! I can’t wait for September!

Read all about the new AI below!

In Borderlands 2, Jasper Foreman told me, that the Artificial Intelligence (AI), or the villains or the game, will interact with the environment, and other AI much smarter than in the first game. The AI could for example grab a rock, or break something and then throw it at you. They will dive, roll, duck and cover more, have injured movements, and even work as teams. One enemy could be drawing your fire, while another baddie works their way behind you. Others might interact more closely, in that a Midget might jump on and ride the shoulders of a Goliath, a new villain discussed later.

Besides just having more interactions, Borderlands 2 also has many more villains. Jasper said that the exact number is not known, but that there are hundreds. He said there are between 15-20 different types of enemies, and each type has variants, as seen in Borderlands. Many of the villains you have come to know and love are also back for Borderlands 2. 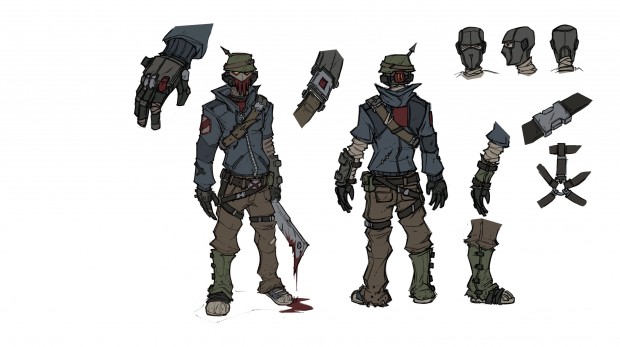 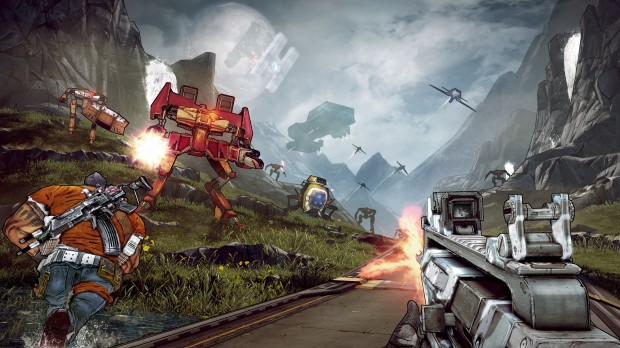 Other new villains act similar. Surveyors, a new small flying robot, with fly to other robots to add shields, or repair them. Other robots include Loaders and Constructors. Loaders are basically you killing machines, that are type “Mech” looking bots. Once again, there are many different types. Constructors on the other hand are very tough to kill. They are giant bots, that actually build other bots, and attack you with nukes! You can attack the Constructors, hitting it in weak spots and stop the production of other the bots. 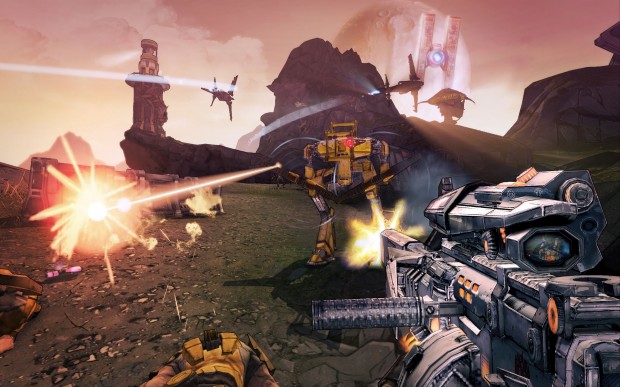 Threshers and Goliaths are two more new enemies that Foreman told me about. Threshers are burrowing, squid like creatures that can be camouflaged in the ground, and attack you without warning. Goliaths are big “hulking mutants” that wear helmets giving them a tunnel vision and keeping them in line to whoever is controlling them. You can choose to shoot the helmet off, causing the Goliath to “lose it”, grow, and attack the closest thing to him. He will then start raging and actually leveling up as he goes, becoming more and more “badass”. The better he becomes, the better the loot he will drop, but the Goliath will also become increasingly harder to kill. 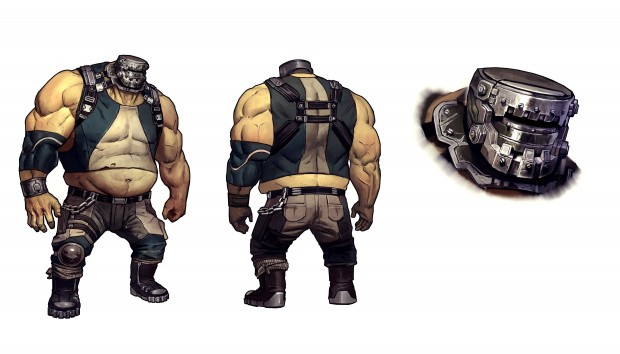 Although he said more info would be released soon, Foreman did mention to me that Vehicles have also been improved. There is now the possibility of power-sliding, but more importantly, the AI vehicles will interact better. Instead of driving in circles around you like they did in Borderlands, the drivers of the vehicles are now smarter, and can follow you, cut you off, etc.

Besides sitting down with Jasper Foreman, I was also able to play Borderlands 2 again at the Comic Con. Playing it further added to my anticipation for what I believe will be the 2012 game of the year!!

Darksiders 2 “Get to Know Death” Trailer