Mr. Kojima introduced the seriesâ€™ first ever social media content, â€œMETAL GEAR SOLID SOCIAL OPS,â€ talked about the series becoming a live-action Hollywood movie, and showed off new footage from â€œMETAL GEAR RISING: REVENGEANCE,â€ the new title that brings an all-new METAL GEAR feel to the series with its focus on exhilarating action. Furthermore, the new game engine currently under development, â€œFOX ENGINE,â€ got its first unveiling worldwide in a live demonstration of â€œMETAL GEAR.â€

Hit the jump to read all the details!

First up was the announcement of a Hollywood live action Metal Gear movie. Avi Arad, the founder of Marvel Studios, was on hand to make the announcement. “The movie will be developed by Mr. Aradâ€™s production company, Arad Productions, together with Columbia Pictures. The production and distribution will be managed by Sony Pictures Entertainment.” 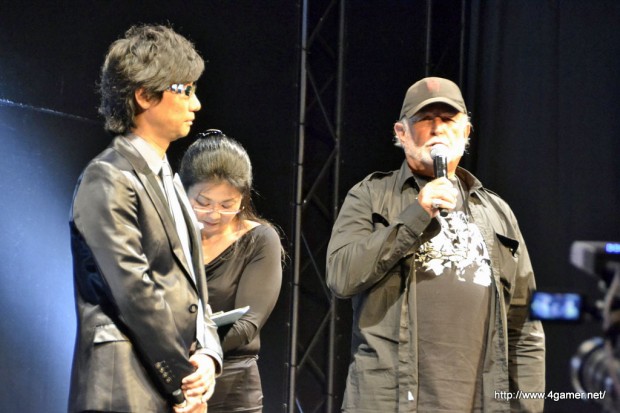 Next up was the announcement of Metal Gear Solid: Social Ops, a newly designed game coming to smartphones. 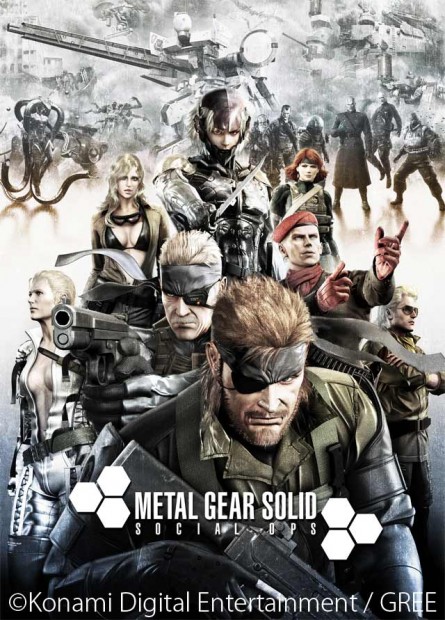 Konami Digital Entertainment Co., Ltd. will be releasing the first social media content ever in the METAL GEAR series, â€œMETAL GEAR SOLID SOCIAL OPSâ€ (hereafter â€œMGS SOâ€), developed in collaboration with GREE, Inc. for the GREE smartphone social networking service.
.
â€œMGS SOâ€ features a colossal roster of characters and mecha from the long-running franchise, and will see players infiltrating enemy territory, facing off against the giant weapons known as Metal Gears, and going on a multitude of other heart-pounding missions within the unique METAL GEAR world. All-new digital artwork and high-definition 3D visuals will draw players deeper into the experience like never before. 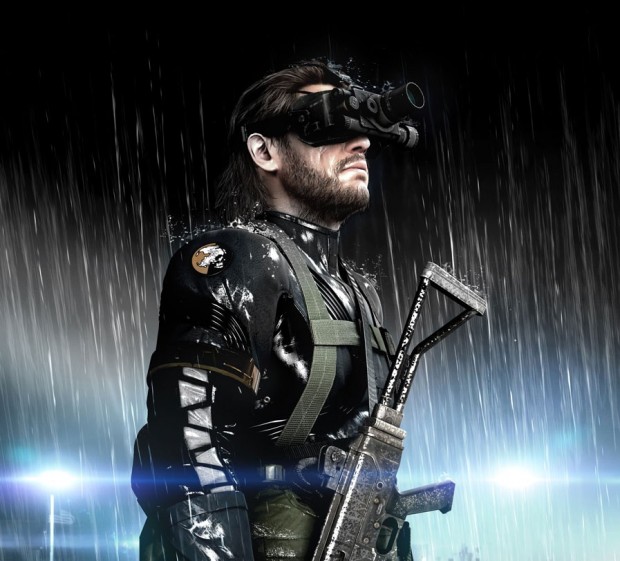 Last, but definitely not least, Metal Gear Solid: Ground Zeroes, the next installment of the Metal Gear franchise, was announced and revealed to be an open world game. It will run on the all new Fox Engine. According to 4gamer.net, it was shown on a PC, but said to have equivalent specs on the PS3. There was also some gameplay shown, but not much info has actually been released.

Stay tuned, as we will bring you all the news as it is revealed, and our very own PaulFierce will be attending the Konami 25th anniversary event during PAX PRIME, and bring us the latest!

Need For Speed Most Wanted: Find It, Drive It Trailer