Papo & Yo is the story of a young boy, Quico, and his best friend, Monster. Monster is a huge beast with razor-sharp teeth, but that doesnâ€™t scare Quico away from playing with him. That said, Monster does have a very dangerous problem: an addiction to poisonous frogs. The minute he sees one hop by, heâ€™ll scarf it down and fly into a violent, frog-induced rage where no one, including Quico, is safe. And yet, Quico loves his Monster and wants to save him.

As Quico, players will build their friendship with Monster by solving puzzles together and adventuring through a magical, surrealist world. Players will need to learn to use Monsterâ€™s emotions, both good and bad, to their advantage if they want to complete their search for a cure and save their pal.

Papo & Yo is a game that helped Vander Caballero exorcise his demons, and it is a release that will definitely be used in favor of the “games are art” crusade. As you’ve read, Quico has entered a strange and yet familiar world full of wonder and magic, where he can quickly change things around by using his imagination and skills. This is a very interesting game that brings something new to PSN, and it is the type of exclusive I want to see more of.

The first screen in the game sets the mood for your adventure, as Caballero presents us with this message:

“To my mother, brothers and sister, with whom I survived the monster in my father.” 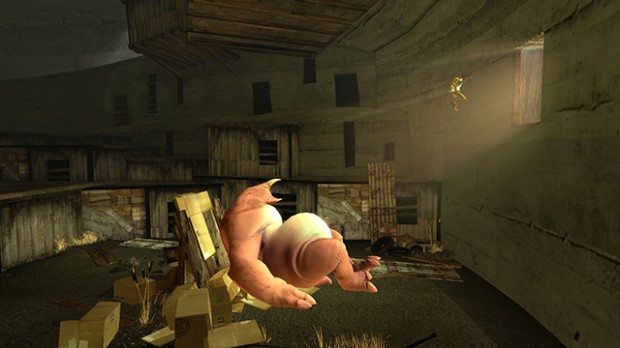 You’ll be running, jumping and climbing around a stylized version of a favela, which are poor slums in Brazil that roughly 12 million people call home, trying to be a part of Monster’s life as he enters and exits your adventure. You’ll sometimes need Monster’s help to make it to hard to reach spots, but then there are times when you’ll have to run far, far away from him, or else you’ll feel his wrath. The favela itself is more colorful and vibrant than its real life counterpart, and it almost feels warm and caring, as if the favela is taking care of Quico by allowing him to manipulate the environment with wind-up keys and levers that pop-up here and there. 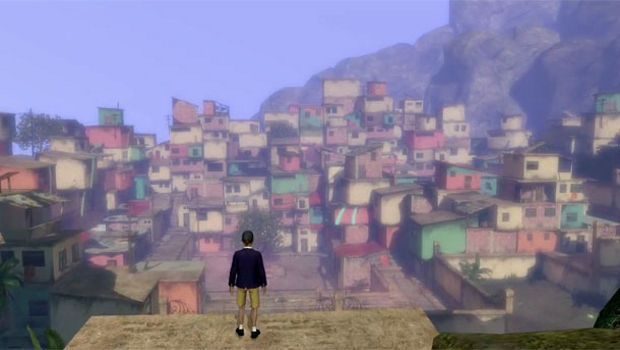 Monster is not bad to you most of the time, but if he ever sees a frog, you’ll better be ready. Monster will madly dash towards the frog and, unless you can manage to grab it and smash it against a wall, he’ll eat it and transform into your worst nightmare. This is Caballero venting about his father’s alcoholism and how it affected his relationship with him, and until you feed Monster a special fruit that will make him vomit the frog (similar to how vomiting the alcohol would make someone feel a bit better), you’d better stay away from him. 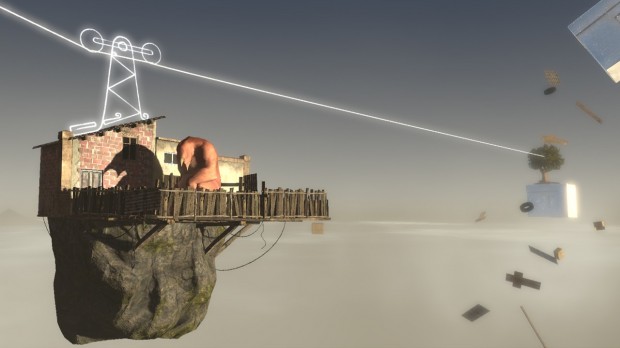 Look at the screen above. Lovely, right? You’ll be on a roller coaster ride full of excitement and emotions, and by the time you reach this point in the game, relaxing for a few minutes helps you reflect upon what Caballero must have gone through during his childhood, always running from a monster he still loved, and whom he should have admired, but was instead afraid of.

The game is not perfect, as there are some textures that don’t look as great as Monster and some of the environments, and there is some slowdown here and there, but lets not forget this is an indie game at heart, and that if it made it to the finish line it is because Sony believed in its potential. After having played the game start to finish, I can say that Sony made the right call. 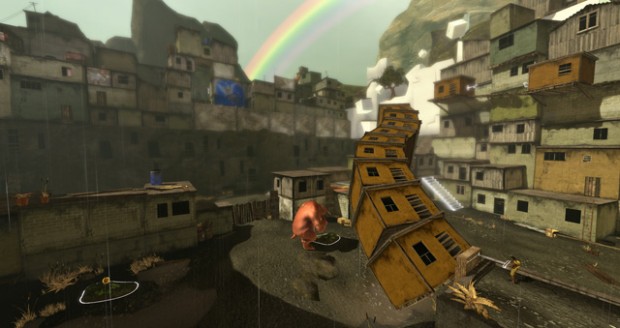 Papo & Yo is a fun platformer that at times makes you forget about the dark story behind the making of this game. The underlying theme lets us know that there is a light at the end of the tunnel, and that we must always be strong enough to carry on into tomorrow. By the time it is all over, the music, the rich environments, and the interactions between Quico and Monster will have won you over.

[review score=”87″ pros=”Great artstyle.
Deep and meaningful story.
Easy to understand and enjoy” cons=”Some washed out textures here and there, but not a dealbreaker”]

This review is based on a PS3 copy of Papo & Yo provided by Minority Games.