It’s been just a little over 3 months since Battlefield 3 Premium was released to the public and although it was widely accepted by majority of the gaming community, the subscription package still had a fair bit of convincing to do in order to ensure it’s success.

Now, 3 months and 3 DLCs down the line, Battlefield Premium is reaping rewards and praise from Battlefield gamers everywhere. To date, we have seen the likes of the Back to Karkand, Close Quarters and the recent Armored Kill map packs being unleashed, with a further 2 more DLC packs (Aftermath and End Game) heading your way over the next 6 months or so.

As we have come to expect over the years, most First Person Shooters now tend to include approx 4 maps in each DLC release – Armored Kill follows suit and comes packed with the following goodness:

– All-out vehicle warfare on four huge maps.
– Includes the biggest map in Battlefield history.
– Five new vehicles, including two tank destroyers (M1128 Mobile Gun System for US and 2S25 Sprut for RU), two mobile rocket artillery vehicles (M142 HIMARS for US and BM-21 for RU) and a Quad Bike.
– Also features the AC-130 Gunship – 2 seats for gunners and a para-drop slot that is always open to deploy in. The pilot, however, is AI controlled.
– New “Tank Superiority” game mode.
– All maps playable with all six game modes.
– 5 new vehicle unlocks for the base game.
– 5 new assignments.
– Up to 20+ unlocks for new vehicles.
– Up to 7 flags on PC conquest and 5 flags on Console conquest.

Right. I think that’s all the goodies listed from the DLC – now let’s have a brief look at each map.

All of the maps packed in this DLC are set in the surroundings of Iran, with exception to Armored Shield. Those who play Battlefield 3 regardless of platform will already know that more or less every map included with the game and the previous DLC packs tend to be rather large in size – and I don’t mean this in terms of the size of the DLC to download, but more in the direction of the virtual surface area covered during a match – and you’ll be glad to know that Armored Kill doesn’t sway away from this at all. 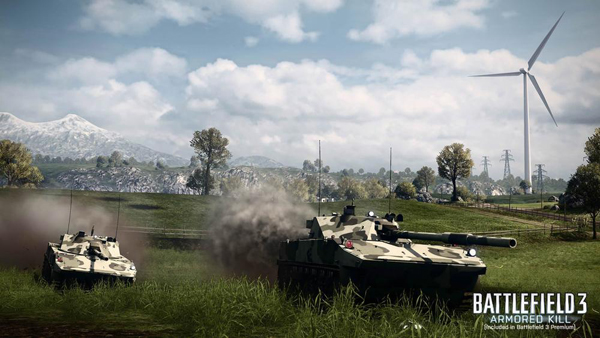 Set in the outskirts of Sanoy, Russia – this is the only map featured in the DLC which has not followed the theme of being set in Iranian territory. The beauty of this map is that those who love their vehicles can enjoy increased superiority due to the large, open fields which surround the rural farms and settlements. If you’re looking to dominate the map then you better get into Usain Bolt mode and dash over to that AC-130 as quickly as you can.

Whoever secures the AC-130 first is sure to give everyone on the map a headache, not to mention knock up kills fast! 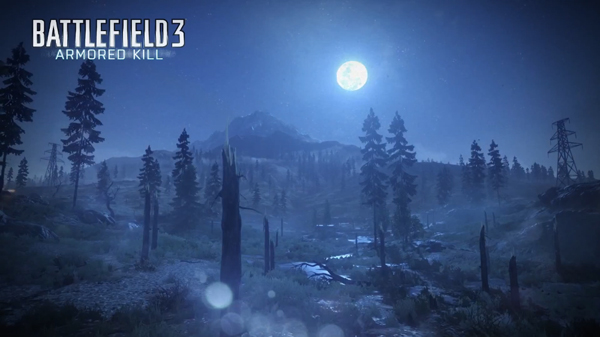 The setting of this particular map sees you on the border of Turkmenistan and Iran. Featuring a large under-construction building with plenty of roads passing under a rail yard, you have to be very careful you don’t get caught out by the ground vehicles that can, at times, move around undetected due to the uneven terrain – not to mention that the battle takes place during the night making it even more tricker to spot your enemies.

If you’re not already used to it, you better start using that select button to start spotting and ensure your team can nail that sucker down! 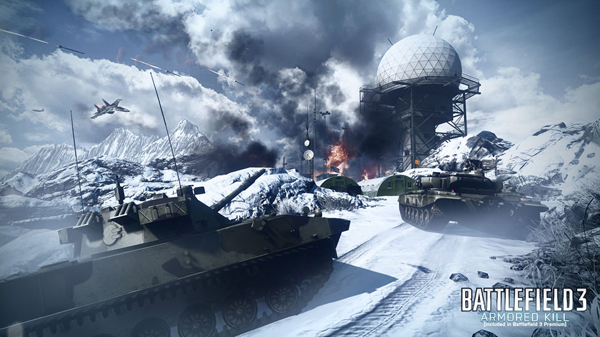 This snow-covered mountain range, surrounded by a frozen lake and a thick forest, is located in Northern Iran. The mountain range, which also includes Mount Damavand (Damavand Peak anyone?), is the only map in Battlefield 3 to include a snowy terrain. We’re all pretty much in love with the witchcraft of the Frostbite 2 engine, and trust me – the snowy conditions do look and feel great.

This is the first and currently only map to feature snow in Battlefield 3. Whether we’ll see more maps with snowy terrain in future DLC is yet to be known. 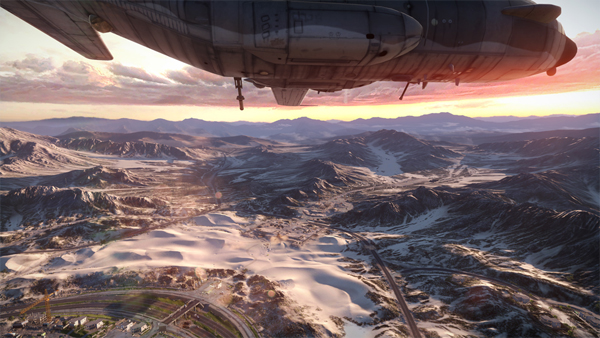 Bandar Desert is located near Bandar Abbas in Southern Iran. Prepare to be blown away by the sheer size of the map. The map is touted to be the biggest map we have ever seen in a Battlefield game, covering roughly 5 square kilometers of space. It is approximately two and a half times the size of the Caspian Border map.

Did I mention this map is HUGE? If you’re not in the habit of running from your spawn point to the point of action, which in this case can be faaaaaar – then you may as well start learning how to use those vehicles, as moving on foot on this map (unless you’re near the action) is pretty much pointless. This map, even though it’s massive, has been described as a “small bay with a modestly sized desert in the center” – it also has some residential development close to shore with an artillery base not too far away. 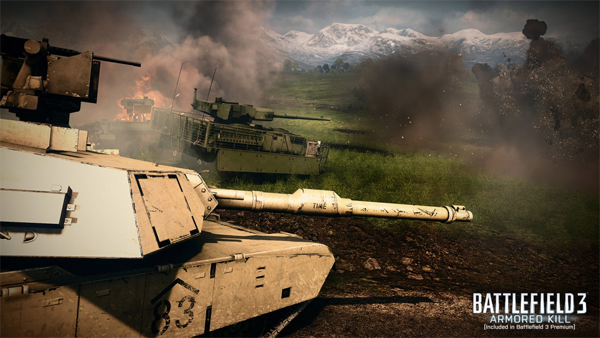 Yet again, DICE fail to disappoint us. They’re constantly thinking of creative ways to keep us engaged and this time around they’ve introduced a new game mode – Tank Superiority.

The objective of this mode is to battle for a single flag, with one battle tank looking to take on multiple tank destroyers. With the flag mainly placed in an open yet hard-defended environment – this game mode is more about strategy and those with the better strategy are more than likely to succeed. Although I cannot see this mode taking precedence over the more natural, common game modes such as Rush, Conquest or Team Deathmatch – it certainly is a nice one to have, a variant for those that believe they are the elite when it comes to commanding a tank.

With the introduction of the new Tank Superiority mode, the game is ever changing – constantly keeping gamers engaged. Although the pick of the crop from this DLC for me has to be the Alborz Mountain map, Bandar Desert is an impressive map too – purely due to the sheer scale of it’s size. However it is a victim of it’s own doing. Why? Well, if the PS3 was capable of running a 64 player multiplayer mode rather than the 24 then this map would be a perfect fit.

Even with 24 players shooting each other down in a Team Deathmatch, the map feels… a little spacious.

For those that haven’t yet made the jump to Premium, you are missing out on some great DLC for one of the most realistic war games currently dominating the games market. The Armored Kill DLC hasn’t only extended the life of the game, but proven that DICE are continuously looking at new ways to tackle gamers behavior by dropping such great content at their door.

This review is based off a Battlefield Premium Subscription DLC Pack

Fuse from Insomniac Coming our Way in March